Here in the Northern California foothills fall is in the air. We’ve had a bit of rain, nighttime temperatures are dipping and if you look at the ridges the leaves on the hardwoods have gone from green to brown and soon they’ll be bright yellow.

On the trout fishing front, it won’t be long before handsome holdover rainbows and reclusive browns that spent the summer feeding in deep water migrate back into shallow water making themselves ideal targets for both topline trollers and bank anglers.

I really enjoy targeting trout during the fall. The fish are typically ready strikers and the fishing pressure at most destinations is light. Over the years I’ve compiled a short list of go to trout techniques that typically produce solid results during the fall and early winter. Let’s take a closer look…

Sep’s Strike Master Dodger Teamed With A Worm Or Fly 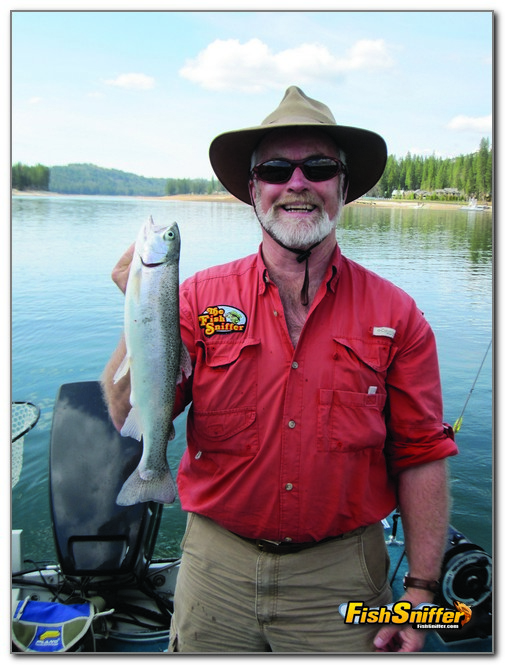 Sep’s Strike Master dodgers fill an important spot in my trout trolling arsenal. They are the dodger I reach for when I want some attraction, but don’t want all the vibration and flash created by a standard size herring dodger.

Sep’s Strike Masters are oval shaped and measure 2.5 by 3 inches. They work well when trolled from 1 to 1.5 miles per hour. When I’m fishing in higher elevation lakes during the fall the trout are typically pretty aggressive, but they can be spooky at times so I like the subtle action Strike Masters offer.

Typically when fishing a lake like Caples or French Meadows, I’ll run a threaded mini-crawler about 12 to 14 inches behind either a brass/chrome or watermelon colored Strike Master. High elevation trout earn their living gobbling up aquatic insects and they seem to have a real sweet tooth for worms.

At lower elevation lakes where open water baitfish such as shad and pond smelt are the primary forage, I’ll often team a chrome or watermelong Side Kick with either a baitfish imitating trolling fly or a Gulp! Minnow. The small blade creates just enough flash and vibration to pull in the trout and adds just enough action to flies and soft plastics to make them look alive. 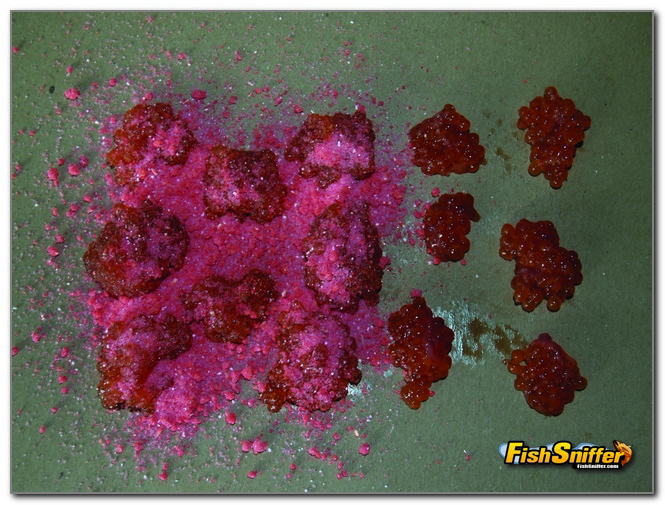 Browns residing in lakes and reservoirs gravitate toward tributaries in the fall and early winter. Browns are fall/winter spawners and they will ultimately surge into these tributaries to complete the spawn process.

In the days and weeks before spawning activity actually occurs, the browns stack up around the mouth of the tributaries. Often times large rainbows will be found in the same area, drawn there by the opportunity to gobble up wayward eggs once spawning takes place.

Both before and during the spawn, both browns and rainbows will enthusiastically pounce on a well presented piece of roe. Trout roe works best for catching trout, but dime and nickel size pieces natural colored salmon roe works well too.

Fishing the roe from a boat or the bank is simple as long as you remember one thing. The roe needs to be fished near, but not on the bottom. From a boat you can either drift or anchor and mooch the roe 6 to 18 inches from the bottom. Using a reel loaded with 8 pound test line and a 6 pound fluorocarbon leader, pin the roe on a No. 8 hook and employ a single split shot to get the bait down.

When fishing from the bank, the same rig can be used, but you’ll need to employ a slip bobber rig to get the bait into the strike zone.

If you decide to give roe fishing a try, I urge you to release most of the fish you hook. When you find yourself in the right place at the right time, it can be easy to hook big spawner browns and the last thing you want to do is harvest too many of these magnificent fish when they are most vulnerable.

Slip Bobber Teamed With A Worm, Minnow Or Jig 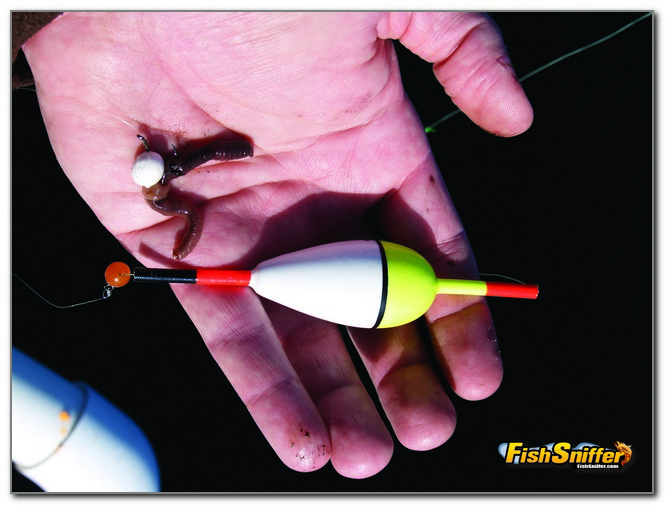 Slip bobbers offer trout anglers important advantages.  First and most importantly they allow you to present baits and jigs at specific depths.  This allows you to put your offering in the trout’s strike zone and keep it there. Most of the time I present trout baits along the bottom, but in the fall the trout are often cruising fairly close to the surface.

Secondly, slip bobbers allow the fish to take your bait without feeling significant resistance. This is important when the fish are behaving tentatively since if they feel any unnatural resistance they will likely spit out the bait.

For those who have never fished with them slip bobber rigs can seem complicated however they are really quite simple. Begin with a light action spinning rod spooled with 6 pound monofilament.  Thread your line through a plastic or string bobber stop. Then thread on a 1/8 inch plastic bead followed by your bobber.

Below the bobber tie on a small black swivel. Above the swivel place one or two large split shot on the line. To the swivel attached a 30 inch 6lb test fluorocarbon leader. Tie a #8 or #10 wide gap short shank hook to the business end of the leader and you’re ready for action.

Before baiting the hook you’ll want to adjust the bobber stop for a desired depth.  This process is simplified when fishing from a boat with sonar unit. If you don’t have a fish finder or are bank fishing you’ll have to do a little guess work as to the best depth to target. In general you’ll want to present your bait just above the depth at which the trout are holding. Remember trout see upward, if your bait is below their depth they will not notice it.

To adjust the bait’s depth simply slide the bobber stop up your main line until it is the desired distance from the hook. The bobber stop can safely be reeled onto your spool allowing you to cast with only the bobber and leader protruding from the tip of the rod regardless of how deep you will actually be fishing.

In terms of bait, most of the standard offerings such as worms, salmon eggs, crickets, and mealworms will produce results. You’ll want to avoid using floating baits such as PowerBait, which tend to create a lot of tangles when used in conjunction with a bobber.

For me night crawlers and live minnows produce the most consistent action. If you’re interested in big trout a lively minnow is hard to beat however be sure to check the regulations before using minnows since they aren’t legal at some lakes.

When you get a bite, it’s tempting to rear back and set the hook right away. However, it’s smart to fight this urge. When the fish are inactive, they will often mouth the bait and swim around with it for a period of time before swallowing it. If you set the hook too soon you will often miss fish. I like to give the fish 30 seconds or more to fully commit before I close the bail.

In addition to natural baits, jigs teamed with slip bobbers can pay dividends. For artificials rig up the same way as described for bait fishing simply substitute a small 1/32 or 1/16 ounce tube or marabou jig for the bait hook. When using jigs I like to wiggle my rod tip.  This causes the jig to move up and down erratically, imitating a wounded baitfish. A strike is signaled by the bobber twitching under or moving sharply on the surface.  When this happens, it’s necessary to set the hook quickly and with authority before the trout can spit it out.