Plastic worms are the most versatile bait available to the bass angler because they exploit the most fundamental weaknesses of the bass. Black bass are opportunistic predators that look for easy to capture, easy to swallow meals and nothing short of live bait fills the bill as well as a well-presented plastic worm.

Add to that, the fact that once a bass commits and sucks in a worm it has a realistic feel that encourages the fish to hold on and it starts to become clear why worms have been a top producer for so long. Let’s take a closer look at some worm fishing tackle and techniques!

When I first started bass fishing, I quickly accumulated a massive selection of worms in a myriad of colors as most worm anglers do. More recently as my fishing success has improved the total number of worms I carry has actually decreased. Based on research done at the Berkley fishing laboratories, color is the least important factor in whether a bass will strike given bait running a distant third behind action and profile. Based on my field observations, I heartily agree.

At this point I carry worms that range from 4 to 8 inches in length in both flutter tail and straight tail configurations. In the smaller sizes I learn toward baitfish imitating translucent hues such as light blue, smoke and clear flake. Most of my larger worm arsenal is composed of darker more crawfish like colors such as watermelon, motor oil and black.

I think it is important for the individual angler to experiment and determine which colors work best for them. This will insure that they have confidence in the baits they are throwing and as we all know a bait you have confidence in catches more fish, because you put more effort and time in fishing it correctly.

Once you’ve settled on a selection of worms, it’s time to add some wide gap worm hooks in sized 2/0 through 4/0 and a few No. 8 octopus hooks for drop shotting. In terms of weights you’ll want a good selection of split shot, bullet weights from quarter to one ounce and a few quarter ounce tungsten drop shot weights. A small selection of glass beads and swivels rounds out the necessary terminal tackle. 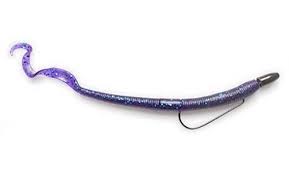 This is an old standby that just about everyone knows. The Texas rig refers to both a method of hooking a worm and a fishing method. A worm put on the hook Texas style runs straight and is weedless with the hook point buried in the worm’s body. Since a worm rigged in this way can be worked around the nastiest structure it is a popular hook rigging method for a variety of fishing techniques.

In the classic sense the Texas rig consists of a worm hooked Texas style with a bullet weight on the line directly above it. Out here in the west this method isn’t used as much as it is back east, but it can be highly effective. The most popular way of fishing this rig is to cast the worm toward promising structure, allow it to sink to the bottom and them begin slowly inching it across the bottom.

Fished in such as way the worm looks like a substantial meal that a bass can pick off with minimal effort. In addition, since bass spend a lot of time feeding near the bottom on crawfish and other prey items there is a very good chance that a worm fished this way will be in the strike zone of the bass on any given day. 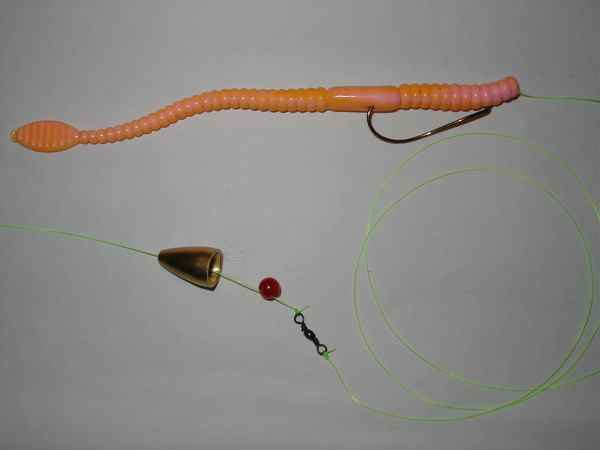 This is a method that pros use to put big numbers of fish in the boat, yet you’ll seldom see a casual angler utilizing it. To set up a Carolina rig, slide your main line through a half to one once bullet weight, slide on a glass bead behind it and follow the bead with a swivel. To the swivel attach 18 to 36 inches of leader material tipped with a Texas rigged worm.

This rig is great for working water that is 15 to 30 feet deep thoroughly and quickly. To fish the rig, make a long cast into open water that features bass holding bottom structure such as stumps, boulders, ledges or a creek channel. Once the rig sinks, start crawling it across the bottom.

Periodically stop dragging the worm and shake the rod tip. This will cause the weight and glass bead to work against each other and the bottom, creating vibrations that draws bass close to investigate. This is great method to use for seeking out fish at an unfamiliar lake and it is also a winner for pinpointing bass on lightly fished offshore structure.

A finesse fishing variation of the Carolina rig is the split shot rig. This rig utilizes a spinning outfit spooled with 8 pound line with a Texas rigged worm tied directly to the main line. One or more split shot are placed on the line 12 to 20 inches above the worm. A trick I often use with this rig is to place a glass bead on the line before tying on the worm. I then put on a pair of split shot about an inch apart with the glass bead sandwiched between them to create vibration. 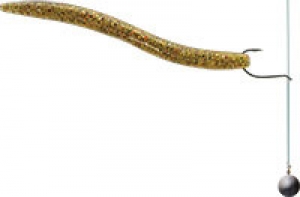 Before tying the knot, slide the hook about 24 inches up the line. With the hook in place put a tungsten drop shot weight on the tag end of the knot. The distance between the tip of the tag end and the hook determines how far you’ll be fishing the worm off the bottom. With the hook and weight ready to go, pin a small baitfish imitating worm on the hook with the hook point exposed.

This is the ultimate finesse rig and it can be fished a couple different ways. When you are marking numbers of fish suspended or holding near structure the rig can be fished vertically below the boat. To do this simply drop it down to the desired depth and begin subtly shaking the rod tip. This causes the worm to move erratically like a distressed baitfish and will often coax inactive bass to suck it in.

If the fish are scattered over a wider area the rig can be cast and worked back toward the boat. To do this allow the rig to sink, drag the worm a few feet, let it set while shaking the rod and then retrieve it a few more feet. The drop shot really shines in clear water lakes when the bass are holding in water that is deeper than 15 feet.