(Reno) The fishing at Pyramid Lake isn’t on fire, but it has been consistent. For anglers willing to put in their time, big fish are the reward at the end of the line.

Don’t expect to catch a lot of fish, but any time you have a line in the water at this amazing lake, you have a shot at a trout that may exceed twenty five pounds.

Local trophy trout expert, Brad Stout, related a great shore fishing expedition during gale force winds on an early December outing. In a recent conversation with Brad, this writer insinuated that Pyramid has been a little slow.

Brad contended back with, “I had a great trip the other day ago. The wind was howling. I couldn’t hardly cast thirty feet, but it didn’t matter. The fish were so close in. I landed 16 fish in 3 hours. None of them were huge; the biggest may have been 8 pounds. They were mostly Pilots with green tags in their backs.”

This just proves that good things can happen for persistent and determined anglers.

Pyramid Lake legend, Jeff Morris, has been mixing it up alternating between shore and boat trips. On a recent trip, Jeff put his buddy, Todd, on Todd’s new personal best Cutthroat. Todd’s fish was 33 inches and weighed in just a little over 15 pounds. Todd caught the fish while slowly dragging a Flatfish on the lake’s south end. 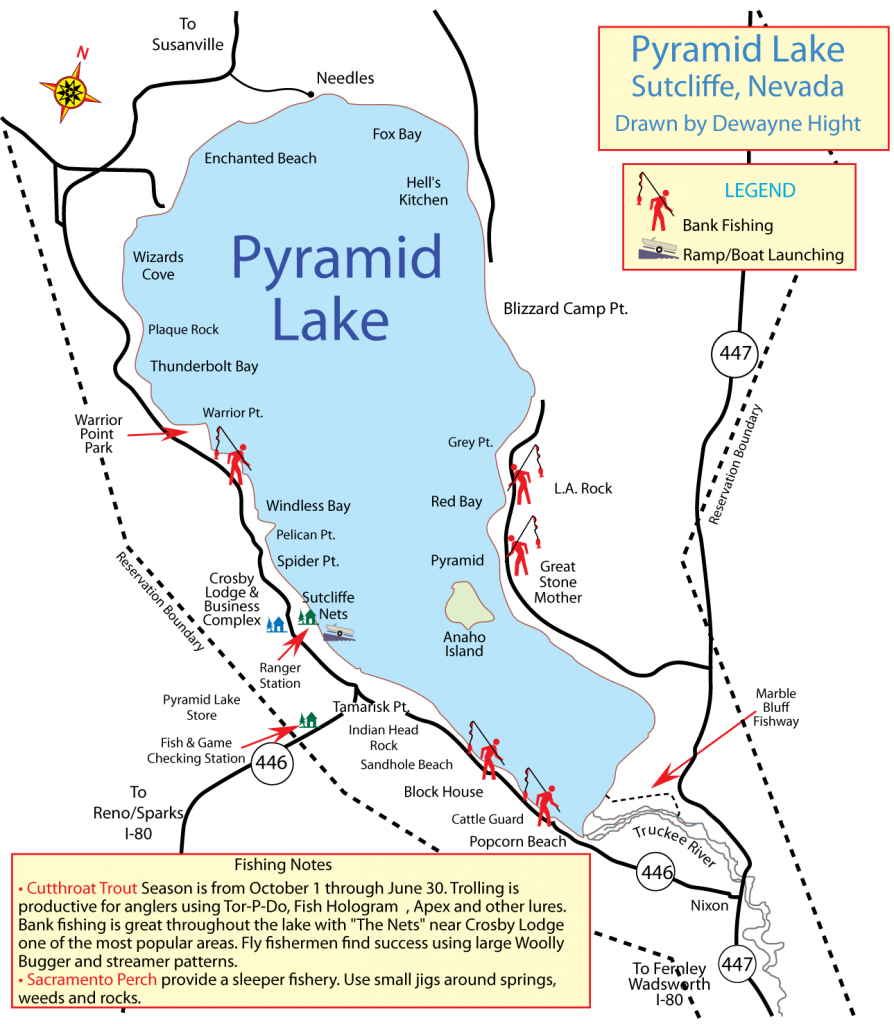