(Redding) The 2015 river salmon season officially closed on December 16. Fishing during the final week of the season was fair and steady for a mix of mainly dark fish in the 15 to 30 pound class.

Now that salmon season is a memory, Sacramento River anglers are turning their attention to wild rainbow trout and steelhead fishing.

Kirk Portocarrero of SacRiverGuide.Com describes the trout fishing as excellent at this time with anglers picking up as many as 30 fish per trip. There are decent numbers of steelhead mixed in with the trout, so you never know what your next hook-up might produce.

Portocarrero is fishing the stretch from Bonneyview to Jelly’s Ferry.  Both egg patterns and mayfly nymph imitations are drawing strikes for fly anglers.

Conventional tackle anglers are drifting with glo bugs, beads and Pautzke Salmon eggs. When the trout are feeling aggressive, back trolling small crankbaits like Wiggle Warts and Flatfish is a great approach.

As of press time, the river was running at 4,250 cfs and was low and clear, but a major storm is on the way that threatens to blow the river out for a few days. 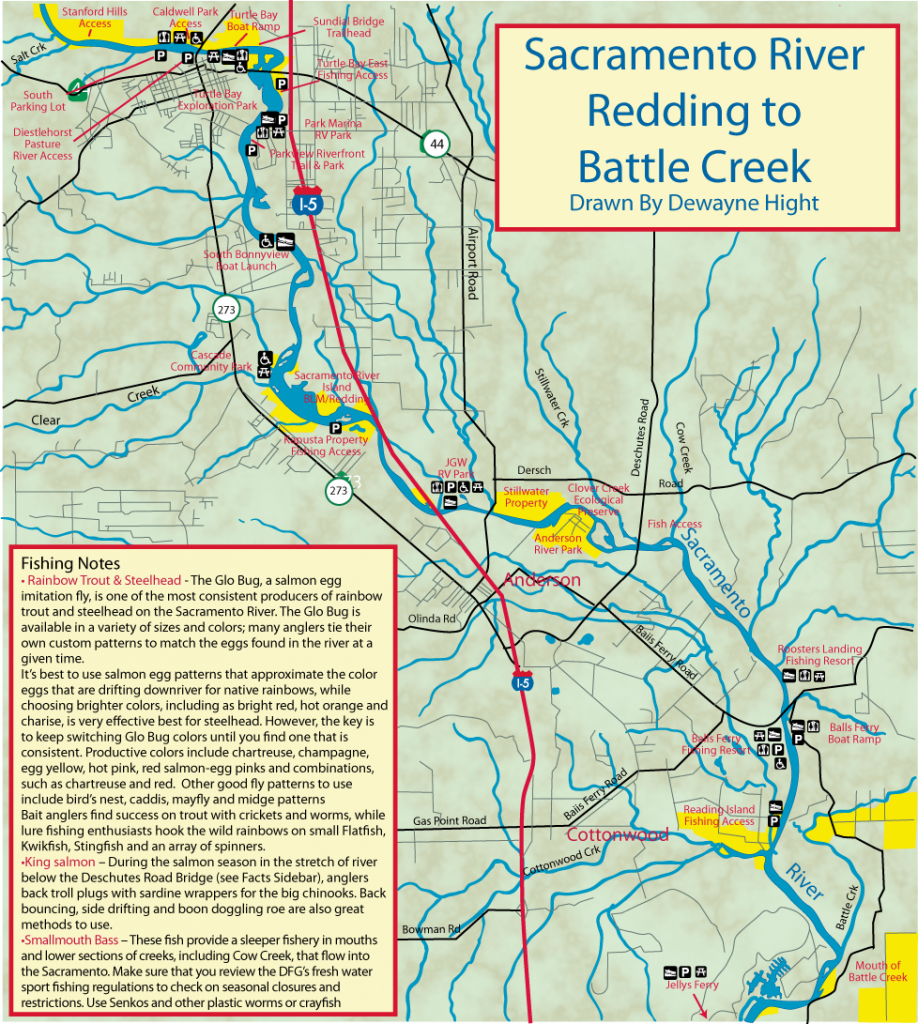