California’s longest concrete river, an oasis for anglers living in the Central Valley.

My legs began to cramp up as I made another 20 yard dash along the road.  My body couldn’t keep up with the excitement running through my mind.  Splash after splash, I could see the silverside minnows leaping into the air escaping the predators from below. I was chasing striper boils along the California Aqueduct.

The most sought after fish are striped bass.  They are the most abundant species found in this water system.  There is also a healthy population of black bass, catfish and carp that anglers target.  Several species of panfish such as bluegills, crappie, perch and redear thrive here as well. 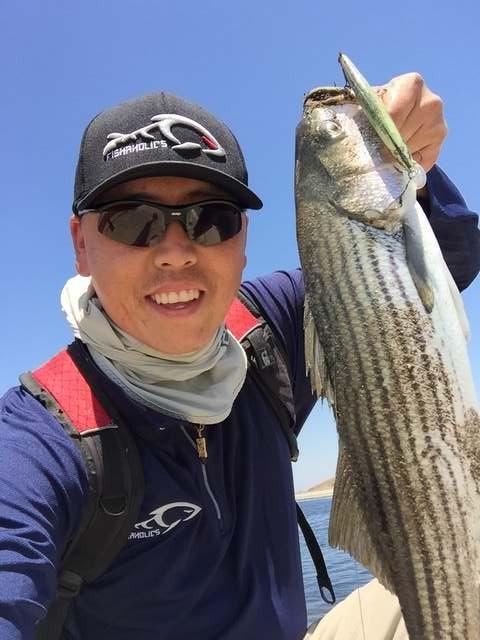 In the late spring to early fall, the canal walls are cluttered with a healthy population of silver side minnows.  Predatory fish also feed on sculpins and shad that populate the region.  The delta smelt make a home here as well.

There have been unconfirmed reports of anglers hooking into giant sized fish, only to find out when they reel it in, that it’s a sturgeon.  A steel head was recently caught and confirmed by two DFW officers as the angler reeled it in.  This canal is full of surprises.

The fish here can grow to great proportions.  In recent weeks, we’ve seen stripers in the 35 inch to 42 inch range pulled out by anglers.  One of the behemoth stripers caught had a 2lb largemouth bass inside of it along with several other smaller sized baitfish.  Sometimes you’ll see entire sections of the aqueduct light up with surface activity.  Pop after pop, splash after splash of non-stop feeding frenzy.  It’s a sight to excite any angler.

There are 16 designated fishing access points along the California Aqueduct.  Biking and fishing are allowed along most of this concrete river.  With the recent vandalism, theft and littering, sections of the aqueduct have been closed off.  Anglers are taking the blunt of the blame from state water authorities.  Fishermen are encouraged to report suspicious activities and pick up after themselves.

A popular location to get started are check gates.  These are huge automated gates that allow the flow of water through the California Aqueduct.  They create disturbances in the water when the water is flowing which attract predatory fish.

Grates can concentrate baitfish therefore attract predatory fish.  These are cutouts on the walls of the canal and are shielded by metal screens to filter out vegetation.  Grates are most abundant where there is farm land because farmers use them to pump water for irrigational purposes.

Open water can be one of the most productive and least popular area to fish.  With miles and miles of canal water to cover, it can be an intimidating area to fish.  Key features to look for when fishing open water are bends in the aqueduct.  Any change in water flow will concentrate fish.  Sometimes cover such as weed edges or the occasional sunken car can concentrate fish in this expanse of water.

There are a variety of lures and baits that work at the California Aqueduct.  Getting started with cutbaits such as anchovies, liver or live minnows work well.  There are certain times of the year this method will out fish artificial lures. 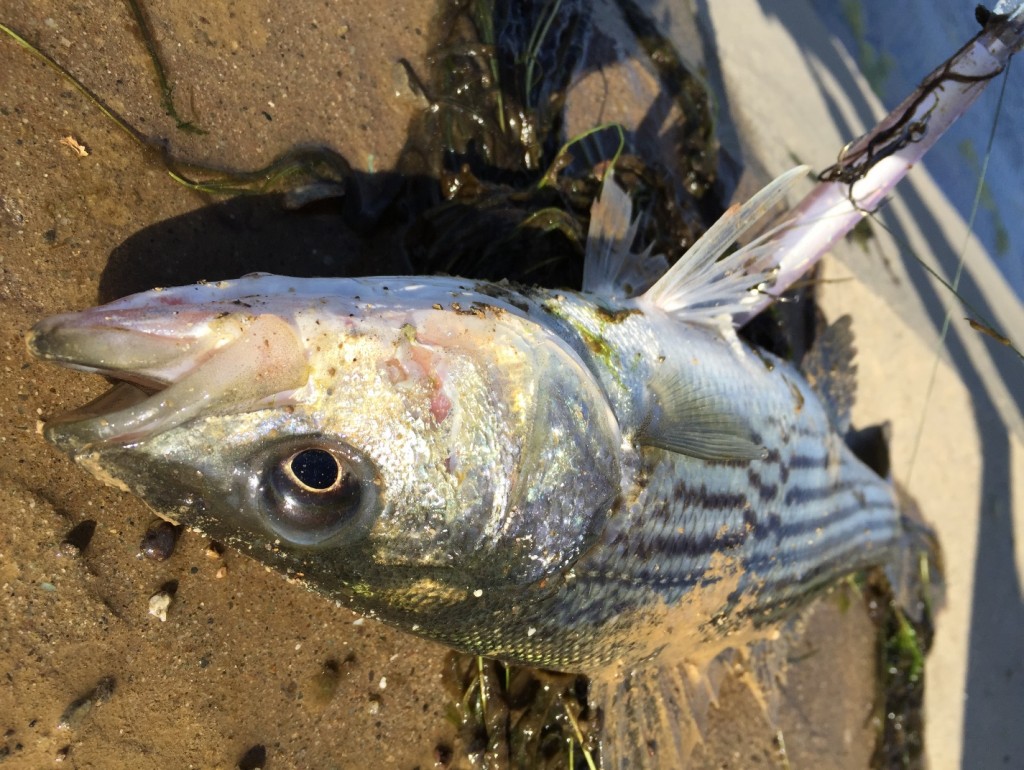 If you’re not the type that likes to sit n wait, casting jerkbaits such as SpeedLures, Duo Realis or Luckycrafts will get the job done.  Using these lures in the early morning or late afternoons work best.  In the winter time, stripers will relate deeper in the water column.  Using deeper diving lures such as Lipless SpeedLures, rattle traps or flukes paired with a jig head can entice stripers to bite when bounced off the bottom.

A technique that is slowly trending is to use a planar board and troll along the California Aqueduct.  You can keep the lure in the strike zone for the entire stretch of water.  It’s a great way to search for fish and cover a lot of water rather quickly.

The sight of seeing an entire stretch of water blowing up with activity, the excitement from catching fish after fish in the middle of nowhere and the backdrop from the orange glow as the sun rises over the valley floor.  Just reading about fishing the California Aqueduct isn’t enough.  You have to experience it for yourself.  Who’d a thought all this could come from a canal running through the desert.