It’s been a tough bite these past few weeks fishing at the California Aqueduct.  I was able to land several stripers using a planar board paired with a SpeedLure jerkbait.  I was trolling about 10 feet from the canal wall. 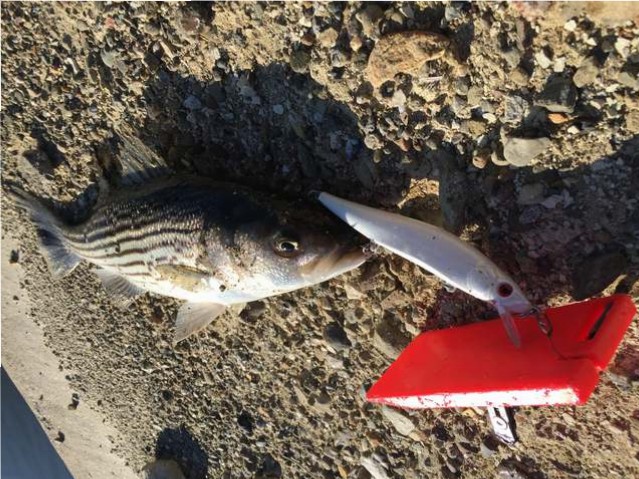 Typically, this time of year stripers will relate closer to the bottom.  On a recent trip, I noticed stripers were feeding off the remaining scattered baitfish swimming near the surface.  The planar board kept my lure right in the strike zone for these feeding stripers.  They slammed the lures as I was walking down the paved road.  Most strikes came from stretches with change in the current such as bends in the aqueduct.

Casting lures near bridges worked for me as well.  Being higher in elevation allowed me to see how these stripers were reacting to my lure.  You can tell they’re less active as they glide up to inspect your lure from the depths.  Occasionally, you’ll get one hungry enough to slap the lure and hook into it. Most bites came right next to the canal wall, just two feet from the edge.  They’re really honing in on the locations of these bait fish. 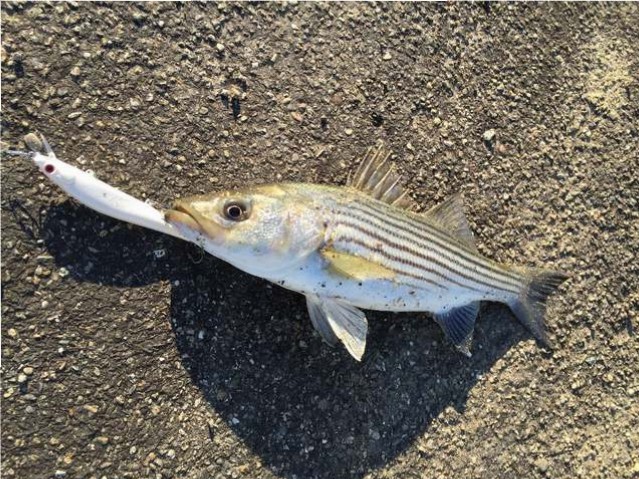 Water visibility is slightly stained in most areas.  Water is flowing in most parts of the aqueduct and best time to catch fish are early mornings and late afternoons.