Fishing during the dead of winter can be challenging. Sure there are some good bites available, for example steelhead are hitting in several different rivers and lakes like Shasta and Berryessa are booting out good numbers of bass. Yet overall, fishing is fairly slow at most destinations and fishing pressure is light.

This being the case I figure this is a good time to toss out a few winter fishing tips that might just help you put a few fish on the stringer if you do decide to hit the water in the coming days and weeks.

Trout When The Water Is Cold And Stained 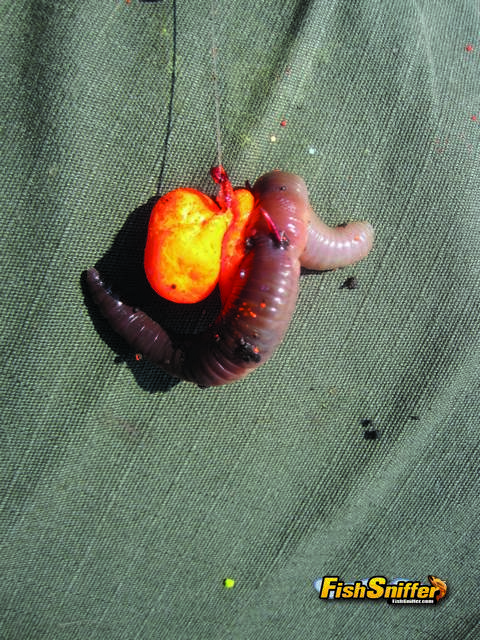 When it comes to bank fishing for trout, the two most popular baits to employ are either commercially prepared dough or worms. Of course dough baits are naturally buoyant. Worms tend to sink slightly slower then the proverbial rock, so you’ll have to take steps to make your worms float.

Worm floatation can be accomplished by teaming your worm with a marshmallow or injecting your worm with air using a worm blower or hypodermic needle. In most cases I prefer to float my worms with an injection of air, because this makes for a more natural looking offering.

Commercial worm blowers are basically plastic bottles that have a needle attached. My only complaint about these worm blowers is that the needle is usually thick. This punches a big hole in the worm allowing a good portion of the air injected into the worm to escape. A hypodermic needle does a better job, but they are difficult to get. Farm supply stores are the best source for hypodermics that I’ve found.

I firmly believe that a worm gives me two distinct advantages over dough baits. First of all, experience has demonstrated that worms provide me with the best shot at hooking holdovers and wild trout such as the elusive brown trout that call many of our lakes and reservoirs home simply because worms represent a “natural” bait. A worm is “real” meat and the trout know it.

Secondly unlike dough baits, worms appeal to all of a trout senses. Dough baits put out lots of scent, but their visual attractiveness is limited to an array of bright colors. Worms take things a step farther. Like dough baits worms put off scent, but they also offer eye-catching movement as they wriggle and undulate. These subtle movements can be the difference between a hookup and a rejection, especially when the trout concerned in an experienced holdover or wild fish.

At times when the water is stained and cold, adding scent to the worms greatly aids trout in finding them and results in more strikes. You can certainly apply paste scents to the outside of the worm with good results, but a trick I like to employ is injecting my worms with bait oil. Oil is lighter than water and will actually float the worm off the bottom. As it slowly leaks out of the worm a scent trail is formed that leads cruising trout back to the bait.

Anise oil is my favorite scent for this technique. It’s a sweet scent and I’ve found that all species of fish including trout respond well to it. 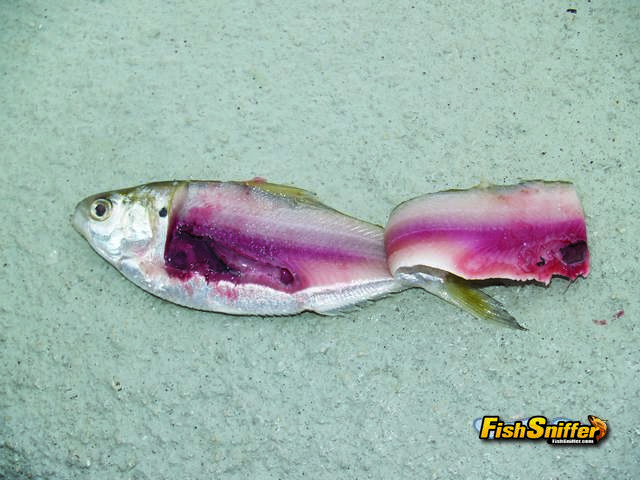 One of the reasons that stripers are such a beloved gamefish is that at one time or another they will hit cut baits, trolled lures, casted plugs and even flies.

Having said that, day in day out all season long, soaking bait yields the most consistent striper hookups in Delta waters.

A skilled bait angler approaches the sport with the mindset of a chess player. Their goal is to catch big numbers of average size stripers as well as stripers of trophy proportions. They understand that in order to attain this goal they have to weigh a list of variables including location, weather, temperature and the time of the year to name only four, and then formulate a plan that will lead to success.

When the water is warm say 55 degrees or above, a shad bite will begin with the rod tip wiggling a bit and then it will bob up and down and few times before being pulled down in the balancer toward the water. At that point line generally begins streaming off the reel against the clicker.

When the water is cold and muddy like it is right now the shad bite you are likely to see occurs when a bass move up to the shad, sucks it in and then just sits there. The result is that the rod will tip downward in balancer and perhaps shake a little, but virtually no line will pay out of the reel.

With this type of bite the proper course of action is to pick up the rod without raising the rod tip. Next take off the clicker, engage the reel and slowly retrieve line until you come up against firm weight. When you feel weight immediately set the hook with authority.

Remember, just because a fish doesn’t run with the shad, doesn’t mean it is a small fish. When the water is cold I’ve seen 20 plus pound bass take the bait very gently. 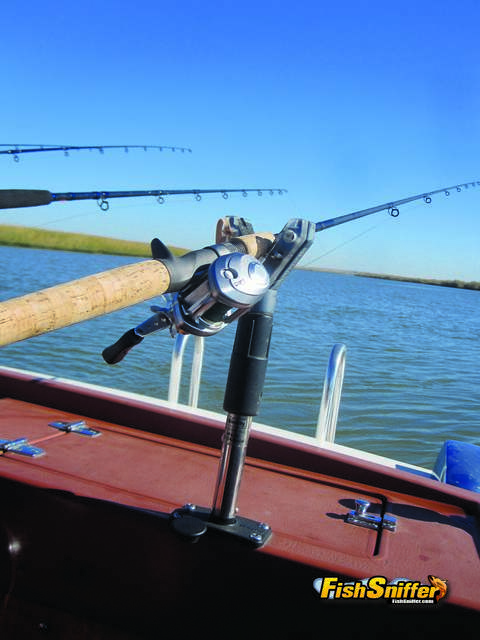 The vast majority of the time when Golden State anglers head out to a reservoir they are either hunting for trout or black bass. The fact of the matter is that by limiting themselves to these species they are overlooking one of the largest, hardest fighting freshwater gamefish available…I’m talking about channel cats.

From Shasta in the north to Don Pedro in the south, over to Berryessa and up to Folsom almost all of our reservoirs hold solid numbers of big channel cats that are seldom targeted by anglers.

While channel cats can be hooked all year long, the winter months are actually one of the best times of the year to pick a fight with a catfish of true trophy proportions.

Sure cold water makes catfish sluggish just like any other fish, but during wet winter weather run off pouring into lakes and reservoirs snaps catfish out of their winter slumber simply because the cats know that the run off sweeps a plethora of feed into the lake. Beetles, crickets, worms, lizards and drown mice…It’s all there for the picking, all Mr. Whiskers has to do is follow the sweet smell of the inflowing run off to the dining room table!

I actually prefer fishing off the bank to fishing from a boat when targeting winter channel cats. The fish tend to stack up very close to the shoreline right where runoff is flushing into the lake. Typically, I’ll position my bait within 10 feet of the shoreline.

When rigging up I typically don’t employ any weight. I simply attach a swivel to the end of my braid and add a 24 inch 25 lb mono leader tipped with a 6/0 Gamakatsu octopus hook attached via an egg loop knot.

With this rig I bait the hook, toss it into the water and let it filter down to the bottom. At that point I put the rod into a holder and leave the reel out of gear. When a cat moves in and begins mouthing the bait, I want it to be able to move off without feeling any resistance.