As we headed out Wednesday January 20 with rare dry skies, flat calm weather and primo tides, Norm Perry assumed his usual spot on the port bow. Norm travels the world in his quest for fishing adventure and knew these tides were special.

From the ferocious hordes of bluegill and crappie that keep Lake Berryessa swimmers at bay to the ravenous under size striped bass of the Napa River, Norm has seen it all.

For further proof of Norm’s fishing prowess one need look no further than just above the trophy covered mantle (and just below Fish Sniffer CEO Dan Bacher’s picture) of his home where a massive rainbow trout that fell prey to a pink marshmallow at the Cow Palace Boat Show is on display for all to admire. 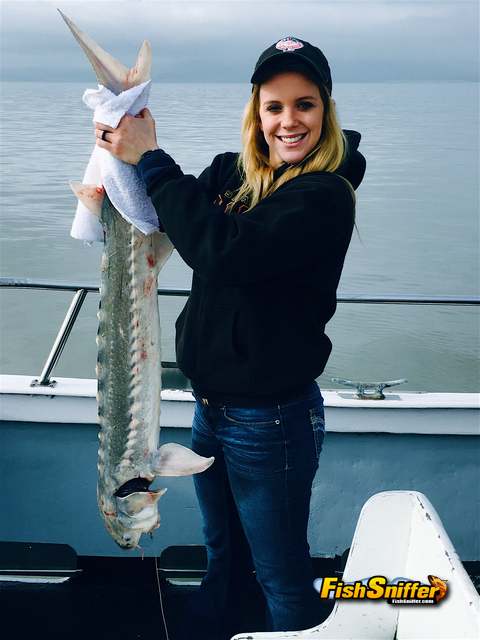 Yet, in spite of this worldly pursuit of action and adventure, sturgeon have remained elusive to Norm.

“Let’s Dance!” shouted Norm as the somewhat startled (though delighted)  “Disco Deck Dog” thought he was sincere. There was just enough tide to catch a couple 7 pound bass that were welcomed aboard. It was slack water and we were on our way to China Camp.

No sooner were the lines in the water north west of the Pumphouse when Jim H yelled “Fish on the stern!” Moments later our first keeper sturgeon of the day jumped and splashed about and dragged poor Jim all around the boat in its futile attempt to escape.

All aboard cheered and applauded as the Deck Weight Lifter dumped the obvious keeper from his monstrous net onto the deck. All aboard but Norm, that is. No time for such trivialities.

Moments later the Walmart Walleye Whacker rod with the Zebco Sturgeon Spanker (as seen on TV!) reel were hooked up! “Fish On The Bow!!” bellowed Norm. Could this be the elusive sturgeon that has become Norm’s life pursuit?

The Walmart Walleye Whacker groaned under the pressure as the Deck Athlete stood by with his ridiculously large net. Moments later (thanks to our Deck Kung Fu Master’s cat like reflexes) an 18 -1/4 inch bass was squirming about on the deck.

“That’s even bigger than my rainbow trout from the Boat Show!” screamed the clearly delighted angler. The action fizzled and we weighed anchor.

Next stop “Gee Spot” (so named for a legendary Morning Star angler). 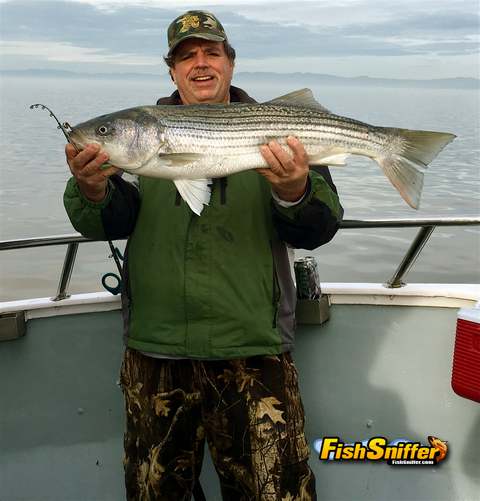 By the time we arrived at Hot Spot Number Three the tide was right and the sturgeon were biting! Bill H was first to hook up. Between the fast tide and faster fish we nearly had to chase this one down, and when it finally did surface (about 30 minutes later) it looked way too big…but close enough to measure.

To the delight of all (with the possible exception of Jim H who bid aloha to his pool money) this one was just right at 58″ to the fork of the tail.

Dennis P was next to hook up and made quick work of a feisty 47″ sturgeon. While he was battling, the now greedy Bill H was hooked up again! Briefly. This one got away. All the while this was going on there were enough legal bass and shaker sturgeon to make for an interesting afternoon for most aboard. 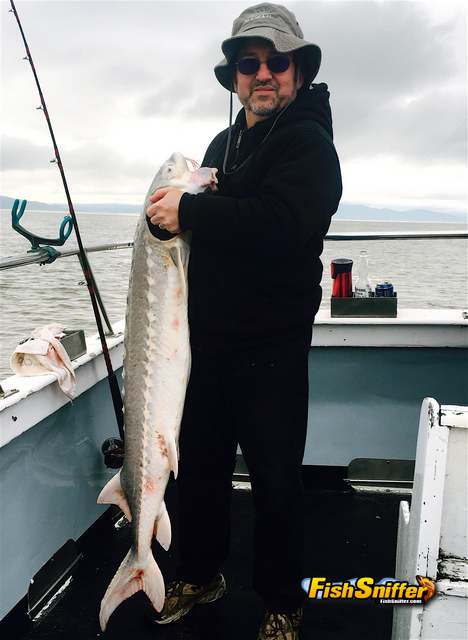 Just as the clock was about to run out on Wednesday’s trip the Walmart Walleye Whacker was hooked up again. And this was no 18-1/4 inch bass! This fish zoomed under the boat and around the boat dragging Norm on a Morning Star tour with the Deck Ballerina in hot pursuit with his silly net.

When the behemoth finally emerged from the muddy depths all aboard gasped! This was no sturgeon, but rather a gigantic bass!!!

“This is the greatest day of my life!” shouted the ecstatic angler. Mine too Norm…mine too.