When it comes time to set the hook with various baits and on various species of fish the approach is pretty simple and universally accepted.

Working a topwater walking bait is a perfect example…You’ll see the bite before you feel it, but you don’t want to swing until you FEEL the hit. The approach is the same if you’re targeting largemouth bass in Florida or stripers in the Port of Sacramento.

If I had to point to one species of fish that creates the most anguish among anglers in terms of the hookset required, it would hands down be the sturgeon.

Here’s what we know, follow closely. It’s crucial that you keep eagle eye attention on your rod tip because sturgeon bites are often subtle because the baits are tiny and you’ll want to set the hook with all your strength at the slightest wiggle of that rod tip ‘cause if that ‘ol diamond back feels resistance its bye bye baby…. 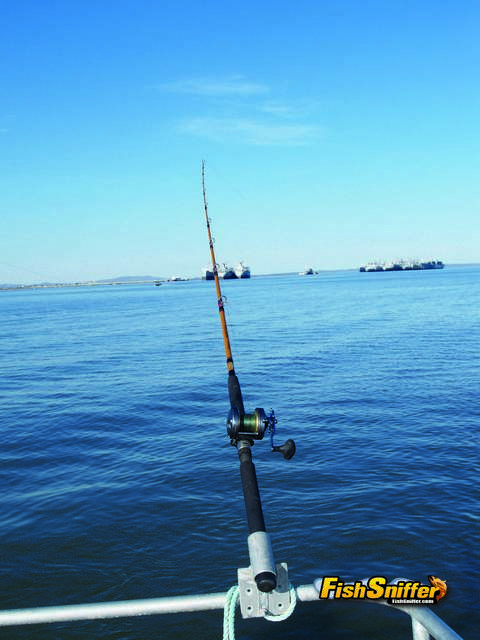 That’s it; look thoughtful and shake your head knowingly. And why not? This seems to be sage advice until you consider the biologists in the northwest that catch and release sturgeon for scientific purposes utilizing set lines armed with circle hooks, baited with whole or half American shad. These baits average about a pound each!

I’d like to tell you that there is a one and only way to hook a sturgeon that is actively trying to suck the bait off your hook, but that would be pure fantasy. I’ve seen a lot of great sturgeon anglers hook sturgeon both in California and in Oregon. What I can do is relate what I’ve seen, but be forewarned that a lot of what you’re about to hear is contradictory.

The first school of thought we’ll call the Captain Barry Canevaro approach. Barry taught me how to hook sturgeon so this is more or less the way I approach it. Barry is a big pump guy. He likes to fish with the rod balanced and sets the hook when the rod is traveling downward in the balancer or is pinned as far down as it will go. Barry loves to soak eel. It produces strong pulls that are perfect for balancer fishing.

When you employ this method you undoubtedly leave fish “on the table” so to speak, that didn’t bite hard enough to elicit and swing from the angler. On the other hand, you don’t often swing and miss, provided you set when the rod is traveling down or is pinned.

Using eel and a set of Fish Hookers balancers a few years back my wife Gena and I landed and released six keeper and oversize sturgeon in a single night. Pretty good for two people that are by no means sturgeon fishing experts!

The next approach to consider is the complete opposite of the Barry Canevaro school of thought. We’ll call it the Shrimp and Worm Approach. 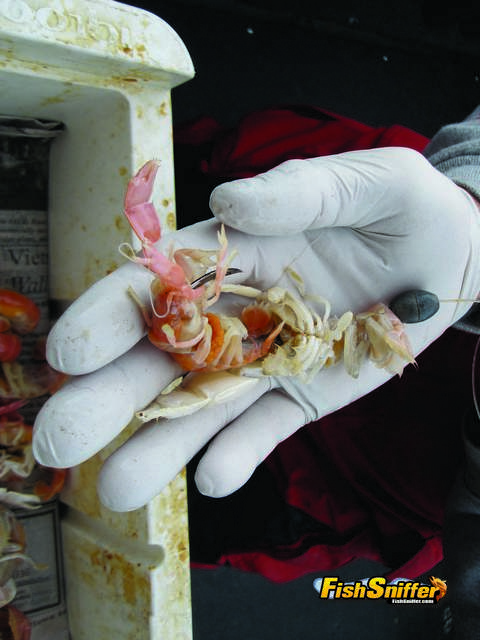 Baits like grass shrimp, pile worms, ghost shrimp, bloodworms and mud shrimp tend to draw lots of attention from small bait stealers. Everything from tiny bullheads, to flounders to juvenile stripers will pick away at a hook adorned with shrimp or worms.

The problem is that 200 pound sturgeon also enjoys nibbling away at shrimp and worm baits. When they do it, they might pump the rod tip down or they might create no more tip wiggle than a 3 inch bullhead. This is why the shrimp and worm crowd fish with a hair trigger.

They may fish with their rods in their hands, in balancers or in rigid holders. No matter how the rod is situated the hookset is initiated at the slightest prolonged wiggle of the rod tip. I’ve seen shrimp and worms guys set the hook a dozen times on a single tide.

Okay, now let’s travel up to the northwest. Last spring I had the pleasure of fishing the Columbia River with Dan Ponciano of Dan Ponciano’s Guide Service and Alex Brauer of Fish Marketing.

Once we had the boat anchored, Dan broke out a bunch of 3 to 6 inch smelt for bait. These he pinned on 4/0 hooks tied to leaders constructed of braided line. There herring were used whole. The hook was imbedded in the bait’s head and the leader was half hitched down the bait’s body such that it would lay straight in the current.

Bites came quickly and we had a minimum of 50 bites on the day and hooked dozens of fish. 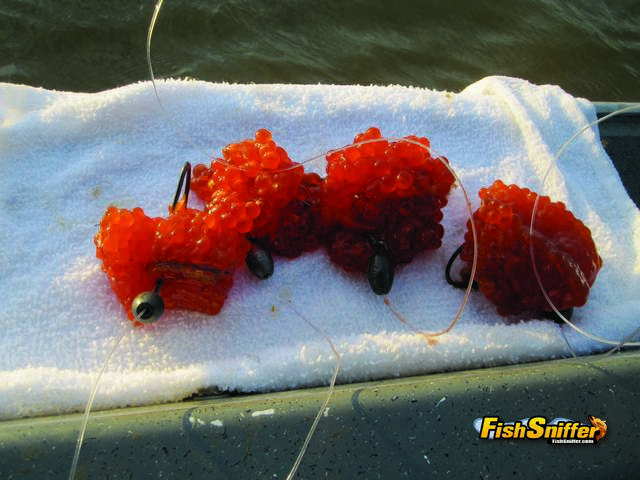 At one point I had my video camera out and decided to let a fish bite for a while so I could capture the gyrations of the rod tip on camera.

“That fish is going to swallow the hook. It’s okay though we’ll cut the leader when we get the fish in and it will have no problem expelling that barbless hook,” related Dan.

Wait a second…A sturgeon biting on rod and reel is going to eat until it hooks itself? The shrimp and worm guys aren’t going to like this one little bit!

Presently the shakes and wiggles of the rod tip ceased and the rod drew down into a hard arch. Just like Dan predicted the fish was hooked. When we brought the 40 inch sturgeon to the boat, there was nothing but leader coming out of its mouth. The sturgeon had swallowed the bait, hook and all and had simple swam away.

That’s right, digest that for a second. No laser focus on the rod tip looking for a bite, no frantic jump up to set the hook…I let the sturgeon feed and it hooked itself!

The big question is would this same approach work here in our Bay and Delta system? Let’s say we were anchored off Pittsburg fishing roe. If we pinned it on a small but strong barbless hook, could we put the rod in the holder and let the fish bite until they hook themselves? I think the answer may well be yes, but somebody is going to have to give this approach a try.

So what have we determined? If you’re using eel and roe, you can usually wait out a bite until the fish pumps the rod down firmly. If shrimp and worms are on the menu, a closer watch needs to be kept for small bites and the hook needs to be set when the rod displays any sort of small prolonged bite. Yet if you’re on the Columbia River, you apparently don’t need to set the hook at all….

Are you confused?  Me too! I warned you that the subject of sturgeon bites and hooksets was a sticky one. 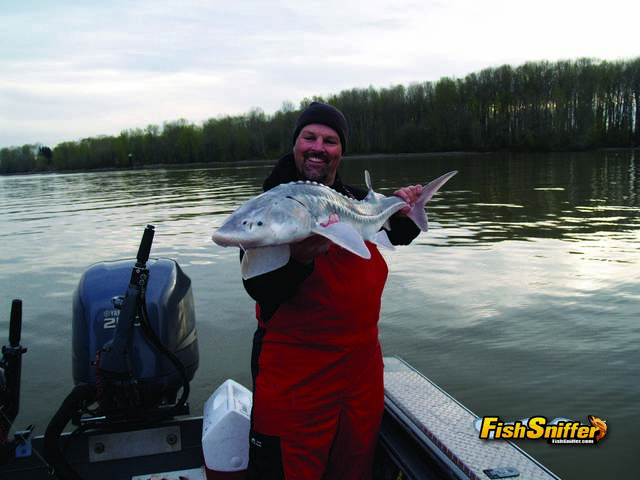 This spring I’ll be doing a fair amount of sturgeon fishing and I’m committed to soaking some baits on small barbless hooks. I want to determine if California sturgeon will hook themselves. If they will it’s a game changer! No more jumping up at the slightest nibble. Instead just bait up, cast in and wait for your rod to double over in the rod holder…I’ll keep you posted!