(Yuba City) The spring run of stripers has arrived on the lower Feather River from Yuba City to Verona. Don’t expect big fish yet; most of the stripers are schoolie males, but the larger females should arrive soon.

“We’re been catching stripers everyday,” said Rob Reimers of Rustic Rob’s Guide Service. “Anglers were doing well on jumbo minnows in the first part of the week and then pileworms became more effective in the second half of the week.”

“However, the action slowed down for a couple of days until it improved again on Saturday,” added Reimers. “Most of the fish are now being caught while bait fishing with pileworms.”

Most of the fish are in the 20 to 24 inch range. “Our largest fish weighed 8 pounds,” said Reimers.

“The Feather is still putting out striped bass and catfish in the muddy water caused by the eroding bank in the Yuba River,” confirmed Manuel Saldana Jr. of MSJ Guide Service. “That being said, Saturday I fished on the upper half of my day on the Feather due to the water visibility being much cleaner. We caught stripers in both clear water and in chocolate milk water.” 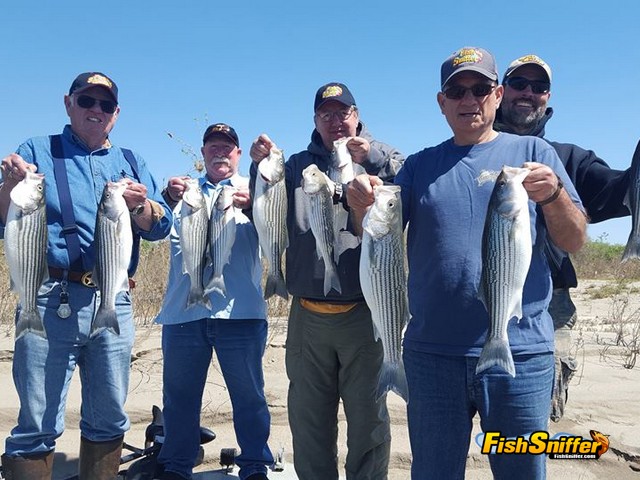 “Things are just getting started on both the Feather and Sacramento rivers. As the Sacramento drops and the Feather clears up both rivers are going to go off,” he concluded.