(Tisdale) “Striper fishing is wide-open on the Sacramento above and below Tisdale,” reported James Stone of Elite Sportsmen Guide Service on Monday, April 18. “We had full limits of stripers, weighing up to 25 pounds, for 6 anglers today by 7:45 am.”

On the previous day, the fishing was great also. “We boated 68 bass, including 26 keepers, on two trips,” he added. “We haven’t had a day without limits for 4 to 6 people since we started fishing for stripers in late March this year.”

“The stripers are everywhere on the Sacramento River,” said Bret Brady of Bare Bones Guide Service. “Today we lost count of the fish we landed while fishing in the Tisdale area.” 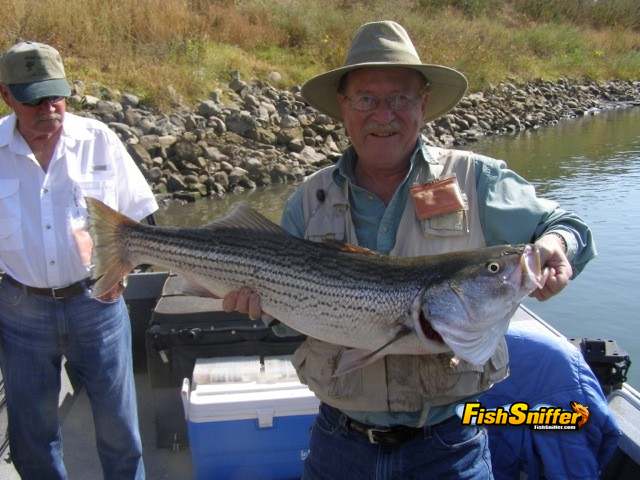 The three anglers fishing with Brady on his latest trip kept limits of stripers to 6 pounds while drifting umbo minnows.

“We’re seeing a lot of keepers in the 18 to 22 inch range, along with a lot of shakers,” he noted. “Yesterday we caught a 10 pounder and a couple of 8 pounders.”

“This is one of the best years for stripers I’ve seen in a long time,” he noted. “In addition to catching fish on minnows, we’ve also been hooking some fish on Flukes while we’re anchoved up. With the way the fishing is going now, we could be hooking stirpers through Father’s Day.”