I started chasing stream trout in the ‘70’s. Back then the April Sierra stream trout opener was a big deal. In those days it was common to see displays of things like salmon eggs and green canvas creels at mainstream stores such as Payless and Raley’s.

Do you remember those old creels? If you don’t and you grew up fishing in northern California, you are likely a youngster. The creels, constructed of green canvas, were basically a shoulder bag that featured a 14 by 9 inch main compartment.

The compartment was accessed at the top of the creel through a large spring loaded opening. You could open the top, to get into the main compartment and when you were finished the opening would close by itself. This is where we kept the fish we caught.

On the outside of the creel there was a large pocket for a compartment box full of lures, weights and terminal gear. To the side of that pocket there was a smaller pocket that fit a bottle of salmon eggs perfectly. 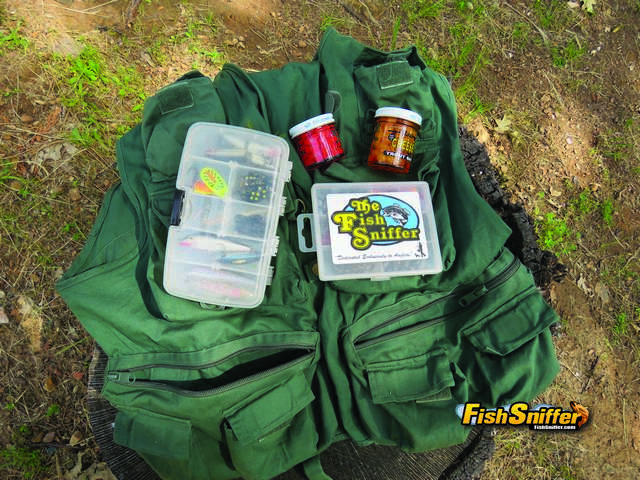 Above those two pockets there was a long narrow pocket toward the top of the bag. This pocket is where you put your pre-snelled Eagle Claw trout hooks!

A Google search reveals that creels are still being manufactured, but to be honest I haven’t seen one in a store or in use on the stream in a long time!

Yes, times change and so do priorities. These days it seems like most trouters are more interested in lake fishing then they are in stream fishing and as a result the stream trout opener isn’t nearly as big an event as it was 40 years ago.

I’m as guilty as anyone else in glossing over the stream opener. Over the past 10 years I’ve missed more openers then I’ve attended to be sure, but this year I’m turning over a new leaf. I’m going to make participating in the stream opener a priority. For me this is important for a few different reasons.

For one thing, I love trout streams and spending time exploring them is a blast. I also love the simplicity of stream fishing. You’ll never have a boat, downriggers or high-tech sonar unit assisting you on the stream!

In the broad view I’m trying to recapture a bit of the past. I want to remember the great times gone by, fishing Norcal streams with friends and family…Mom, Dad and Uncle Bob, Pautzke Green Label eggs and gas for .60 cents a gallon…

The American River’s Middle Fork bubbles to life high in the Sierra Nevada in the Granite Chief and Desolation Valley Wilderness areas. From there the river flows in a rough westerly direction. The best section of the river for trout fishing is from Oxbow Reservoir to the Middle Fork’s confluence with the North Fork.

Some parts of this section provide easy access off of Highway 49, Foresthill Road or Mosquito Ridge Road, while other areas require aggressive hiking to reach.

It is hard to believe that the Middle Fork, which isn’t planted and lays little more than an hour drive from the state capital in Sacramento boasts such a robust population of wild rainbows and browns. The river’s rainbows are thought to be descendants of the steelhead that ascended the river for eons, before the construction of Folsom Dam. The browns are believed to have entered the system after they were planted in the region during the late 1800’s, but no one is really sure.

In preparing the first order of business was deciding how I’d carry my gear. Straight away I ruled out a utilizing a creel, since I no longer own one! Instead I’ve settled on wearing a multiple pocket fishing vest.

My old green vest actually has a pretty cool history. It was originally owned by Fish Sniffer founder Hal Bonslett. His son and long time Sniffer Publisher Allen Bonslett passed it on to me several years ago.

Hal has left us, but his vest lives on and will once again be chasing trout at the end of the month!

While the vest has lots of pockets, space is still limited so I had to use maximum thrift in selecting my stream fishing arsenal. Packing away things like pliers, a knife and flashlight were a given. Next came the selection of tackle and lures.