(Stockton) The wind blew with a vengeance during the final weeks of April, but there have been brief windows with minimal wind in order to find quality striped and largemouth bass in the San Joaquin River.

The majority of stripers in the East Delta have spawned, but there are indications that there are still fresh fish moving into the system. Clyde Wands, shallow trolling expert, was out trolling on two occasions during the past week, and Thursday’s trip was much slower than his previous venture with a pair of stripers shallow on the San Joaquin along with a few more on the deep troll outside of Decker Island on the Sacramento River. 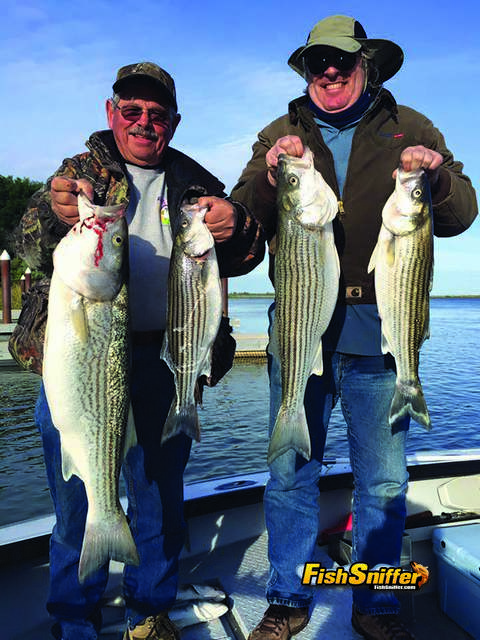 He said, “It was slower for us today, but one boat had 8 fish released and Mark Wilson also landed 6 fish. Our largest striper was 5.5 pounds, and we only kept two, and they were spawned out.”

On Thursday’s trip, they went as far as Prisoner’s Point on the San Joaquin along with outside of Decker Island for 25 stripers to 16 pounds caught and released. He said, “Everything was deep on Tuesday with P-Line Predator Minnows or Yozuri Crystal Minnows, and nearly all of the fish were spawned out.”

Randy Pringle, the Fishing Instructor, said, “The largemouth bite is to die for right now as we have landed bass from 7 to 11 pounds in the past week. We caught and released 55 fish to 5 pounds on Thursday by staying out of the wind along levees with cover. This week has been interesting with the water temperatures dropping from the 65 to 67 degrees to 63.5 degrees.” 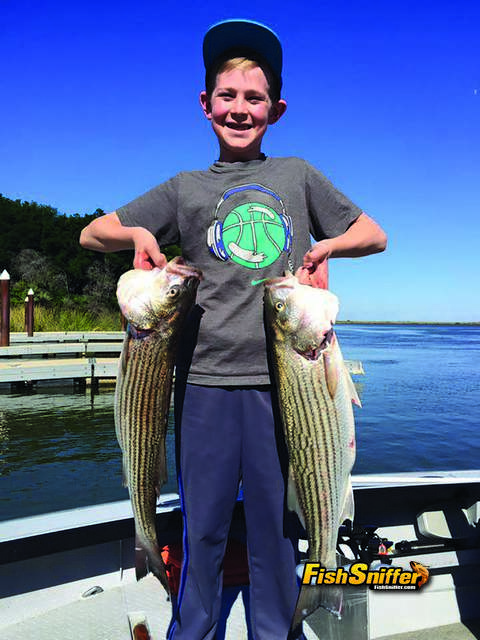 “The topwater bite has slowed down as a result, and our best action has been flipping or worming with the Havoc Flat Dog or Power Worms in earth tones on a Zappu head. Once the water heats up, the topwater bite should return, and there are fry in the water which is a good sign. The crankbait and spinnerbait bite will pick up. The bass are still in holding from the banks to 6 feet in depth,” he stated.