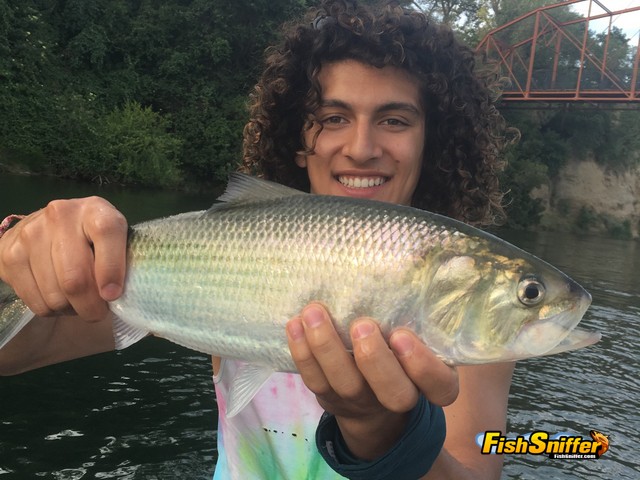 An angler brought in a 27 inch shad to Broadway Bait Rod & Gun that he just caught on a dart from shore on the Sacramento River at Miller Park. However, he never weighed the fish in on the store’s certified scale, so we’ll never know how much it weighed.

“He didn’t want to weigh in the fish or give his name,” said Will Pfingst at the shop. “He just wanted to buy some more shad jigs and get back out fishing.”

“The fish was massive,” said Pfingst. “It was definitely impressive, but I couldn’t estimate the fish’s weight.”

The current state shad record is 7 pounds, 5 ounces, set by Craig Stillwell on the West Branch of the Feather River on May 9, 1985.

Striper fishing has slowed down in the Sacramento River locally, but a few patient anglers continue to hook some quality stripers. Tee Chann landed a 42-inch striper weighing over 30 pounds while fishing a cut sardine at Miller Park.

Curtis Fong also nailed a 10 lb. largemouth bass while fishing a white spinnerbait from his kayak in Eight Mile Slough near Stockton.

“Striper fishing has slowed down on the Sacramento River,” said Craig Kamikawa of Fisherman’s Warehouse. “Most of the fish being hooked now are shakers in the 16 to 17 inch range. However, shad fishing is really good on the American; anglers are hooking big numbers up and down the river while using 1/32 oz. jigheads with pink grub tails with two size 7 split shot.”