Do you remember the crab season last fall or should I say the non-season? It was painful! After so many years or awesome lights out crabbing out of Bay Area ports during the fall, it was a real let down to be kept off the water by unsafe enzyme levels within the crabs brought on by the warm El Nino conditions.

Well fast forward to this fall and it’s an entirely different ballgame. El Nino conditions have evaporated and so has the acid that put crabs off limits last fall. As of press time ocean temperatures are normal, the crabs are healthy and the season is going to open as scheduled on November 5. The only question is whether the season will feature the standard awesome crabbing we’ve all come to expect or if the season will be really exceptional since the harvest was extremely light last season?

There are a lot of north state charter boats that target crabs, but when I want the inside scoop on the crab fishery, I call Captain James Smith. Not only does he target sport crabs extensively aboard his Berkeley Marina headquartered boat the California Dawn, but he also spends the winter and part of the spring commercial crab fishing aboard his crabber, the Mad Dog.

“Last season represented a disaster for sport crab skippers, commercial crabbers and sport anglers,” asserted Smith. “Crabs and crabbing are a huge cultural icon for folks in the Bay Area. Let’s face it: the whole image of Fisherman’s Wharf in San Francisco is built around the image of the Dungeness crab. In the Bay Area and in much of the north state, crabs are a traditional part of holiday meals beginning with Thanksgiving and extending through New Year’s and last year that part of the holiday season was off limits to us.”

“This year the crab season is going to open on time as scheduled on November 5 and we can’t wait to get after them. The crabs are healthy, the water is cold and we’ve got the green light to fish. In years past anglers will recall that the limit for crabs out of Bay Area ports was 6 crabs per angler. This year that number has been increased to 10 crabs,” said Smith. 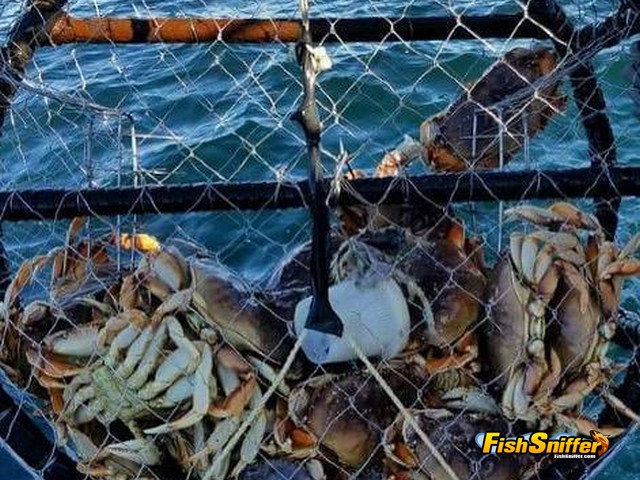 “Last spring we did get in a bit of sport crabbing toward the end of the season and what we found was outstanding crabbing on monster crabs. The crabs we boated averaged about 2.5 pounds each and we weighed limits of crabs that went from 22 to 28.5 pounds. It was amazing and I think we are in for more of that kind of action this fall. With a short sport season last spring and low prices being offered for commercial crab, the pressure on the fishery was exceptionally light and I think we are going to reap those benefits this November and December,” exclaimed Smith.

“Some guys such as my father Jim on the Happy Hooker will be offering both crab/rockfish combo trips and straight crab-only trips. On the California Dawn we are going to be focusing on combo trips until the rockfish and lingcod season ends on December 31. If you come out and limit, you’ll be taking home 10 big crabs, 10 quality rockfish and 3 lingcod. That’s a huge haul of seafood and a great way to end the 2016 saltwater fishing season,” Smith concluded

Where To Get Your Crab On!