Wind out of the northwest is a mixed blessing for Golden Gate salmon anglers. On one hand, several days of hard wind and big water kept Bay Area Charter boats confined to the bay. Yet those same winds create upwelling that brings krill and salmon to the surface. As a result of the recent upwelling, when the winds died down this week, salmon boats found stellar action on big hard kings to the south of the Golden Gate.

Out of Berkeley, the New Easy Rider has enjoyed several days of red hot salmon fishing. For example, on May 19 their 11 anglers scored full limits of kings to 20 pounds. On May 21, they stuffed the fish box with 19 limits of kings to 18 pounds. 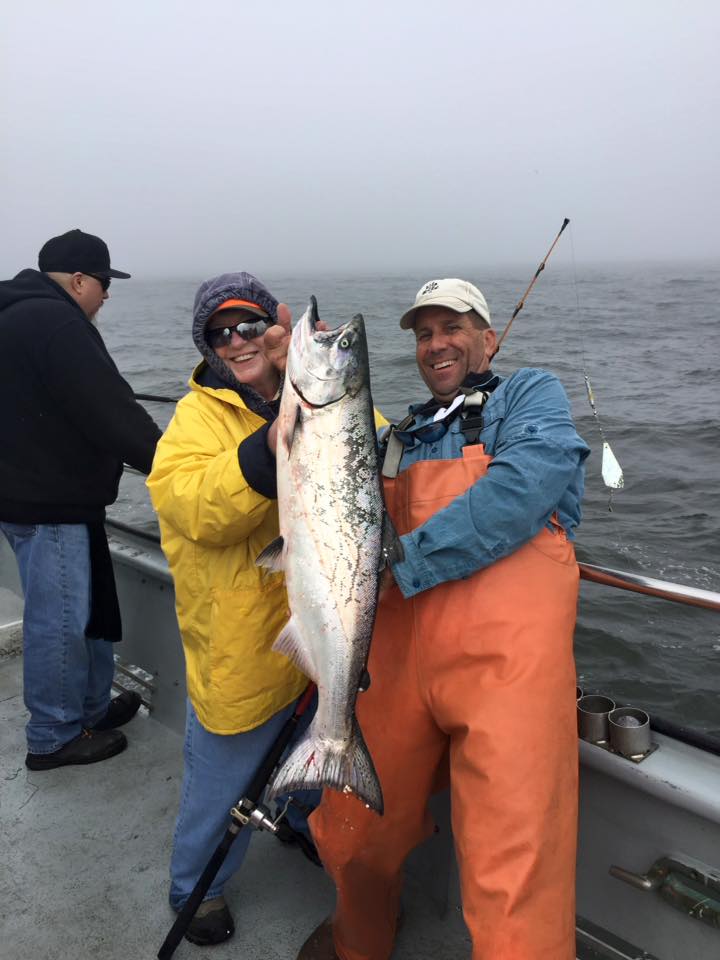 As of this time there appears to be one school of kings in the Middle Grounds and another near S Buoy south of Seal Rocks. The fish are feeding on krill and fighting like demons!

On the live bait potluck front, anglers working S.F. Bay are enjoying very good fishing for halibut to 38 pounds and there have been a few stripers showing too.

Trips aboard the California Dawn piloted by Captain James Smith this week produced anywhere from 24 to 40 keeper halibut to 26 pounds along with lots of shaker halibut released.

Captains Chris and Jonathan Smith of Happy Hooker Sportfishing have also been putting their anglers on very good halibut action. They are averaging a keeper halibut per rod or better on most days with big fish approaching 30 pounds. On Captain Jonathan’s last drifting trip his anglers pulled in 24 halibut to 28 pounds. 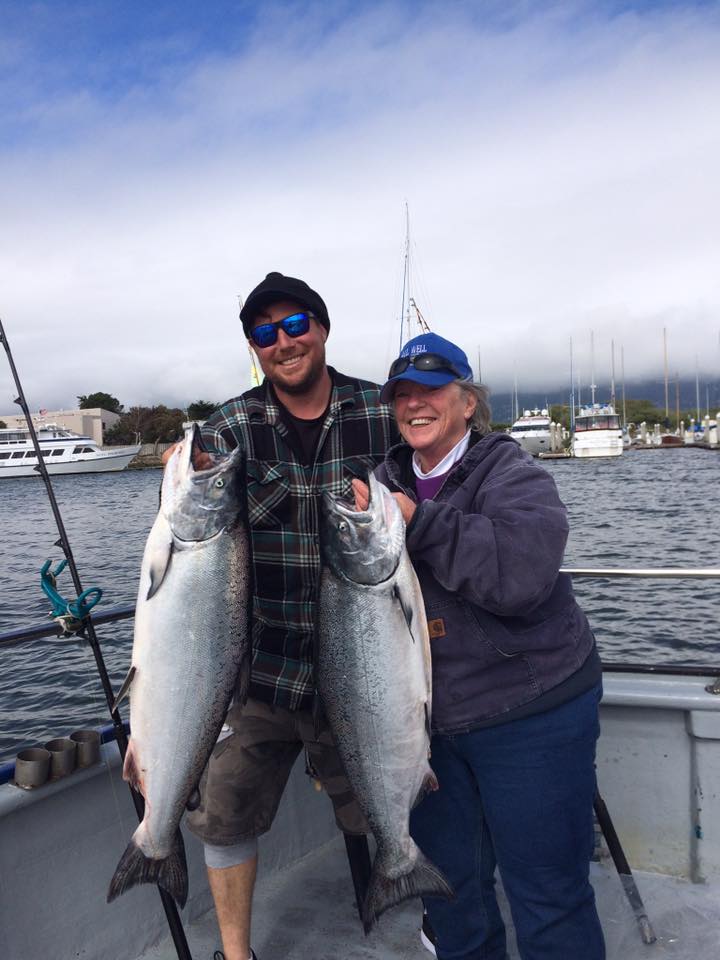 Captain Quang Vo of Berkeley’s Goldeneye 2000 is best known for the exciting lingcod and rockfish trips he offers, but so far this spring he’s been Mr. Halibut, putting his clients on big numbers of big flat fish!

On Captain Quang’s last trip 48 halibut to 27 pounds went into the box!