When I open my vest pocket or tackle box, there are three little lures that I depend on to catch the biggest trout in any given body of water. They I have seen the most selectively feeding trout lose their discretion when one of these lures goes wiggling by their face. Of course, I don’t catch every big trout.
Big trout get old and large for a reason. They aren’t easy to catch. They live in places that are hard to properly present a lure or bait. They have a pea-sized brain, yet you might even call them “smart.” 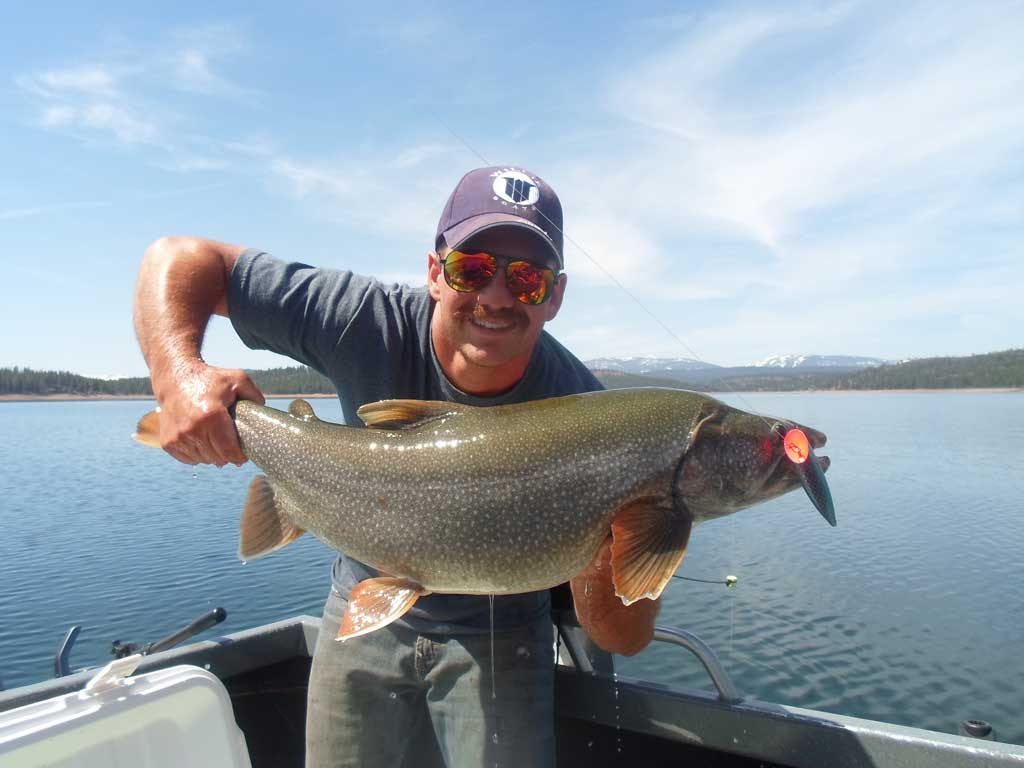 Not many people will cast Kwikfish. I sure am glad they don’t. I have caught a ton of big trout on these things. In fact, it’s probably my number one lure to cast to trout in still or slow-moving water. Big rainbows really seem to have an affinity for them. I’ve also caught some really big Brook Trout on them.
Now, throwing a little tiny Kwikfish isn’t without its problems. For instance, without fail the treble hook is going to occasionally catch on the line, and the lure will spin like a helicopter blade on the surface when you go to retrieve it. Frustratingly, this will happen on one out of about every ten or so casts. It’s also going to spook some weary trout.
However, the benefits definitely outweigh the costs. I have found that the key is to slowly reel in the Kwikfish and feel the consistent thump of the plug wobbling side to side. The strike on one of these little lures is amazing. Sometime the line will go completely slack as the fish chases down the lure and violently pushes it forward before turning and going a different direction. I have had fish damn near yank the rod out of my hand while using these things. 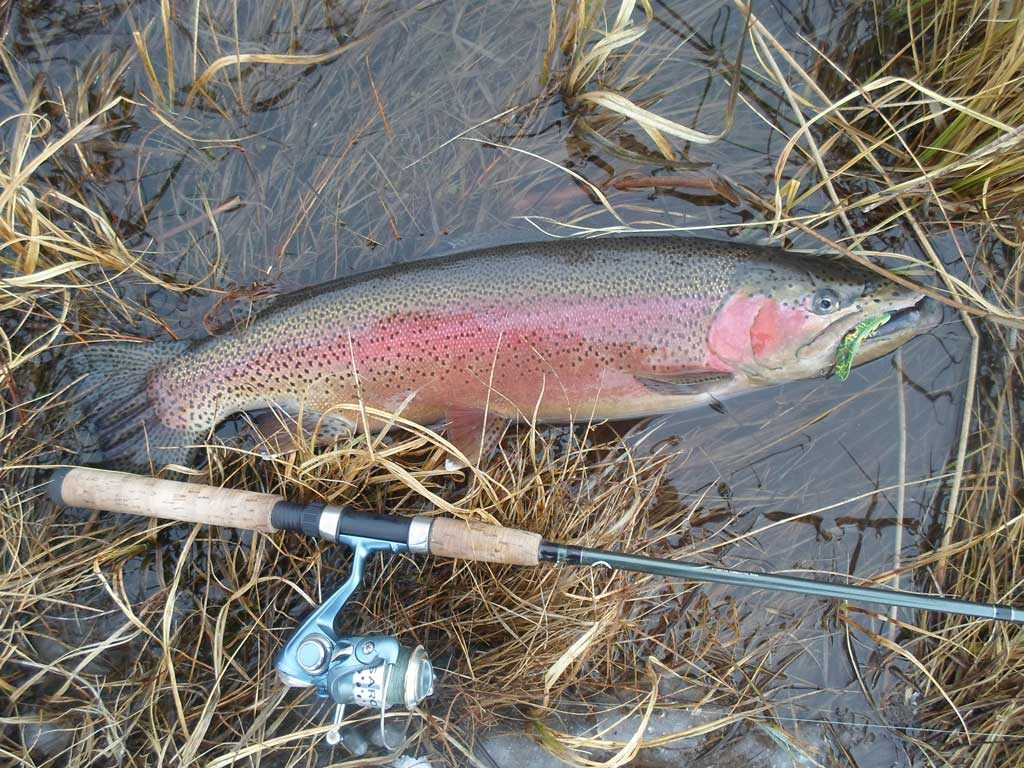 Color selection has been critical when using little Kwikfish more than any other lure. By far, the Frog color has been the best on Rainbow Trout. Pearl and Gold have also been very good for me, and each lake and species of trout has had a definite color that works best. I have paid the “iron cost” in finding out what works best at each body of water by countless hours of experimentation.
The big key to using these little plugs is teaming them with a rod, reel and line combo that can effectively cast and retrieve such a light little lure. I prefer a 7’ spinning rod rated for 4-8lb line and a 1000 size spinning reel. Braided mainline is an absolute must. I prefer 8lb braid that has the diameter of 2lb mono.
The thin diameter of braid is the only way to cast these lures that are wind resistant and virtually weightless. Plus, the thin line allows the plug to dive to its maximum depth of about 4 feet. These lures are perfect for retrieving over a weed bed in shallow bay or a spring creek. You will also need a Fluorocarbon leader in the 8-12 pound range.
I connect the braid to the Fluorocarbon with a little tiny Spro barrel swivel. The hooks on a stock Kwikfish stink, and to really make them consistently hook and hold big fish another split ring must be added in addition to a high quality hook. I prefer Gamakatsu trebles on these plugs. The additional split ring reduces torque on the hook, and keeps the lure from pulling the hook out of the fish’s mouth while fighting the fish.

If I only could have one lure in my tackle kit, it would definitely be a Kastmaster. I have caught everything from stripers to my personal best 10.75 pound full finned holdover rainbow on this lure. They work dynamite in saltwater or at 10,000 ft. in a crystal clear lake where Golden trout live. Just change the size of the lure for whatever species you are targeting.
The almost 10.75 pound rainbow I caught on a ¼ ounce Kastmaster mistook it for a dying minnow on a jigged retrieve right at dusk. That fish had seen a lot of lures in her day, but she couldn’t resist a dying fluttering minnow in low light conditions. She swallowed that spoon to the back of her throat.
When the bite is dead slow, and the fish just aren’t feeding, I have found that a jigged Kastmaster will often draw a reaction strike when nothing else works. I like to cast the spoon out and let it flutter down. A good “rip” on the rod will cause the spoon to surge forward. Then let the spoon free fall down. The fluttering fall is what the big fish can’t resist. Just retrieving the lure at a steady speed will draw strikes, but the flutter is irresistible.

I have heard that there has been an interruption in the supply of Lyman Lures coming down from Canada. That’s a real shame as these lures are by far the best lure to troll off a downrigger for all varieties of trout. These lures catch big, smart old trout. That’s all there is to it.
My friend, Jeff Morris, just landed a 28 pound mackinaw the other day ago at Donner Lake on one of these plugs. The key to the Lyman Lure’s action is a darting side to side motion. It covers more water behind a downrigger ball than any other lure. Whereas the classic minnow plug will track in a more or less straight line, the Lyman will dart side to side and back in forth in a 3’ radius.
The Lyman is truly a dynamic lure. The 4” version in a kokanee paint color is the typical weapon of choice for browns and mackinaw in most Sierra Lakes. Meanwhile, a smaller 2-3”version in the gold “Showgirl” color is selection anywhere that Tui Chubs are the main forage. These lures have routinely surprised me by showing me just how big the trout get in a given lake. I have caught fish on these things that have seemed out of proportion for the body of water I’m fishing.
A 4” Lyman Lure may not be tiny, but in comparison to a 6-8” long minnow plug, it really is quite small. However, the action of the lure is huge in comparison.