California halibut are one of my favorite fish in Northern California because of their taste, fight, and general moodiness.
Halibut fishing offers a number of challenges including tides, temperatures, moon phases, water clarity, bait (what they are feeding on) and depth.
I have caught them on all sorts of bait. Drifting live bait is usually the most successful approach, followed by a slow trolled herring or anchovy. From what I have learned over the last couple seasons is that halibut aren’t too picky about what they eat but it’s more of a challenge finding out WHEN they want to eat. 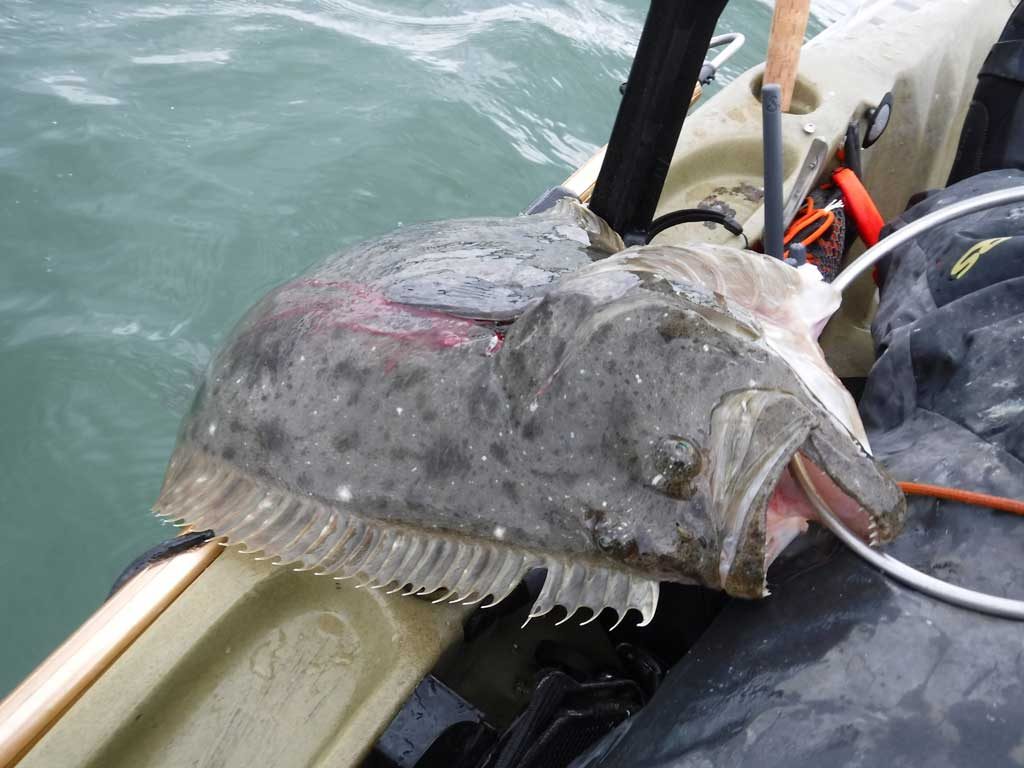 Halibut seem very temperature sensitive and can get lazy in water colder than 58 degrees, while seeming to be more active feeders in 60-degree water.
Here in Humboldt Bay we generally have colder water on the top of the incoming tide with the large influx of water from the open Pacific, but on nice sunny days and on days with smaller tidal changes (5ft and less between high and low) the water will get surprisingly warm spiking up to the 62-degree mark.
When this warm water starts pushing back into the bay is when I start to see the most action from these cold shy halibut. I usually try to stay out of the main channels and fish the current lines that form from the underwater slopes in the 15-20-foot depth range. Sometimes they are even shallower.
I typically start fishing with a Sabiki rig size 12-14, looking for bait around docks, pilings, and rock piles. Halibut don’t seem to prefer one type of live bait compared to another with the one exception being the size of the bait.
I try to use shiner perch in the 3-5-inch range, as they seem to last a very long time on the hook and are easily engulfed by a legal sized halibut.
While fishing live bait I think it’s always important to use a circle hook in the 1/0-4/0 sizes depending on bait size, I typically use 2 ounces of weight with a 3-foot 20lb leader tied on to a single 3/0 circle hook.
Most halibut will just simply inhale the bait and slowly move away from you until hooked in the corner of the mouth, which greatly decreases the chance of them shaking their heads wildly and throwing your hook or having their teeth cut the line. 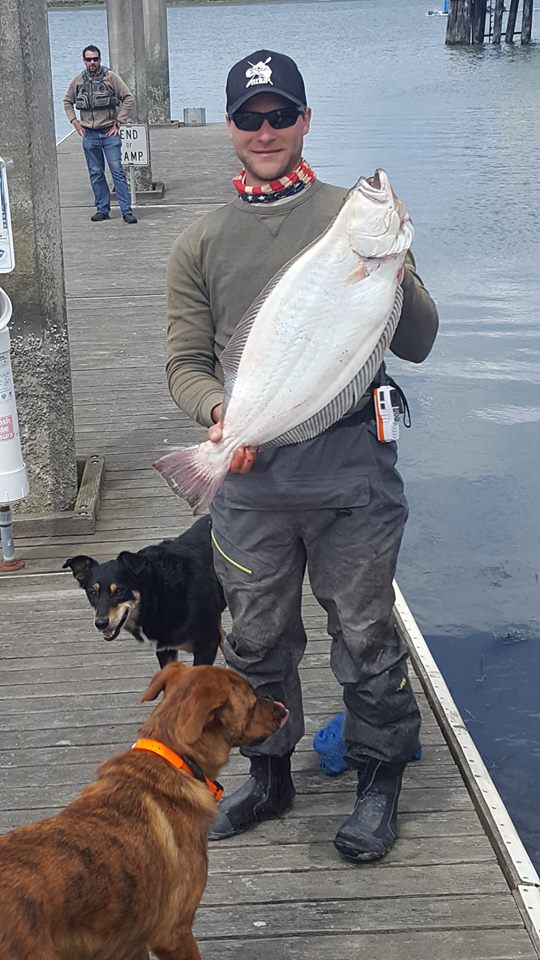 Trolling can be very effective as well, using small dodgers and flashers on 3-way rigs, but our bay is filled with eel grass and kelp which makes it almost impossible to troll in the summer months.
Despite the fact that it’s still early in the season for Humboldt Bay halibut fishing, a good amount of fish have been reported. This is a great sign for the rest of the season that is at its peak in July and August.
It pays to remember that halibut are very sensitive fish. If you do catch an undersized halibut, do not net the fish as it will tear apart their tales and slime coat. Instead, just ease them up, grab the hook with pliers and shake them off.