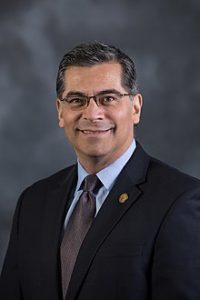 SACRAMENTO, CA — This morning, an environmental coalition of ten groups sent a letterto Attorney General Xavier Becerra requesting that Mr. Becerra take action to stop a rider that would exempt the CA WaterFix project from judicial review, according to a joint press release from the organizations.

The letter was signed by groups including Friends of the River, Restore the Delta, the Center for Biological Diversity, the California Sportfishing Protection Alliance, the Planning and Conservation League, Sierra Club California, Aqualliance, Environmental Water Caucus, Environmental Justice Coalition for Water, and California Water Impact Network.

The rider, written by Congressman Ken Calvert (R-Corona), was included in the draft Interior, Environment, and Appropriations spending budget for Fiscal Year 2019. Yesterday, the bill was approved by the full Interior committee and will head to the House floor at a later, undetermined date.

Yet, the bill will enter the House with a significant change—Representative David Valadao (R-Hanford) added a second rider to the spending bill that would exempt the Central Valley Project and State Water Project from judicial review as well.

Senior Attorney at Friends of the River, Bob Wright said,
“Supporters of the CA WaterFix claim that the project will be good for the environment and improve the San Francisco Bay-Delta. If that were true, there wouldn’t be a legislative effort to undo legal review of this controversial project. The hypocrisy of the Interior committee’s actions shows that this project was not crafted to benefit the environment or the public, but to benefit a margin of our country’s financial and powerful elite.”

Executive Director of Restore the Delta, Barbara Barrigan-Parrilla added,
“Delta communities and the San Francisco Bay-Delta estuary deserve equal protection under the law. These blatant attempts to thwart those protections are unconstitutional and immoral.”