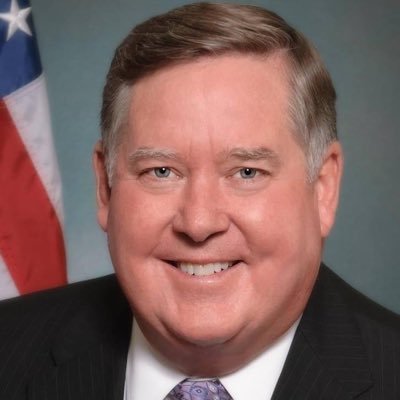 The rider, found on 141 of the 142-page bill for fiscal year 2019 for the Department of Interior and other agencies, states,“SEC. 437. Notwithstanding any other provision of law, the Final Environmental Impact Report/Final Environmental Impact Statement for the Bay Delta Conservation Plan/California Water Fix (81 Fed. Reg. 96485 (Dec. 30, 2016)) and any resulting agency decision, record of decision, or similar determination shall hereafter not be subject to judicial review under any Federal or State law.”

Rep. Calvert, who also serves as the Chairman of the Interior and Environment Appropriations Subcommittee, claimed that in the bill, the Interior Subcommittee “has made every effort to balance a host of competing needs and provided the Interior Department, EPA and other agencies under our jurisdiction with the resources necessary to carry out their mission,” but made no mention of the rider.

“Our bill funds a number of American priorities like our National Park Service, the Smithsonian, Native American programs, efforts to prevent and combat wildfires, and the development an earthquake early warning system for the West Coast. Once again we provide important funding for EPA programs that clean our environment, but do not increase the size of the federal bureaucracy. I appreciate the input of all of our Subcommittee members,” said Calvert.

The Interior, Environment, and Related Agencies Subcommittee met on the evening of Tuesday, May 15 to start discussion on the bill  — and approved a motion to bring the bill before the full committee. The full Committee will review the bill at a later, unannounced date.

Delta Tunnels opponents disagree with the Calvert’s contention that the spending bill has “has made every effort to balance a host of competing needs.” According to an analysis from Restore the Delta, “The draft bill contains numerous environmentally disastrous riders, such as Section 437 which would exempt CA WaterFix from judicial review, including preempting state law to preclude litigation under state laws. In other words, it would prevent anyone with standing from suing the Delta Tunnels project.”

“It seems the twin tunnels’ proponents in Congress are afraid that the project would violate state and federal law and they are seeking to insulate themselves from any lawsuits to prevent delays in the project,” said Garamendi. “The reality is, they should be worried because the $17 billion project would be a disaster for the Delta ecosystem and economy.”

“Prohibiting federal or state judicial review of environmental documents on the twin tunnels sets a dangerous precedent that will have lasting and negative impacts on water laws across the nation,” continued Garamendi. “The federal government has a history of deferring to state water law and this provision is truly a radical assault on environmental laws by the Congress.”

John McManus, Executive Director of the Golden Gate Salmon Association (GGSA) that represents sport and commercial salmon fishermen and related businesses, said salmon and other West Coast fish species “will be wiped out if the current version of the tunnels is built, which is why GGSA and allies are already in court calling for a fair legal review.”

“Those in favor of the tunnels and moving more northern California water to southern California know we’re likely to win in court since the environmental damage is easy to prove.  That’s why they’re using their money and political connections to simply get the laws changed rather than comply with the law and modify the tunnels to make them less damaging,” he said.

Patrick Porgans of Porgans and Associates said, “Calvert’s rider doesn’t surprise me. It’s just another way to circumvent public input and to continue business as usual.”

Porgans was the one who made a California Public Records Act request that resulted in the release of emails documenting illegal ex-parte communications between the Department of Water Resources (DWR) and State Water Board staff in the current California WaterFix hearing process. More information: www.dailykos.com/…

Calvert received $15,000 from Parsons Corporation and $12,500 from Jacobs Engineering Group

Restore the Delta revealed that Congressman Ken Calvert has received a number of campaign contributionsfrom an array of construction and engineering corporations, including the Parsons Corporation, the bottled water industry, Southern California developer interests, and general members of the Southern California Water Committee.

“Starting with his history as the lead sponsor of CALFEDand ending with his most recent campaign contributions, it’s clear that Congressman Calvert primarily serves the interests of Metropolitan Water District of Southern California, and construction companies hoping to win the WaterFix bid,” said Barbara Barrigan-Parrilla, Executive Director of Restore the Delta.

“If this rider becomes part of the Congressional budget authorization, CA WaterFix would no longer be subject to judicial review under any Federal or State law. Governor Brown, the Department of Water Resources, Metropolitan Water District, and Santa Clara Valley Water District have all told Californians for eight years that the Delta tunnels is an environmental project that will improve Delta fisheries and protect the ecosystem,” she explained.

“If that’s true, why has the Brown Administration remained silent while Congressman Calvert attempts to gut state and federal environmental regulations? The answer is simple—the tunnels have never been, nor will they ever be a green project, and this most recent effort would enable project participants to break ground on this flawed pet project before the end of Brown’s term,” she concluded.

In a tweet, Jeffrey Kightlinger of the Metropolitan Water District was very evasive about MWD’s position on Calvert’s rider, noting that a statement from the Southern California Water Committee is an “accurate statement of @mwdh2oposition as well on @CAWaterFixand this legislative proposal.”

The SWC tweet proclaimed: “@CAWaterFixhas been studied & developed over more than a decade of rigorous environmental review, & we stand behind the analysis on this project. We did not make this request & remain committed to a transparent process to implement this much-needed public infrastructure project.”

Governor Jerry Brown has not to date made any comment on the rider, but Congressman Garamendi and Delta advocates have urged him to oppose it.

”While Governor Brown and I don’t see eye to eye on the twin tunnels, I hope he will recognize the danger that this proposal presents and work with Congress to prevent it from becoming law,” said Garamendi.

If the tunnels are built, project opponents say San Francisco Bay-Delta and West Coast fisheries will be decimated while not one drop of new water will be created. The project will not only hasten the extinction of Sacramento River winter-run and spring-run Chinook salmon, Central Valley steelhead, Delta and long fin smelt, green sturgeon and other fisheries, but will imperil the salmon and steelhead populations of the Trinity and Klamath rivers.

Caleen Sisk, Chief and Spiritual Leader of the Winnemem Wintu exposed the folly of Brown’s “legacy project,” the Delta Tunnels, at her speech at the “March for Science” on Earth Day 2017 before a crowd of 15,000 people at the State Capitol in Sacramento. She pointed out how the tunnels, rather than achieving the co-equal goals of water supply reliability and ecosystem restoration, would instead devastate salmon and other fish populations while doing nothing to supply clean drinking water for people in impoverished rural communities in the San Joaquin Valley.

“The California Water Fix is the biggest water problem, the most devastating project, that Californians have ever faced,” said Chief Sisk. “Just ask the people in the farmworker communities of Seville and Alpaugh, where they can’t drink clean water from the tap.”

“The twin tunnels won’t fix this problem. All this project does is channel Delta water to water brokers at prices the people in the towns can’t afford,” she stated.

As first reported in a story on Friday, May 11 (www.dailykos.com/…), a memo released by California Department of Water Resources Director Karla Nemeth outlined “organizational adjustments” prompted by the latest developments in Governor Jerry Brown’s Delta Tunnels project, including a Joint Powers Authority (JPA) tasked with designing and constructing the controversial project.

Then on May 17, directors from water districts participating in the California Water Fix, including the Metropolitan Water District of Southern California (MWD), Santa Clara Valley Water District (SCVWD), and Alameda County Zone 7 Water Agency, held the first meeting of the Delta Conveyance Design and Construction Joint Powers Authority Board of Directors in Sacramento. For more information on the meeting, go here: https://fishsniffer.com/index.php/2018/05/26/delta-supervisors-slam-tunnels-at-delta-conveyance-design-construction-jpa-meeting/
FacebookTweetEmailPrint