Salmon season on the Sacramento River opened with surprisingly productive fishing on July 16. Guides and experienced anglers reported the top Chinook action at two locations – the mouth of the American at Discovery Park in downtown Sacramento and the upper section of the river below Red Bluff.

The salmon season opened as trollers and some moochers continue to hook limits of salmon while trolling off Half Moon Bay and outside of the Golden Gate. Anglers fishing out of Bodega Bay are landing limits many days also. 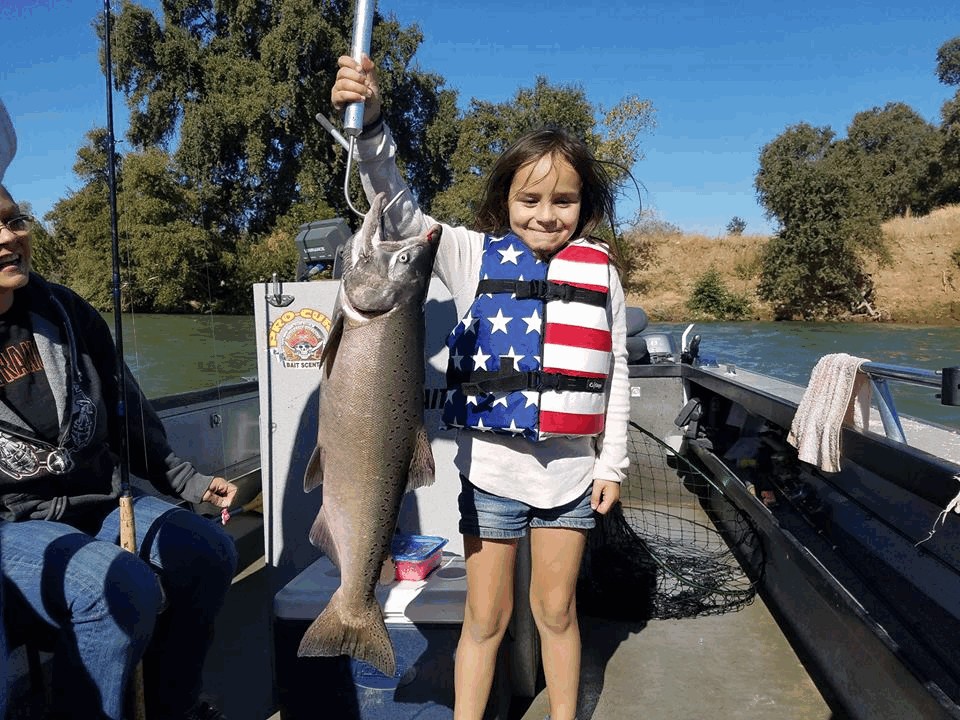 Fishing on the Sacramento’s two major tributaries, the Feather and American rivers, was tougher, though anglers landed a few quality fish there also.

“The four anglers fishing with me landed 4 salmon ranging from 12 to 18 pounds. We trolled Silvertron spinners below the mouth of the American,” he said.

Portocarrero also reported two quality salmon in the boat on the morning of July 17.

Dennis Pfanner at Sacramento Pro Tackle rated the salmon fishing in downtown Sacramento as “7-1/2 on a scale of 1 to 10.“

“Two of my customers reported catching two salmon up to 16 pounds, with around 25 to 30 salmon taken by the fleet of over 20 boats,” said Pfanner. “Most anglers hooked the fish while trolling Kwikfish, Flatfish and spinners.”

At press time, anglers were continuing to hook some big, bright salmon on the Sacramento from Discovery Park to Garcia while trolling spinners and plugs, although the fishing had slowed down from the faster action on opening day.

“The two anglers out with me landed two salmon in the 12 to 20 lb. range, released two smaller fish and lost three others,” said Weese. “We back trolled with T-55 Flatfish and K-16 Kwikfish with sardine wrappers.”

Then on Tuesday, the three anglers fishing with Weese bagged early one fish limits of salmon in the 15 to 18 lb. range.

Savvy anglers fishing the Feather River landed some bright, beautiful kings on opening day, although the fishing wasn’t as good as it was on the Sacramento.

“Bob Bradbury and I caught one 18-pound salmon, lost one and had another takedown on the Feather River below the Thermalito Afterbay Outlet on opening day,” said Rob Reimers of Rustic Rob’s Guide Service. “We saw about a half-dozen fish landed by the 15 boats out on the opener.” 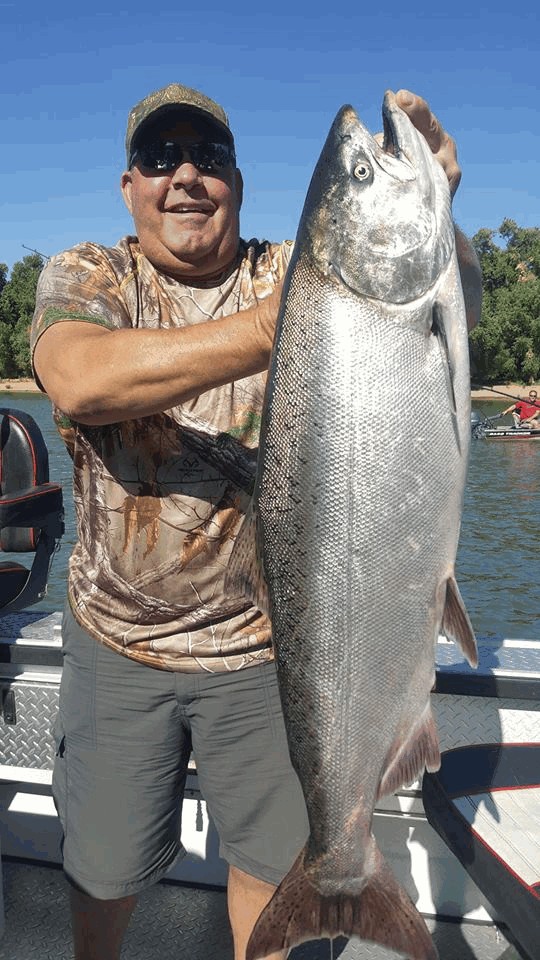 They hooked their fish while anchored up with a #16 Brad’s Killer Fish in the “Psycho Clown” pattern.

Tim Boggs of Elkhorn Bait and Tackle also reported tough fishing on opening day. “We went upriver on the Feather River all of the way to Beer Can Beach from Verona,” said Boggs. “We didn’t see any fish caught nor did we see any roll.

The high water temperature is believed to be largely responsible for the slow fishing. “The water temperature was 72.9 degrees at Beer Can Beach and 73.12 degrees on the Sacramento below Verona. We didn’t weigh in any fish at the shop,” said Boggs

The daily bag limit is only one fish and the possession limit is two fish this season. For more information, go to: https://www.wildlife.ca.gov/regulations

It looks like the federal fishery managers underestimated the amount of the salmon showing in the ocean this season, as they have often done.

The jack counts are employed to model the ocean abundance forecasts for the year. Forecasts by Dr. Michael O’Farrell of the National Marine Fisheries Service presented at the CDFW Salmon Fishery Information meeting in Santa Rosa on March 1 suggest there are 229,400 Sacramento River fall Chinook adults this
year. The Sacramento Index forecast for 2018 was nearly identical to the 2017 forecast.

However, based on the fishing found now on both the ocean and river, it appears that the actual number of salmon in the ocean is much more than forecast, since there has been good fishing reported in such a wide area pm the ocean from Bodega Bay to below Half Moon Bay.