$10,000 up for grabs? Who would have thought that fishing out of a kayak could net an angler that kind of cash?
The Kayak Bass Fishing Clearlake Open (August 24th & 25th) drew kayak bass anglers from across the country from as far as New Jersey, to fish one the Nation’s top bass fisheries.
I made the Trek up to Clearlake, a 3.5-hour drive, on Tuesday morning to begin prefishing early.
After settling into my room, I headed out early on Wednesday morning to try and locate some fish.
I started by heading to Redbud to hit a spot that looked promising during my research. I caught one small fish shallow on a crankbait not far from the launch and continued down the bank line. It wasn’t long before I realized I wasn’t headed towards the spot I had planned to fish, so off I went. 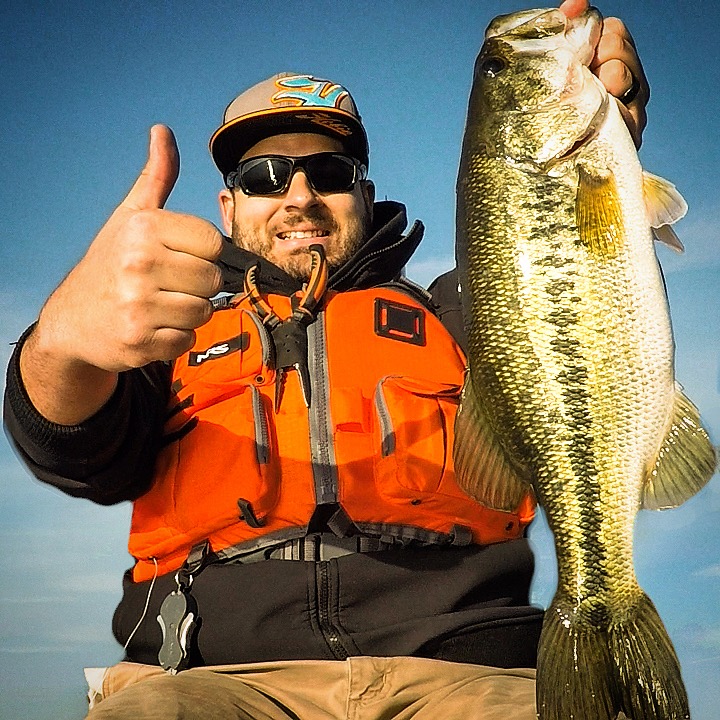 It took me about 40 minutes to get there and I started fishing toward the spot but got no love. Once I got to the spot, I started fishing around it and picked up another small fish on a Ned rig.
A few casts later I got a bizarre and hard thump on the Ned rig, up shallow, and on the fall! The fish thrashed on the surface displacing enough water to make me sit up straight on high alert!
After a long fight around a metal pole with a doubled over rod, I landed a 27.5 incher, but it wasn’t a bass. It was a jumbo catfish!
On Thursday, the last day of prefishing I went to Rattlesnake Island. After hours of fishing, I couldn’t buy a bite! So pedaled back to the launch and packed up to go check out Rodman Slough.
As I crossed the bridge at Rodman, I could count over a half dozen kayakers in there. Not wanting to fish in such a crowded area, and feeling defeated from a terrible practice, I decided it would be better to head back to base to gather my thoughts and prepare for game day.
Tournament day came early with an alarm sounding off at 4:00 AM, launch at 5:30 AM, and lines in the water at 6:00 AM.
I decided I would hit middle lake since I had knowledge of the area, and a level of confidence. My game plan of tossing a crankbait quickly died and my failsafe of drop-shotting a 6 inch Fat Roboworm showed some promise.
I had wasted a good portion of my morning trying to force a reaction bite, when finesse was clearly the way to go. Especially when I got to watch a guide’s two clients catch a 4 pounder followed shortly by a 3 pounder on a dropshot. 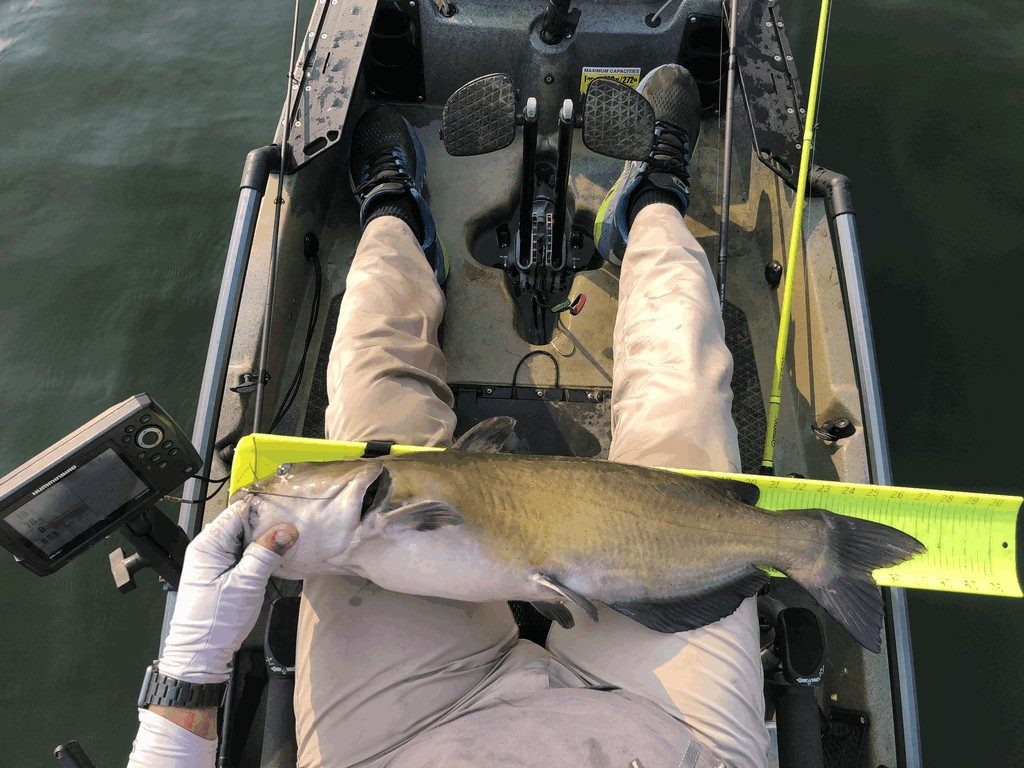 It wasn’t too long after changing areas that I caught my first keeper, a 12.75 inch largemouth on a tule point while retracing waypoints I had marked during previous outings.
As I pedaled over these “offshore” waypoints I would mark fish and get bit. I was able to get 4 keepers and a few short fish dragging the drop shot. Just after 11:00 am I stopped getting bites. The sun was high and the fish had moved. Once I had noticed the change, I headed to the shade of the docks and began tossing a Senko around.
I caught a few short fish and managed to get my final and last keeper of the day in the shade. I ended day one with 77.50 inches, good enough for 26th place.
Day Two started not too far from where I had success the previous day. About 30 minutes into the morning my fish finder battery died. It’s time to replace that. It isn’t easy fishing offshore structure without a fish finder and GPS, but I tried my best to use landmarks and memory to help me go back over the spots I had fished previously.
About 7:30 I got my first fish into the Hobie Pro Angler, a 13.50 inch crappie! I kept grinding in the area for hours, but I only managed one keeper largemouth that measured 15.50 inches. I decided it would be easier to go shallow than trying to fish blind offshore. I was only able catch one more fish that went 13.25 inches off a shallow rocky bank on a crankbait.
I tossed a crankbait the rest of the day with the hope that bite would turn on. I ended day two with 28.75 inches and 2-day total of 106.25 inches for 42nd place.
I had high hopes going into this event, but the summer to fall transition with cooler nights shut the bite down for most everyone. I had a good time hanging out with my friends and other anglers from across the country.
My next tournament is on the California Delta, a Kayak Bass Fishing Trail Event. I am hoping that the fall bite will have started and I can get a little redemption.