Today’s average troller is obsessed with dodgers. I’d bet at any given lake on any given day the number of dodgers being trolled outnumbers the number of flashers in the water by a ratio of 15 or 20: 1.
Often times perception trumps performance and this is doubly true in the world of fishing tackle. Anglers want the latest and greatest. At times they will walk away from tried and true offerings in favor of something sexy and new, despite the fact that the tried and true stuff was still producing fish with consistency. 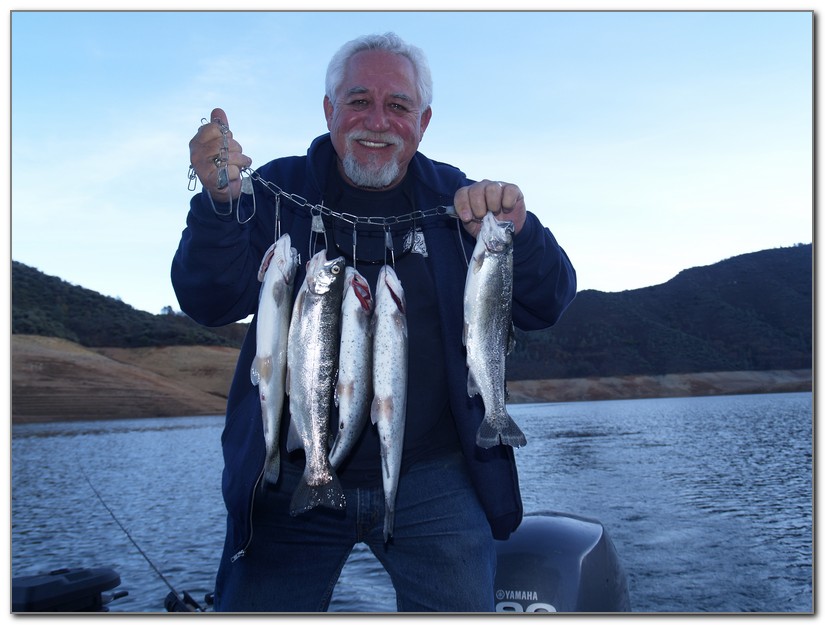 This seems to be what happened with flashers. The flashers of today are undoubtedly the most user friendly and effective ever invented, yet far fewer anglers are using them today then were using lake trolls 40 years ago.
That’s okay though…Let the dodger boys keep on doing what they’re doing. Less guys pulling flashers only means that our flashers will produce more fish, since flashers aren’t something the trout and salmon see as often as dodgers.
With a long list of different companies turning out dodgers, it would be natural to assume that the market is flooded with flashers, but that’s not the case. The three primary sources of flashers that I utilize are Vance’s Tackle, 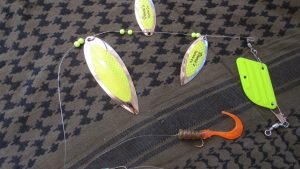 Sep’s Pro Fishing and Luhr Jensen, but I’ve got to confess that my hands down favorite flashers are manufactured by Vance’s Tackle.
Vance’s offers both “Slim Willie” and “Lil Slim Willie Flashers”. The Lil Slim Willies (LSWs) have always been plenty large for me, so I’ve never bought a set of the larger Slim Willie blades.
I spend a lot of time every season dragging my willow leaf LSWs for trout and kokanee. They work great for top lining early in the season and later on I run them first off leadcore and then off a downrigger if necessary. When toplined on 100 feet of 10 lb mono at standard trout speeds LSWs run about 10 feet deep.
The LSW is unique from other flashers because the larger blade is at the rear. This resembles a striking fish feeding on smaller minnows. Even though the rear blade looks pretty large, drag is minimal. I often topline these on a Vance’s Tackle downrigger rod without overloading the rod.
LSWs come in nickel, nickel silver fish scale, red fish scale, chartreuse fish scale and blue fish scale. All of them work well, but chartreuse is my absolute favorite color for rainbows!
Okay, you know flashers work and you know where to get them, but how do you use them? This is where things get really simple. To catch fish all you need to do is attach 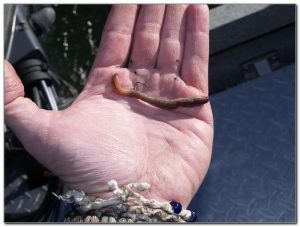 the blades to your line, add a short 14 to 24 inch leader to the back of the blades, attach an offering to the leader and start catching fish…That’s it!
For trout slim profiles spoons work great. Needlefish and Excels are good, but I really like the little guys like Sep’s Pro Secrets, Dick Nites and Sockeye Slammers.
Trout also respond really well to grubs and trolling flies worked behind flashers and of course the number one trout trolling offering of all time is a threaded worm rotating lazily behind those sexy spinning blades!
If my life depended on catching a trout while trolling, I’d go with flashers and a worm…That’s saying a lot, there are a bunch of different lures in my tackle box!
When kokanee are the target I generally rig an Uncle Larry’s spinner behind my blades, but at times you’ll find me pulling a small spoon too. Usually an orange or pink Dick Nite or Sockeye Slammer.