Roughly twelve years prior to his top 5 finish at the recent Bassmaster Elite Series event at the St. Lawrence River, professional angler David Walker cast his first ElaZtech® bait.
At the time, Walker and a number of his colleagues viewed the new material mostly as a fad, a bait trend that wouldn’t last. Turns out, with an increasing number of victories to its credit, the “alternative” softbaits might be more analogous to high-performance superlines and the way anglers once viewed them relative to monofilament.
“When I first fished some of the early ElaZtech baits, I remember having a hard time believing how soft and yet how durable they were,” recalls Walker. “It took a bit of experimenting with rigging, and trying the different shapes and bait styles. But pretty much right away I realized just how deadly these baits could be—particularly as a jig or swimbait trailer.”
For Walker and other anglers, however, the big revelation occurred following early trials with a dropshot rig. “The more you fish ElaZtech on a dropshot, the more you appreciate just how much the baits elevate your game. I mean, you’re not supposed to do things like catch over a hundred bass on a single softbait.”
Bassmaster Elite Series angler David Walker says ElaZtech has transformed his dropshot fishing. 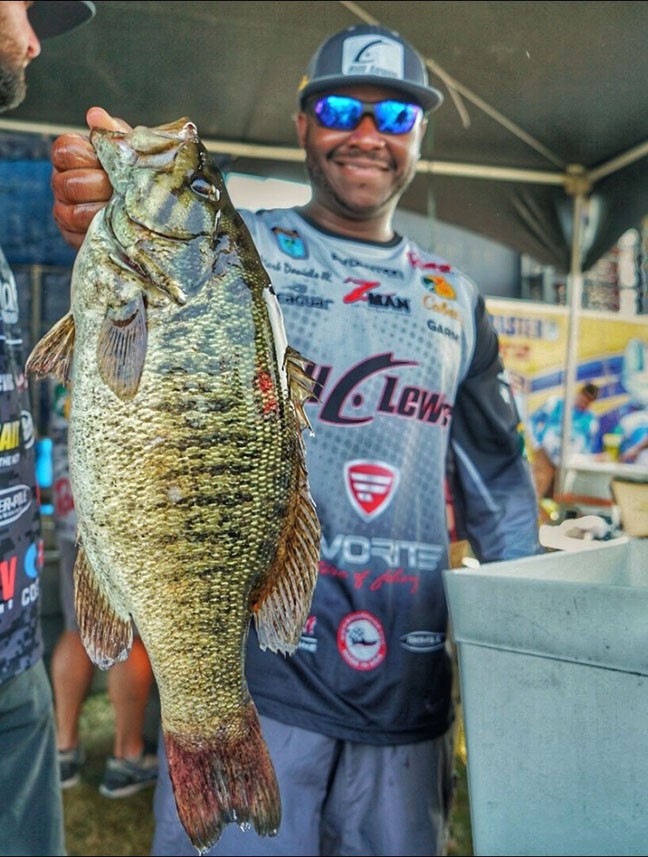 Interestingly, it wasn’t until 2017 that Z-Man— the principal ElaZtech innovators— released their first dropshot-specific bait. A collaborative design by company confidants, biologists and industry insiders, the Trick ShotZ™ exhibits several radical qualities.
“We knew ElaZtech’s unique characteristics would translate into a truly special dropshot bait,” said Lonnie King, fishing writer and co-designer of the Trick ShotZ. “With ElaZtech, it was possible to sculpt an ultra-refined profile—including a paddle tail, distinct ribs and a thin caudal peduncle— without any worries about fragility. The bait’s super soft, slim anatomy would make it move and articulate like mad. We also wanted to pack the bait with salt, yet maintain buoyancy. The material itself allowed us to do things with the Trick ShotZ that would have been impossible with traditional PVC.”
Not surprisingly, Walker’s initial impressions of the bait were dead on. “It’s almost inconceivable that you can call out the most desirable traits of a dropshot presentation and get them all in a single bait.”
Action – The most advantageous element of a successful dropshot rig, bait movement is a direct reflection of shape and the material itself; specifically, relative thickness and softness of the plastic. “It’s easy to get a large bait to move underwater,” Walker observes. “But finding small, 3 or 4 inch baits that aren’t rigid, and those that articulate, wiggle and swim is really rare.
“At the (late August) St. Lawrence event, I used a Z-Man Trick ShotZ and continually marveled at how beautifully it moved underwater. This bait shimmies and looks super lively. Smallmouth bass simply can’t say no to it; it’s like ElaZtech is their Kryptonite.” 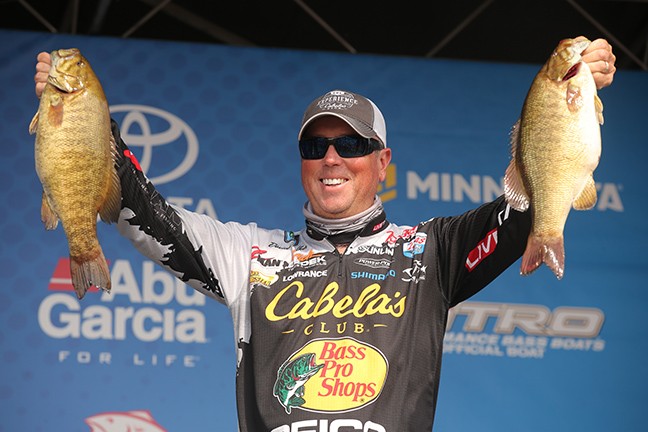 Buoyancy – Rare among softbaits, buoyancy and flotation, like softness, actually generates action. Because so few dropshot baits rise up and elevate the rig at rest, many anglers don’t even acknowledge this powerful property. Pro angler Luke Clausen, however, recognized this quality in ElaZtech baits, early on.
“Think of what your rig looks like with a sinking bait,” Clausen suggests. “Now compare it to a dropshot rig on which the bait rises up and stays in the strike zone during every pause in the retrieve. The fact baits like the Jerk ShadZ™ and Trick ShotZ sit nose down, tail up on a dropshot rig—actually attempting to float the hook—give your dropshot an incredible fluid, flowing motion as it moves across the rocks. You just get so much more action out of these baits; buoyancy and softness actually work together to show bass something completely lifelike, unique. In my experience with big smallmouths, nothing beats it.”
Mark Daniels Jr., who won the July Bassmaster Elite Series tourney at Lake Oahe, says bait buoyancy actually imparts more action with minimal rod movement. “Each time I stop twitching the rod tip or halt my retrieve and give slack line, the bait floats up and stays high in the water column. So, it’s moving all the time. With current, ElaZtech baits move even more; they’re triggering bites almost nonstop.”
Durability – Another unheard-of attribute among conventional dropshot baits, ElaZtech offerings such as the Trick ShotZ, Jerk ShadZ and Finesse WormZ™ boast resiliency that’s nearly impossible to comprehend, given these baits’ soft, pliable texture. “When you squish an ElaZtech bait between your fingers, or pinch it with pliers, or stretch it to ten times its length, it doesn’t make sense when it springs right back to its original shape. But that’s part of the material’s magic,” Walker observes.
“This same toughness becomes a huge advantage on the water. At the St. Lawrence tournament, due to the extreme conditions—current, depth, rocks, and constantly pecking gobies—many guys were dragging empty hooks on their drifts. But I could lightly nose-hook a Trick ShotZ or a Finesse TRD™ and fish with total confidence, knowing the gobies couldn’t rip the bait off the hook.”
Walker adds that the resiliency of the material even allows him to wacky-rig baits like the ZinkerZ without use of an O-ring. “I can skin-hook the bait with a 1/0 Neko hook and never have to worry about ripping it. That’s a huge time saver.”
Daniels Jr. tapped a similar trick to separate himself from a field of talented dropshotters on Lake Oahe. “When the bite got tough after a few days, I think I was showing the bass something a little different—a wacky-rigged Finesse WormZ (green pumpkin) on a dropshot with a size 1 Owner hook. The toughness of ElaZtech meant I could lightly hook the bait through the egg sack and get a ton more action out of it. Also, lots of toothy walleyes kept biting the bait, but it wasn’t a factor because they couldn’t tear it up.”
Bonus Factors – Clausen, who works dropshot rigs from the Columbia River, Washington all the way east to Great Lakes, calls out the baits’ propensity to absorb scent. “The sponge-like composition of ElaZtech makes it a perfect vehicle for carrying oil-based attractants,” he believes. “Scent is a big deal with smallmouths—and at times, for largemouths, too. I like to squeeze a little Pro-Cure into bait bags prior to hitting the water. Even after 3 or 4 hours of fishing, I can still smell the scent on the bait.”
Clausen sums up the power of the so-called “alternative” bait material: “ElaZtech is the greatest gift to dropshot anglers since the rig was invented.”