In spite of the forecast of modest numbers of salmon on the ocean this season by the National Marine Fisheries Service (NMFS), this has turned out to be a surprisingly good year for Chinook fishing in the ocean and the Sacramento and Feather rivers to date. 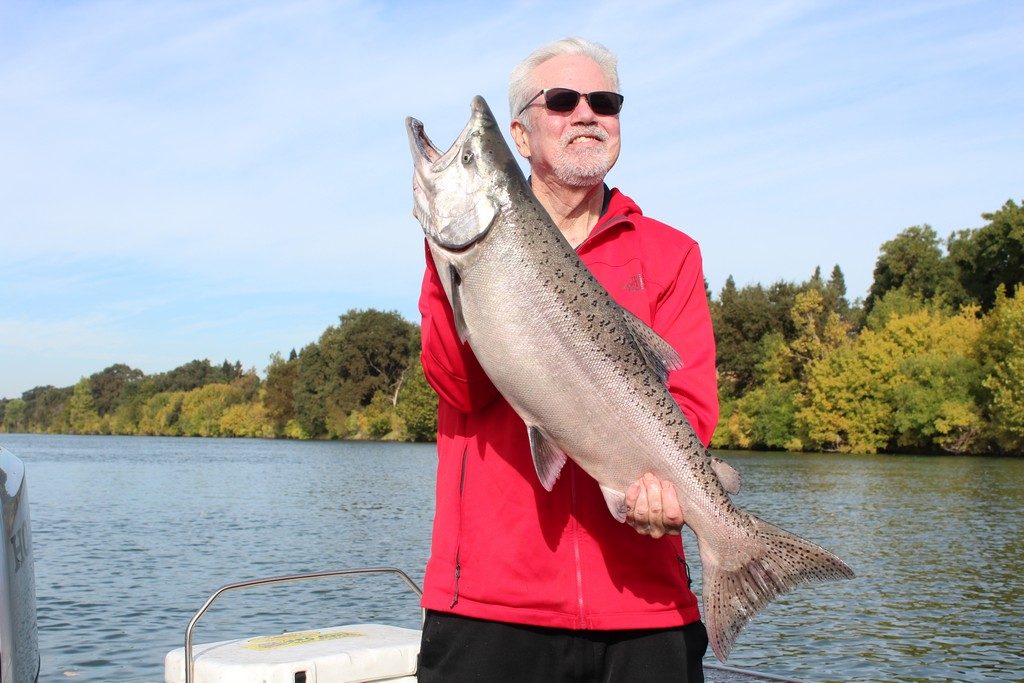 Dr. Michael O’Farrell, NMFS scientist, forecasted approximately 229,400 Sacramento River fall Chinook adults would be swimming on the ocean this year, but the number that actually showed up appears to be much larger.

The top-notch fishing for salmon that anglers have experienced on the Sacramento in the State Capitol was underscored by the recent trip I made with Monte Smith of Gold Country Sportfishing.

The day began with a sizzle, as both Abourezk and Wilson landed their one fish limits to 14 pounds by 7:30 am. Both fish were bright kings that had apparently just moved up from the ocean.

Now it was time for Captain Smith and I to catch our limits. Smith decided to move downriver below Garcia Bend. After a couple of hours without hook-ups, one of the rod tips went down as a salmon grabbed the plug and I began reeling the fish in. Smith netted the beauty after it put up a dogged battle. It weighed 17 pounds and was the day’s biggest fish.

Finally, around noon, Smith filled out his limit with another shiny salmon around 8 pounds. We were done in time for lunch while fishing in the heart of the bustling Sacramento metropolitan area. 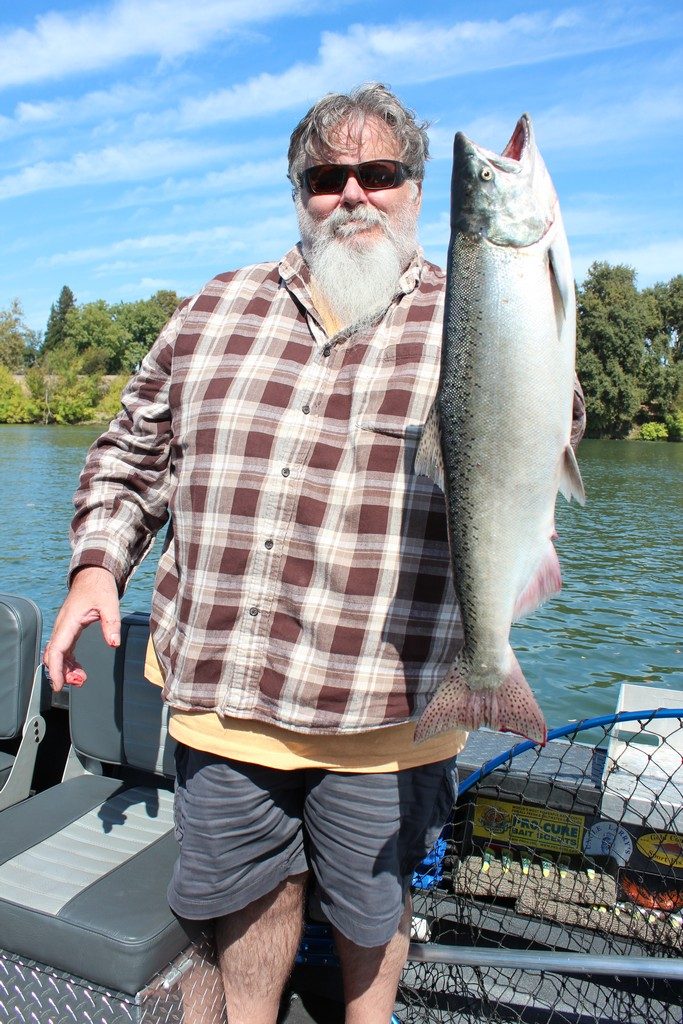 A couple of weeks after our trip, Abourezk and Wilson made another trip with Smith that produced limits in downtown Sacramento.
‘This trip was great,” said Smith. “We ended up two salmon and a third one for myself, along with two other hard grabs, all by 8:30 a.m. Two fish were smaller and one weighed 14 pounds.,” said Smith.

On October 24, Rob Reimers of Rustic Rob’s Guide Service reported early limits of salmon in the Sacramento area. “The Jack Pot cut plug was the hot one again today. We ended up with 3 fish for 3 hook ups,” said Reimers. “We also let a little jack salmon go .” 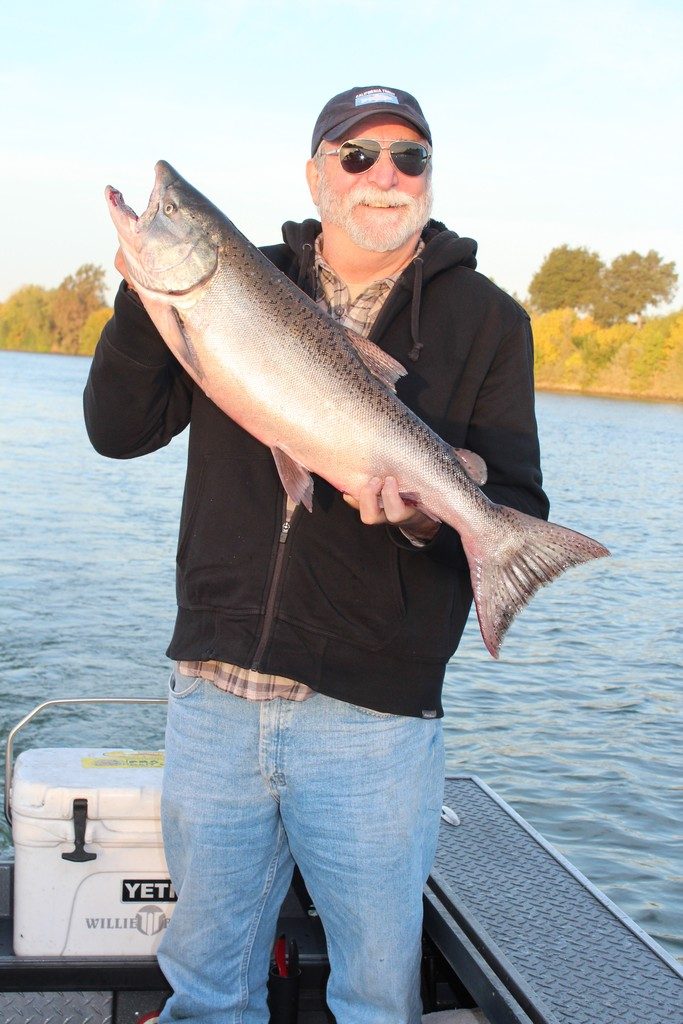 Salmon are being hooked by bank anglers and boaters on the Sacramento from below Vieira’s Resort in Isleton all of the way upriver to Verona now. Information: (209) 581- 4734.