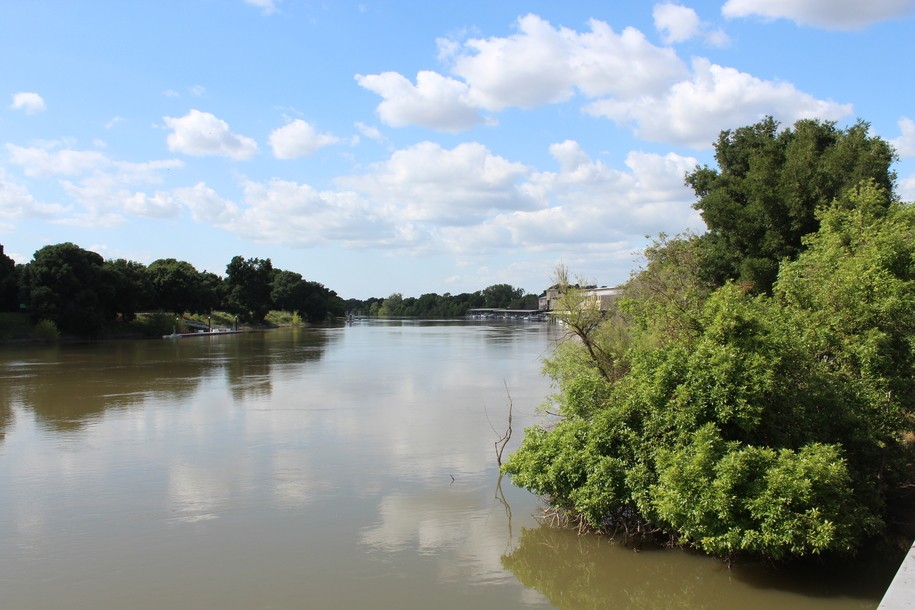 This article published here in October of 2010 covers the bizarre experience of four of us who tried to attend a secret meeting of the Bay Delta Conservation Plan, the predecessor to the California WaterFix plan to build the Delta Tunnels, in Sacramento on September 30, 2010.

It’s over 8 years since I wrote this piece, but in spite of the multitude of protests and lawsuits by fishermen, Tribal leaders, Delta residents, environmental justice advocates, family farmers, elected officials and Northern California cities and zombies, this project continues to limp forward like a hard-to-kill zombie.

Republican Governor Arnold Schwarzenegger restarted the latest incarnation of the Peripheral Canal, decisively defeated by the voters in November 1982. In 2007. Democratic Governor Jerry Brown embraced Scharzenegger’s version of the project when he entered his third term in 2011, transforming it to the California Water Fix’s twin tunnels project in 2014. Democratic Governor-Elect Gavin Newsom says he will continue the project, although he would prefer a single tunnel rather than two tunnels. Here’s the piece:

How many Delta residents does it take to stop a secret Bay Delta Conservation Plan meeting?

The 50 participants in a secret meeting deciding the fate of the Sacramento-San Joaquin River Delta on September 30 chose  to leave rather than to allow four Delta advocates to listen to the proceedings.

We arrived at the meeting of “principals” of the BDCP at the Farm Bureau office in Sacramento just as the meeting was getting started. You could feel the tension and sense the surprise by the federal and state agency officials, water agency leaders, corporate agribusiness officials and others gathered there as we walked into the back of the room.

The Department of Water Resources has told legislators that they’re not welcome at meetings of signatories to the BDCP, the plan that state water exporters have undertaken to secure their water supplies. Many advocates view the BCDP as a thinly-veiled attempt by the Governor to put in place the plans for a peripheral canal/tunnel before he leaves office.

The meeting facilitator, Betsy, announced our unexpected arrival. “We have guests in the room. Would you please identify yourselves?”

We all introduced ourselves and then the meeting stopped. The facilitator talked to us about the process and why they had to meet in secret so there would be no “attribution” of comments by participants. “We have had to say no to other people who wanted to come to the meetings,” she stated. “This is not a definite plan we’re coming up with. This is a temporary process to give advice to the permanent process. We were asked not to report the names of any of the participants or attribute quotes to them. We refused. “

She emphasized, “The policy of non-attribution governs everything said in this room. We don’t let anybody from the press come to these meetings since in the past the newspaper has served as the vehicle of negotiations – and we don’t want that to happen.”

Jennings responded that “the state and federal agencies are sending the wrong message here. I have worked on protecting the estuary for 3 decades, but I have no representatives here. The representatives from two Senate offices weren’t allowed here either.”

Baker and Crenshaw agreed with Jennings and myself that we had the right to stay in the meeting. Betsy went back to the group and they said they wanted to take a break to decide how to deal with our presence.

After a long delay, Betsy came back and stated, “The group as a whole has asked you to leave.”

Jennings, after asking under whose authority or jurisdiction we were being asked to leave, said, “Are you prepared to have us arrested?”

Betsy received word from Natural Resources Secretary Lester Snow that rather than having us arrested, they would not continue meeting in that room unless we left. The participants then began leaving from the room, disbanding the meeting.

After the meeting was disrupted, Jennings said, “I’m astounded that four people involved in Delta issues for decades walked into a room and had everybody walk out from continuing the discussion about the future of the Delta.”

“What I’m really disturbed by is the corruption of this public process and how the participants are deciding the fate of the Delta behind closed doors.” Jim Crenshaw noted, “I find it incredulous that these meetings are not open to public.”

Bret Baker added, “Today I feel like a proud American. I understand the meaning of Margaret Mead’s statement that ‘Never doubt that a small group of thoughtful people could change the world. Indeed, it’s the only thing that ever has.’”

Sandy Cooney, deputy secretary for communications for the California Natural Resources Agency, was critical of our effort to attend the secret meeting in the Central Valley Business Times on September 30.

“There’s a lot of discussions that are happening in the course of developing the Bay Delta Conservation Plan that will go into the public process of how the plan is eventually developed,” Mr. Cooney claimed. “No decisions, not a single decision, is going to be made if it doesn’t eventually go through the public process and the steering committee of the Bay Delta Conservation Plan.”

“Mr. Cooney insists that plans for the Delta, the largest estuary on the west coast of the western hemisphere, will be done in a transparent way,” the article added.

Mike Wade of the California Farm Water Coalition also slammed our attempt to attend the BDCP closed-door meeting. “The action taken by these four individuals have probably done more to set back efforts to resolve California’s water crisis and protect the Delta than any one action in recent memory,” Wade stated. “What a shame.”

In reaction to Wade’s comment, Jennings quipped, “I don’t know whether to take a bow or to open the champagne. Unfortunately, the principals convened their secret session at another location after we left and then again at an undisclosed location the following day.”

These meetings have been going forward behind closed doors since August in what Resources Secretary Lester Snow told lawmakers was “a key procedural component of the public BDCP Steering Committee process.” Speaking seats at the meeting had been reserved for “principals,” representatives of the entities who have financed the planning process.

Jonas Minton of the Planning and Conservation League noted that exporters had withdrawn from the public BDCP process when confronted with overwhelming scientific evidence that exports from the Bay-Delta would have to be reduced to save the Estuary. “They’ve been frantically trying to come up with some kind of agreement that could be signed before this Governor leaves office,” said Minton.

A sharply worded letter sent on September 16 by Members of Congress and the California legislature urging Lester Snow and Interior Secretary Ken Salazar to open the BDCP talks to the public and include Delta representation preceded our visit to the secret meeting.

A similar push to the BDCP by the Governor has driven the Marine Life Protection Act (MLPA) process going forward in coastal Northern California, noted Barbara Barrigan-Parrilla, campaign director of Restore the Delta.

“The MLPA Initiative, like the BDCP process, has been characterized by attempts to bypass open meeting laws,” said Barrigan-Parrilla. “ In that case, MLPA officials limited media coverage of their ‘work sessions,’which they distinguish from public meetings. One independent journalist was arrested for trying to film “work session” proceedings.”