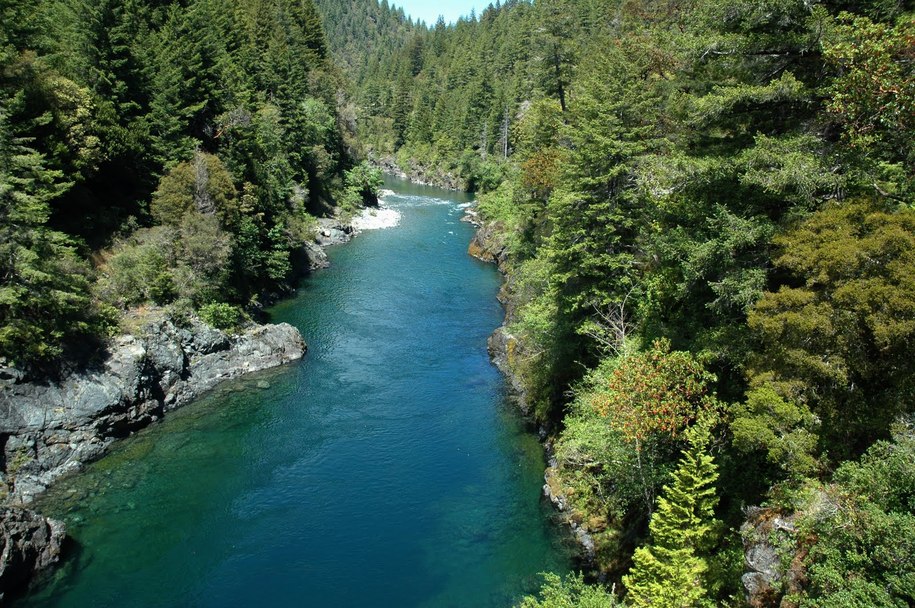 The Smith River, located in the redwood region of the far northwest corner of California near the Oregon border, is known as the state’s most pristine coastal river. The legendary river produces huge steelhead and king salmon for anglers fishing from shore and boats every year — and is home to the California state steelhead record of 27 pounds, 4 ounces, set back in 1976 by Robert Halley of Crescent City.

Yet this gem is threatened by massive pesticide pollution from lily bulb farms in the river’s estuary. This estuary, along with other river estuaries up and down the coast, provides key habitat for juvenile salmon, steelhead and coastal cutthroat trout on their migration.

The Smith is the state’s last undammed and undiverted coastal river, but fishermen say pesticide pollution is killing salmon and impacting the fishing and recreational industry in this rural and economically depressed area.

In October, the North Coast Regional Water Quality Control Board announced that it was abandoning a seven-year long process to establish a permit for lily bulb cultivation in favor of a “purely voluntary program” for this Wild and Scenic River, according to the three groups.

“The Smith River salmon restoration potential is unparalleled,” stated Noah Oppenheim, PCFFA Executive Director. “Despite its outstanding upstream habitat quality, the Smith has the state’s heaviest pesticide use per acre directly adjacent to its estuary, with virtually no regulatory oversight.”

In contrast, California salmon fisheries are heavily regulated by the federal Pacific Fishery Management Council and California Department of Fish and Wildlife — and North Coast fisheries have been severely curtailed or closed in recent years. “It’s time for other industries that impact ours to clean up their act; our coexistence depends on it,” emphasized Oppenheim.

Oppenheim said at issue is roughly 2,000 acres of the Smith River’s estuary farm land that is used for lily bulb farming,

“Growers use nearly 300,000 lbs. of fumigants, herbicides and fungicides yearly in the estuary,” he stated. “The estuary is critical habitat for coho salmon, a threatened species. Residents and federal agencies have complained of health impacts, drinking water contamination, and impacts to salmon from unregulated pesticide use from farms for over 30 years. Recent studies have confirmed water contamination in the estuary.”

The petition by the three organizations claims that the Regional Board has failed to follow its own laws and policies by proposing a voluntary program. The Water Code and State Board policies require an enforceable permit for agricultural pollution that contains certain concrete features.

The groups say that recent tests detected 17 pesticides in the tributaries and ditches that feed the estuary, 10 instances of contamination of the aquatic life, and copper contamination up to 8 times the levels that are toxic to salmon.

“These are major violations of state and federal law,” said Regina Chichizola, a local policy coordinator for Institute for Fisheries Resources. “It would take very little regulation and action to stop the pesticides from entering the Smith River. Simple actions like stopping direct chemical runoff to creeks, not spraying in the rainy season, creating streamside buffers and restoring salmon habitat could protect public health and the economy on the state’s wildest river.”

“The water in Smith River belongs to all Californians,” said Nathaniel Kane, attorney for Environmental Law Foundation. “The Regional Board’s failure to regulate lily bulb farming violates laws intended to protect people and ecosystems from exactly this kind of contamination. We are petitioning today to demand the accountability and results that the law requires.”

The North Coast Regional Water Quality Control Board describes the Smith as “an important free-flowing National Wild and Scenic river in the extreme northwestern area of the Region. This 700 square mile watershed provides substantial habitat for a variety of plant, wildlife, and fish species. The river is known for its clear waters, towering redwoods, and diverse forest community that support anadromous steelhead, salmon, and cutthroat trout.”

This is not the first time that the Smith River has been threatened with environmental degradation. In 2014, river advocates waged a successful campaign to stop a large nickel mine from devastating the Wild & Scenic North Fork Smith River. That project would have devastated the area for recreation, polluted public drinking water in California and damaged critical habitat for the federally threatened coho salmon and other fisheries.

Let’s hope that the State Water Resources Control Board does the right thing like the State of Oregon did in the case of the nickel mine and puts an end to pesticide pollution on the Smith.

Photo of the Smith River courtesy of the Environmental Protection Information Center (EPIC).