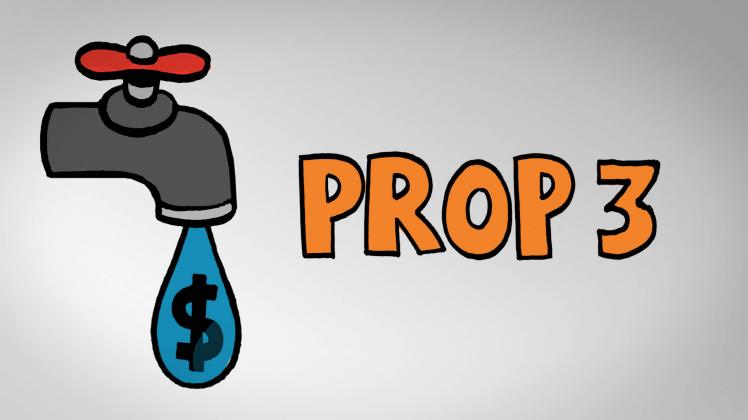 Opponents of the water bond include the Sierra Club California, Friends of the River, League of Women Voters of California, Save The American River Association, Food & Water Action, Restore the Delta and the Southern California Watershed Alliance.

The Sierra Club California, the primary opponent of the measure, celebrated the defeat of the proposition. The backers of the measure, including agribusiness, spent $5,653,034 on the Yes campaign while the Sierra Club spent less than $5,000 on the No Campaign. The Resnicks contributed $100,000 to the campaign.

“We have said all along that there were some good ideas in Proposition 3,” said Kathryn Phillips, Director of Sierra Club California. “For example, there was  money for San Francisco Bay restoration and for improving water systems in disadvantaged communities in the bond.”

“But the vast bulk of the proposition would have turned water policy upside and put the general public and the environment at a disadvantage,” she said. “That’s why we became reluctant opponents of Prop 1.”

“Also, we were concerned about the pay to play aspect of the measure and how it was crafted behind the scenes,” stated Phillips. “That’s a lousy way to do public policy, especially public policy that is expending public dollars.”

Food & Water Action, the political affiliate of Food & Water Watch, celebrated the defeat of Proposition 3, noting that it would have favored corporate agribusinesses at taxpayer expense by funding dams and other infrastructure projects that would funnel more water to special interests.

“California voters were wise to vote down Proposition 3, a measure that would have saddled our state with $9 billion of new debt to send more water to corporate agribusiness,” said Adam Scow, California director of Food & Water Action. “California’s water problems cannot be solved until the state brings agricultural water use in harmony with the realities of our supply.”

Barbara Barrigan-Parrilla, Executive Director of Restore the Delta, issued a statement crediting Sierra Club California for the defeat of the water bond:

“Credit for defeating Proposition 3 rightfully goes to Sierra Club California. Their leadership on this effort to stop Prop 3 has created yet another funding challenge for CA WaterFix and other environmentally-disastrous water projects. Moreover, defeating this measure has prevented Big Ag from receiving a massive handout without the proper legislative oversight. We are grateful for the Sierra Club’s great work to stop Prop 3 and congratulate them on a job well done!”

Supporters of Proposition 3 were disappointed by the defeat of the measure Tuesday night. “While the result of last night’s vote on Proposition 3 is disappointing, I’m optimistic that California water suppliers can overcome these challenges through their proven history of innovation and dedication to a sustainable California water future,” said Timothy Quinn, executive director of the Association of California Water Agencies.

ACWA’s Board of Directors unanimously supported both Proposition 3 and Proposition 68, which was approved by voters in June 2018.

To read my previous article about Proposition 3 and the millions of dollars being dumped into the Yes campaign, go to: www.dailykos.com/…

The Sierra Club, Food and Water Action and Restore the Delta also commented on the election of Gavin Newson as the new governor elect.

“We endorsed Newsom and are happy he got elected,” said Sierra Club California’s Philipps. “He is going to be a good governor for the environment. We believe he will be more attentive to nature resource issues than the previous two governors have been.”

Food & Water Action also welcomed Governor-elect Newsom, who has pledged to advance efforts to combat climate change, and invited him to take statewide action on fracking and oil drilling that Governor Jerry Brown failed to enact.

“We congratulate Governor-elect Newsom on his victory and look forward to working with him on advancing California’s transition to 100 percent renewable energy, which must include bans on fracking, neighborhood drilling, and the swift closure of the dangerous Aliso Canyon gas field,” said Scow.  “We also urge Governor-elect Newsom to change course and drop the costly and unnecessary Delta tunnels project.”

In reaction to the election of a new Governor, Restore the Delta stated, “We have survived the election and have selected a new Governor! To usher in this new era for California, we want to make it perfectly clear what kind of water policies, programs, and projects we want to see the Newsom Administration pursue and implement.”

The group has created a petitionstating exactly what steps Governor-elect Newsom should take to secure a sustainable future for California water, and will deliver it to him on day 1 of his new term. The steps include:

Unfortunately, Newsom’s first major action regarding water issues on the morning after the election does portend well for those seeking to restore California’s imperiled salmon and steelhead populations.

The State Water Resources Control Board on November 7 postponed a decision on a plan that would have provided increased water flows for the San Joaquin River and Delta after Governor-elect Gavin Newsom joined Governor Jerry Brown in signing a letter requesting more time for negotiations over the plan. For more information, go to: www.sfchronicle.com/…

In October, Governor-Elect Newsom told George Skelton of the Los Angeles Times that he will keep building the California WaterFix, but would like to scale it back to one tunnel.

“I’d like to see a more modest proposal, but I’m not going to walk away. Doing nothing is not an option…. The status quo is not helping salmon,” Newsom said. For more information, go to: http://www.latimes.com/politics/la-pol-sac-skelton-john-cox-gavin-newsom-california-governor-debate-20181011-story.html

It is clear that the public must put heavy political pressure on Newsom to support salmon and steelhead restoration and stop the environmentally destructive Delta Tunnels plan. Restore the Delta has created a petition urging Newsom to do the right things on California water – rather than continuing the policies of Jerry Brown. You can sign it here: petition