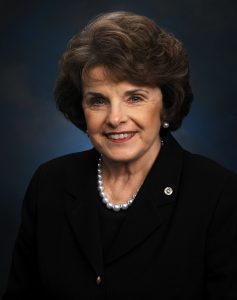 In a letter sent out to constituents on January 17, Senator Dianne Feinstein said she has withdrawn her support, at least for now, for a proposed amendment to the Water Infrastructure Improvements for the Nation (WIIN Act) that would have weakened protections for endangered salmon and steelhead and other fish species and allowed more pumping of Delta water to corporate agribusiness interests.

“I understand that you are concerned about a proposed amendment to fiscal year 2019 funding legislation that would have extended portions of the Water Infrastructure Improvements for the Nation (WIIN) Act(Public Law 114-322) related to California drought,” she wrote. “You may be pleased to learn that this amendment is no longer being considered for inclusion in any current legislative package.”

However, she noted, “I strongly believe that we must continue to look for ways to address the increasing threat of drought by investing in water infrastructure, ensuring a reliable water supply, and protecting our state’s fish and wildlife.”​​​​​

“Throughout my time in the Senate, I have sought to balance the competing demands on California’s water resources.  Years of prolonged drought have placed unprecedented stress on our state’s water infrastructure, which was designed for the 16 million people who lived in California in the 1960s, but now supplies more than 40 million people.  I have worked to secure substantial investment in California’s water infrastructure while ensuring that new laws do not violate existing federal and state environmental protection,” Feinstein concluded.

In response to Feinstein’s letter, the Golden Gate Salmon Association said on Facebook, “Don’t be fooled… it’s (the WIIN Act) is still law until December 2021 and the current federal government is still citing it as justification to crank the Delta pumps sky high.”

“They want to take us back to the bad old days of the early 2000’s when they diverted record amounts of salmon water. It’s no coincidence that massive numbers of baby salmon were killed and fishing was shut down for the first time in history in 2008 and 2009,” according to GGSA.

On December 21, a coalition of environmental and fishing groups had requested that funding for environmentally superior alternatives to new dams be prioritized in any WIIN Act extension, as well as funding for the San Luis Dam seismic remediation over any new dams, according to Deirdre Des Jardins of California Water Research.

“I think the SWP and CVP contractors didn’t want to have Representative Jared Huffman hold a hearing and receive testimony on alternatives to new dams and why San Luis is one earthquake away from catastrophe whenever it is full,” said Des Jardins.

Opposition by Senator Kamala Harris (D-CA), the California Legislative Delta Caucus and other elected officials also played a key role in defeating the WIIN Act amendment for the time being.

In December, Senator Harris announced her opposition to the controversial “Water Infrastructure Improvements for the Nation” (WIIN) Act), the bill designed to increase water deliveries to agribusiness. The deal was proposed by House Majority Leader Kevin McCarthy and Senator Dianne Feinstein and was supported by the Jerry Brown and the Donald Trump administration.

“We must invest in sustainable water projects that protect critical ecosystems while also supporting our important agricultural economies across the state,” said Senator Harris in a tweet. “Extending the controversial and detrimental policies of the WIIN Act is not the way to do this.”

On November 30, then-Governor Jerry Brown announced his endorsement of the 7-year extension of the WIIN Act, “including important provisions that House Majority Leader McCarthy and Senator Feinstein have proposed that enable California water users to participate in voluntary agreements and help improve river flows to restore fish populations.”

“As Co-Chair of the California Legislative Delta Caucus, I urge Senator Feinstein, Governor Brown, and Representative McCarthy to end their support for the misguided and harmful WIIN Act extensions currently under consideration in Congress,” he said. “By pursuing this power grab, they are sending a clear message of support for billionaire agribusiness and contractors at the expense of local fishermen, farmers, and the water quality of an entire region. Instead of giving water away to billionaires, I ask that they stand up for the Delta that we call home, and the millions of Californians who believe that small businesses and the Delta’s precious environment should have a fair chance to thrive.”

Frazier said the WIIN Act, passed in 2016, enacted temporary changes to protect both water supply reliability and the ecological health of the Delta in the aftermath of a historic drought in California. He said the proposed extensions would prolong those short-term emergency provisions until 2028, without regard to actual drought conditions or Delta water quality.