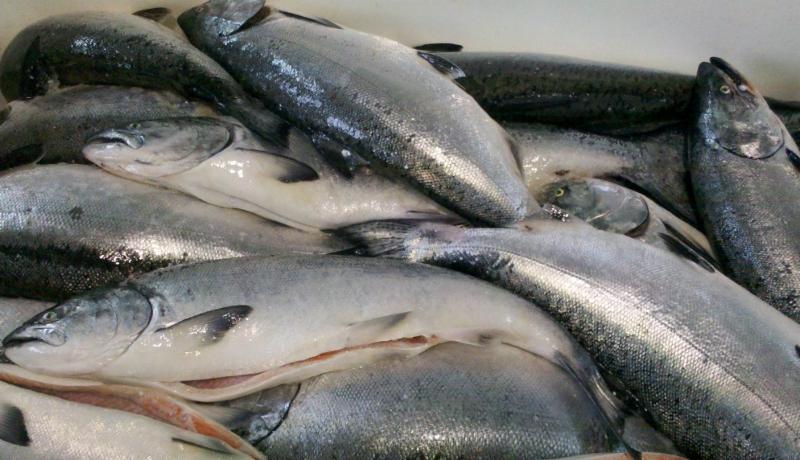 It’s starting to look more and more certain that we’re going to have good salmon fishing this year. We now know how many salmon retuned to the Central Valley last year and scientists have used those numbers to forecast how many salmon will greet the fleet when the season opens this year.

Unofficial reports say we should anticipate just under 400,000 adult Sacramento Valley salmon in the ocean now, and this is probably conservative. In addition, more salmon, above the 400,000 forecast, from the Mokelumne River hatchery and San Joaquin Valley, are out there too (not to mention the Klamath and other north coast rivers).

Seasoned observers are saying we could see the best season since 2013, which was a really good one. Then as now, the good times came two years after really wet winters and springs in the Central Valley. Since baby salmon are considered one year old when they leave the Central Valley, and most return as three year old adults, you can always count on good fishing two years after lots of rain and snow. (Yes, with this year’s rain and snow, 2021 should be a good year too!)

The less good news is that fishery managers aimed for a return of 151,000 hatchery and natural area fall Chinook adults to the Sacramento River Basin in 2018. Instead, only 105,739 adult spawners returned.

According to the 2018 Review of Ocean Fisheries, Fall Chinook returns to Sacramento River hatcheries in 2018 totaled 33,815 adults, and another 71,924 adults stayed in the river.

Soon the Pacific Fisheries Management Council will meet to determine the time and areas that will open to salmon fishing in 2019. It’s unknown how many adult spawners the National Marine Fisheries Service will want to see returned to the Sacramento Valley in 2019.

Last year they upped the number, which costs both sport and commercial ocean fisheries major chunks of their seasons and constrained inland fishing in the Sacramento Valley to one king salmon per day. Most think this year’s season should be more generous to all but we could still see some delays and other restrictions. We should know for sure in about a month.   No matter what, most expect very good fishing once the season finally gets under way.

Although we should be in for a very good year (and we need it) salmon stocks in the entire Central Valley are still recovering from the last great drought. The drought is believed to have killed off all of the salmon in several tributaries of the Sacramento River and hammered fish in the mainstem of the river badly. So we could use a few years of good returns to help rebuild the natural spawning stocks.

2020 could be a down year. Traps in the Sacramento River that catch one year old baby salmon migrating out to the ocean caught very few in the spring of 2018. These are the fish that we will fish on as adults in 2020. Some of the lowest numbers on record were recorded. But the good rains of early 2019 spell hope for the following year, the 2021 season.

In the meantime, drought could revisit us almost anytime, in fact it’s probably just a matter of when. We need to build and fortify in the good years so we don’t get wiped out in the bad. That’s why GGSA is working overtime to make inroads with the new governor to get salmon recovery, habitat improvements, and hatchery improvements on the administration’s radar. Help us. In the long run, you’ll be helping yourself.

For more information, go to: http://www.goldengatesalmon.org/