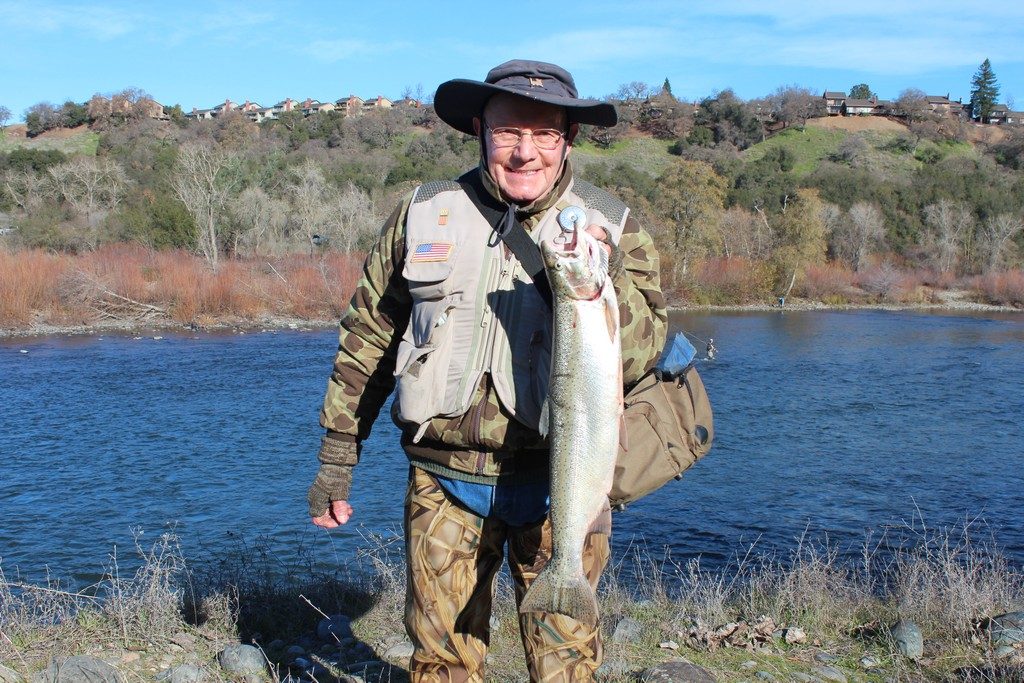 “It was the second best year run over the past decade, only exceeded by the 3409 steelhead that we counted in 2018,” said Novak. “Near the end of February, we were starting to see a lot of two-year-olds, along with the 7 to 12 lb. fish.”

In contrast, the hatchery saw a record low run during the peak of the drought in 2015, just  The high flows during 2017 certainly helped get the fish down the river past predators and the Delta water pumping facilities.

“It’s a great run this year,” he noted. “It shows what a little water can do for the fishery.”

“But more than anything else, it was more environmental conditions, including good ocean conditions and the end of drought, that resulted in the big return,” he noted.

The water on the river was been very cold this winter. “The water in the hatchery is 46 degrees,” he said. “The water is actually warmer, 47 degrees, downriver at Watt Avenue.”

In between the storms, anglers have been catching some steelhead from shore below Nimbus Fish Hatchery and at Sailor Bar while throwing out Little Cleos and beads under bobbers, but landing the fish can be tough in the high flows. Nightcrawlers are also a good bet when the flows are high, since the steelhead are often feeding on worms and insects being swept into the river by storm inflows.

Reclamation increased the releases from 9,500 cfs to 25,000 cfs below Nimbus Dam on February 26 for “flood control operations,” said Peggy Manza, Reclamation spokesperson. Then the flows were reduced to 20,000 cfs on the following day.