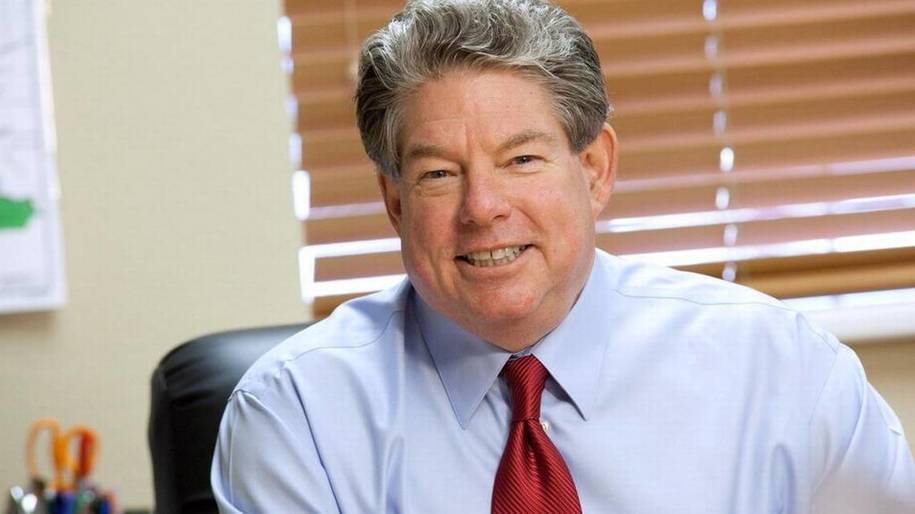 On February 12, California Governor Gavin Newson announced the appointment of William Lyons, 68, of Modesto, to serve in a new position — the Agriculture Liaison in the Office of the Governor.

Lyons, a San Joaquin Valley grower who has opposed increased San Joaquin River flows, has been chief executive officer of Lyons Investments Management, LLC since 1976. He previously served as Secretary of the California Department of Food and Agriculture from 1999 to 2004.

According to the Governor’s Office, “Lyons was selected as the western regional finalist for the National Fish and Wildlife Foundation 2010 Conservationist of the Year Award and received the United States Department of Agriculture National Environmentalist Award. He has an extensive background in agriculture and water policy.”

This position does not require Senate confirmation and the compensation is $175,008. Lyons is a Democrat.

’I’m grateful for this opportunity to serve Gov. Newsom and his Administration,” said Lyons in a news release from Mark Looker of the Looker Communications ConsultingCompany. “I’m committed to exploring balanced, common-sense and science-based solutions for the critically complex water and agricultural issues facing the state.”

“I understand the issues and concerns of California agriculture when it comes to production issues, as well as environmental and water policy issues,” said Lyons. “I look forward to reaching out to the California agriculture and water communities, and the community at large, to listen to their concerns and bring those issues forward to the Governor and his staff so agriculture has a strong voice in Sacramento.” Read more: https://files.constantcontact.com/b4bae9ea001/c130fdf0-9f75-4884-be2f-af4b6fd17d41.pdf

Nor did the Governor’s Office mention that Mapes Ranch gets water through the Modesto Irrigation District (MID), a water district that sued the State Water Resources Control Board over the Phase 1 Update to the Bay-Delta Water Quality Control Plan on January 10. (https://www.mid.org/documents/MIDLawsuitFiling_PressRelease.pdf)

Eye on Modesto, a blog by Emerson Blake about his “thoughts and observations about Modesto and Stanislaus County” noted that Bill Lyons has been CEO of Lyons investments (read Mapes ranch) since 1976, “and that is around the time Bill began treating the Modesto Irrigation District (MID) as his personal fiefdom.”  (https://eyeonmodesto.com/tag/governor-gavin-newsom/)

“Bill and or his family and business associates controlled three of the five votes on MID’s Board as long as most can remember (until Jim Mortensen bungled it),”  claimed Blake. “For years they funded any challenge to his votes/puppets by cutting a campaign donation check for $5,000 anytime they were opposed during an election (in most elections they ran unopposed due to lack of interest). For perspective a $5,000 check in past MID terms was more like a $50,000, check today.”

Some independent policy analysts and environmentalists were critical of this appointment, pointing out that having an agribusiness leader with such a conflict of interest serving in the Governor’s Office is not good public policy — and just more of the regulatory capture that pervades California environmental politics from top to bottom.

”This gives special access for some of the largest water brokers and privately held agribusiness corporations in California,” said Deirdre Des Jardins of the independent policy group California Water Research. “They are seeking to push junk science that has been previously rejected by the state water board, outside of the water board’s adjudicatory and regulatory processes.”

In a blog post, she points out how this appointment calls into question whether Newsom will allow the Water Board to make its own independent decisions on the WQCP update and the “appropriate Delta flow criteria” for the WaterFix: https://cah2oresearch.com/2019/02/18/state-water-board-loss-of-institutional-knowledge-independence-during-historic-processes/

Lyons’ appointment, as well as the appointment of a new water board chair and board member, is the result of heavy pressure by agribusiness interests and Senator Dianne Feinstein.

Environmentalists are also concerned about the lack of balance in Newsom’s appointment. “It is discouraging that Newsom has appointed a representative that’s been on the side of larger corporate agricultural interests rather than small farmers,” said Lynn Plambeck, from the Santa Clarita Organization for Planning and the Environment and a local water district board member. “Perhaps he should create a position for Delta farmers and the public as well if he is going to create a new position.”

On January 31, Cal Matters reported that Feinstein wrote a letter to the Governor “asking Newsom to appoint Bill Lyons, a Modesto farmer, to the post Marcus held.”

Newson decided to not reappoint Felicia Marcus, the Chair of the State Water Resources Control Board, under heavy pressure by Lyons and other agribusiness interests. Marcus was under fire by San Joaquin Valley growers for supporting increased flows on the San Joaquin River in the Water Quality Plan Update required under state law.

Instead, Newsom appointed Joaquin Esquivel, 36, of Sacramento, as Chair of the State Water Resources Control Board. Esquivel has served on the board since 2017. Esquivel was assistant secretary for federal water policy at the California Natural Resources Agency from 2015 to 2017.

“We have a big state with diverse water needs,” said Newson in his State of the State. “Cities that need clean water to drink, farms that need irrigation to keep feeding the world, fragile ecosystems that must be protected. We need a portfolio approach to building water infrastructure and meeting long-term demand. To help bring this balance, I’m appointing a new chair of the California water board, Joaquin Esquivel.”

In a similar vein to Newsom’s State of the State, Feinstein’s letter cited “Lyons’ knowledge of ‘environmental restoration and agriculture innovation” as the reason why he should be appointed as Chair of the State Water Resources Control Board.

“This unique backgroundmakes him perfectly qualified to guide the board through its present serious challenge of restoring California’s imperiled fisheries while maintaining the confidence of our world-leading agriculture industry,” wrote Feinstein.

As turned out, Newsom instead decided to create a special position to accommodate Lyons. Grassroots conservationists disagree that Lyons is seriously interested in “restoring California’s imperiled fisheries.” They argue instead that Lyons has strongly opposed the necessary flows to restore these collapsing fish populations.

For example, on February 16, 2017, Lyons and a group of Central Valley agribusiness interests called the California Allied Grower Group sent Felicia Marcus a letter opposing “unimpaired flows” from the Sacramento and San Joaquin rivers into the Bay Delta Estuary that the state’s own scientists say are necessary for fish restoration and proposing “an alternative approach.”

“The broad group of the undersigned farmers from throughout the Central Valley are writing to express our continuing concerns with the State Water Resources Control Board’s approach to the Bay-Delta— specifically the persistent reliance on “unimpaired flows” for both Phase I and Phase II of the water quality control plan— and to offer an alternative approach that we believe will work better for California,” Lyons and the other agricultural interests wrote.

“Upon review of the State Water Board’s Draft Revised Substitute Environmental Document supporting Phase 1 of the Bay-Delta Water Quality Control Plan, it is evident that your staff and consultants continue to employ certain thematic approaches to water management that conflict with fundamental beliefs of the greater water user community. This approach if implemented would significantly impact our operations, the economies of Central Valley farming communities, the groundwater resources throughout the region and the both the terrestrial and aquatic environment in the Central Valley,” they wrote.

The letter is available here: https://www.waterboards.ca.gov/waterrights/water_issues/programs/bay_delta/docs/sed/app4a_all/4A-Ltrs/WQCP1_0533_paul_adams.pdf

“I do not support the Water Fix as currently configured,” said Newsom in his state of the state address. “Meaning, I do not support the twin tunnels. But we can build on the important work that’s already been done. That’s why I do support a single tunnel.”

In response, Bill Wells, the Executive Director of the California Delta Chambers & Visitor’s Bureau, said his organization continues to oppose diverting Sacramento River water around the Delta, the largest estuary on the West Coast of the Americas, regardless of the method of diversion:

“The California Delta Chambers & Visitor’s Bureau opposes diverting the Sacramento River around the Delta. We have never made a distinction over the method of diversion, whether it be canals, tunnels, or any other conveyance. Diverting the river will destroy what is left of the Delta. The water barons in the south will want as much water as they can get out of the system and they will not finance it unless they are assured of this. We do not trust them!”

Could those contributions have influenced Newsom’s decision to not reappoint Felicia Marcus as Chair of the State Water Resources Control Board, his decision to appoint Mike Lyons as the new “Agricultural Liaison” to the Governor’s Office or his decision to go ahead with a one tunnel plan?

For more information, go to: https://votesmart.org/candidate/campaign-finance/70386/gavin-newsom#.XHyTfS2ZNz8