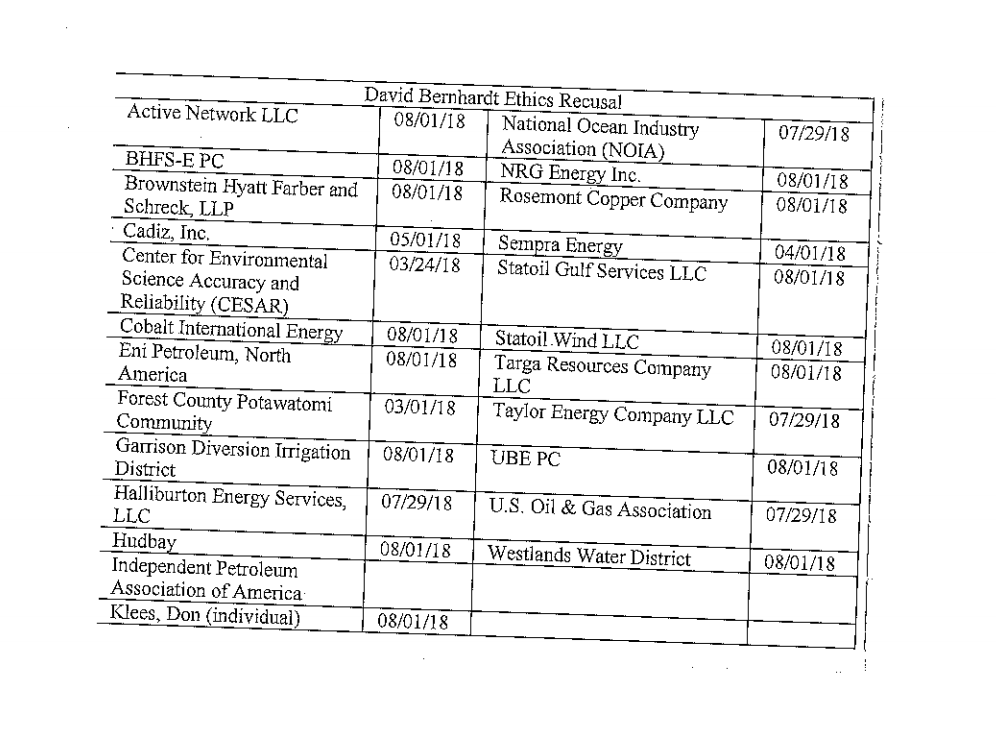 The groups also demand taxpayers be repaid for Westlands’ Delta Tunnels’ bills before his confirmation hearing.

“A brutal confirmation hearing is expected on March 28th as the Senate as President Trump has nominated Bernhardt to permanently lead the Department of the Interior. Bernhardt has served as deputy secretary since early in the Trump administration, and became acting secretary after Ryan Zinke resigned in December 2018 under an ethical cloud,” according to a press release from the groups.

Bernhardt has served as one of the main architects of the Trump administration’s agenda. CNN has reported that since Bernhardt joined Interior in 2017, the agency has made at least 15 policy changes, decisions or proposals that would directly benefit Bernhardt’s former clients, mostly regarding oil industry concerns.

But California groups warn Congress that Bernhardt’s clients also included California’s powerful Westlands Water District. In his lobbying disclosures, Bernhardt had listed “potential legislation regarding the Bureau of Reclamation and the Endangered Species Act” under his specific lobbying areas, including trying to minimize protections for endangered fish populations due to limited water flows.

Bernhardt signed an executive branch ethics pledge required him to refrain from participating in decisions that he previously worked on as a lobbyist for two years. Activists believe he has not honored this pledge and warn that he is now participating in decision that would send more water from the San Francisco Bay-Delta Estuary to Fresno-based Westlands and weak endangered fish protections.

Here is the letter.