Trout and steelhead love eggs. This is not debatable. I love catching trout and steelhead. That’s not debatable either. What does seem to be debated on occasion is whether or not certain egg imitations are ‘flies,’ although its sure hard to argue against their effectiveness! I’m not about to delve into the whole fly-or-not-a-fly thing here, however, I’d like to discuss the effectiveness of egg imitations presented with fly tackle.
My home water is the lower Sacramento River near Red Bluff. In this section of river there are salmon, steelhead, rainbow trout, and suckerfish (amongst others) that spawn in these reaches throughout the year. As a matter of fact, with the varying salmon runs alone, there are eggs present in the river in most, if not every, month of the year. Something to consider, right? 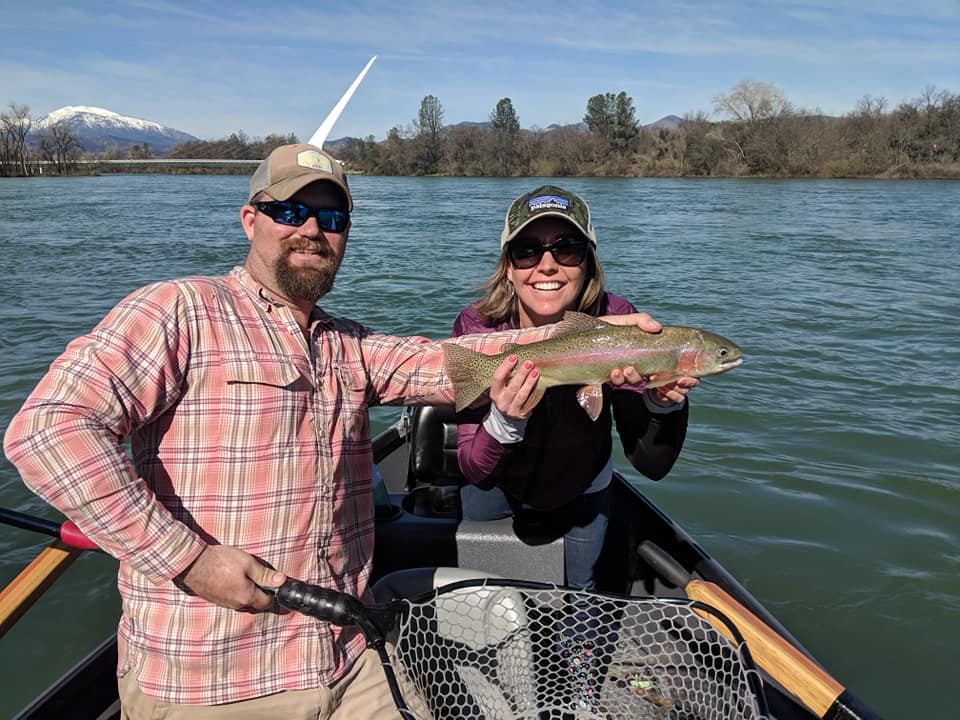 Just like fishing bugs, egg imitations should ‘match the hatch’ meaning they need to be a similar size, shape, and color to what is already in the water. Fortunately, there is every conceivable color combination under the sun available to anglers when it comes to selecting an imitation egg. Which color you land on should take into consideration what species of fish is dropping eggs at the time (salmon vs. trout?), what stage of the egg drop (fresh vs matured), and do you want to imitate a live or dead egg. These factors will help decide size and color.
To imitate a king salmon egg for example, I like sizes in the 8mm to 12mm range. How big I go will often hinge on water clarity at the time. To imitate a fresh egg, I will go with a brighter, more vibrant orange color. To imitate a dead egg, I will go with lighter peach or pearl colors, even delving into a more caramel color. 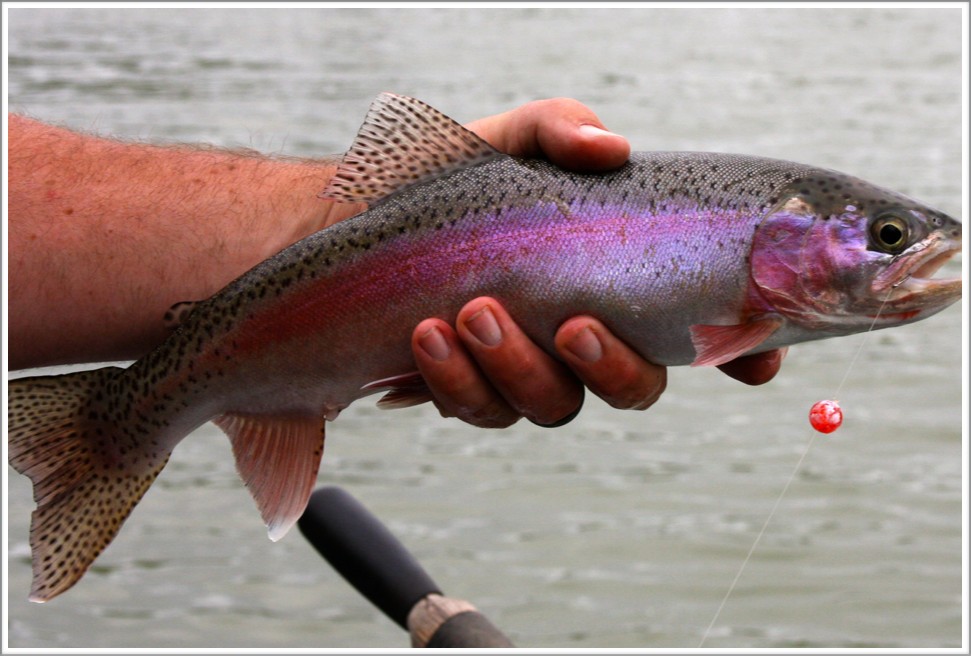 As far as which ‘fly’ to select, there are many options such as glo-bugs, soft eggs, and beads. I personally prefer the pegged bead method. After learning the ropes while guiding for giant trout in Alaska, I never looked back. No matter which imitation you choose, it’s best fished on a ‘dead drift’. Most folks use an indicator rig, but high-sticking an egg pattern is incredibly deadly as well.
The ideal water to target with an egg imitation is directly below actively spawning fish, or pieces of water downstream from where eggs may have been recently deposited. When eggs are very prevalent in the river, trout and 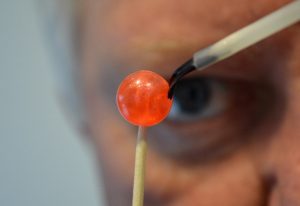 steelhead will take an egg imitation in a wide variety of holding water, not just right below spawners, so don’t abandon the egg when you stop seeing spawning activity.
Egg imitations aren’t just for anadromous waters either. There are egg patterns to mimic trout and suckerfish spawn as well. This can be an often overlooked but deadly option in any waters that spawning activity takes place. Another consideration for using an egg pattern: when fished in tandem with a nymph, it can do wonders as an attractor pattern. Although it may not be the fish’s primary target, it can be a huge factor in drawing a trout’s attention towards the pattern they are really keyed into.
Egg imitations are truly a great option to have in your fly fishing arsenal. Are they traditional flies in the feather and trimmed hair sense? Not exactly. However, if you enjoy the bend of a fly rod under the weight of a trout or steelhead, it’s hard to beat the consistency of an egg imitation!
If you’d like to hit the Sacramento River or another fishery with Jason Thatcher and learn more in person, give him a call at (916) 997-2765 or visit his website at www.riverpursuit.com.