There are a lot of qualities that make a gamefish a great gamefish; a fish that’s a cut above the rest. Beauty, difficulty to catch, table fare, availability and the environment the fish calls home come to mind. However, there may be an attribute above all the rest, and that is how hard the fish fights. The real brawlers usually live in saltwater. Tuna and marlin are synonymous with epic battels. Freshwater fish don’t get as big, and they don’t have the endurance, but some of them can really scrap.
In the lowest bracket are the wet towel fish that come in like a rotten log once hooked. A few underwhelming species that come to mind are Sacramento pikeminnow and walleye. The pikeminnow hits like a freight train and then comes placidly to hand. The walleye never does much of anything. Its fight is typically dead weight. Only the walleye’s delicious flesh keeps it in high esteem amongst anglers.
Moving up the scale are diminutive fish like kokanee salmon. They fight hard pound for pound, but they usually weigh in in the ounces. How hard can a 12-ounce fish possibly fight? Plus, their mouths are as durable as wet toilet paper, so there is no way you are going to pull too hard on them.
Bluegill and other sunfishes are also in this category. All the diminutive and colorful little fellows in this genus pull hard, but once again, they weigh mere ounces. If bluegill commonly weighed several pounds, they would garner a lot more respect from anglers. 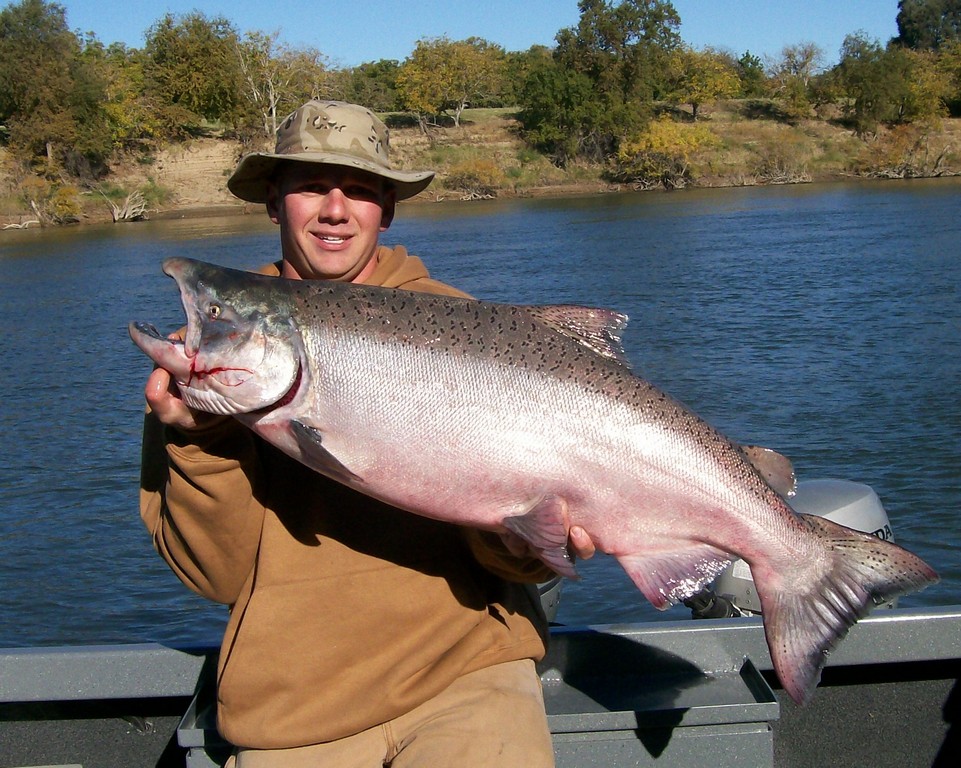 Then there are the catfishes. Bullheads find themselves in the same category as pikeminnow and walleye. The typical bullhead fight is the fish trying to alligator roll while the enthusiastic angler quickly reels it to the bank. 2-4-pound channel catfish aren’t much better. Once a catfish gets in the 7+ pound range, it can give a decent account of itself. A big catfish over 15 or so pounds can put up a pugnacious battle. It’s not uncommon for a cat’ of this size to pull drag off of a reel and bend a rod to the hilt.
Another wet sock of a fish is a deep-water mackinaw. After the first few feet, the fish’s swim bladder expands to the point where the char no longer fights. Only the occasional headshake clues the angler into the fact that they have actually hooked a fish. Big mackinaw caught in shallow water are amongst the best fighting of all fish… more on that later.
Now that we have got a lot of the tomato cans out of the way, we find ourselves in the mid-level fighters. All of these fish can pull drag off of a reel and make a fisherman’s heart go “pitter- patter.” Many of these fish also jump when hooked, and that definitely bumps them up a couple of points.
All of the black bass species fall in this bracket for me. Smallmouth have a reputation of being the best fighting black bass, but I have had spotted bass and largemouth that could have fooled me.
Largemouth probably get airborne more than any other species of bass, and that definitely counts for something. Largemouth usually telegraph their soon to come acrobatics in a long run towards the surface. When your line makes a v-wake along the top of the water, a jump is forthcoming.
Smallies’ bulldog and try to dig their way back to the bottom. A lot of anglers would say smallmouth pull harder than just about any fish pound for pound. I wouldn’t disagree, but therein lies the problem; most smallmouth weigh 1-3 pounds. If they got up to 20 pounds, they might find themselves the champions of this argument. Spots’ fight pretty similar to smallies’.
Then there are my beloved trout. Cutthroats tend to be the dogs of the trout world, but a Pyramid Lake Pilot Peak Cutt’ is a tank. As a matter of fact, big Pilot Peak Cutts’ will advance to the latter rounds of this topic. Smaller Lahontan’s like those found in Heenan Lake usually just headshake their way into the net. Yellowstone Cutts’ are similar. Snake River Fine Spots’ are slightly better. Coastal cutthroats, while scrappy, don’t obtain large enough sizes. Any cutthroat/rainbow hybrid will be an excellent fighting fish.
Moving on, brook trout and brown trout are held in about the same regard by me. They both fight well, and browns can get absolutely huge. Big browns have frustrated the devil out of me while fishing the Truckee River. Many a 5-7-pound brown has been lost by immediately getting airborne and shaking its head; resulting in a quickly tossed Rapala.
As previously mentioned, small mackinaw pulled up from 200’ are some of the most loathsome fighting fish there are rivaling gobs of moss and old shoes. However, hook a 15-25-pound mackinaw in 40-80’ of water vertically jigging, and you have a very different beast on your hands. A shallow water mackinaw has determination and sheer size on its side. Macks’ can pull drag in a determined fashion that will make your jaw drop. Along with a big Pilot Peak Cutthroat, these are some of the best fighting purely freshwater fish you can find. 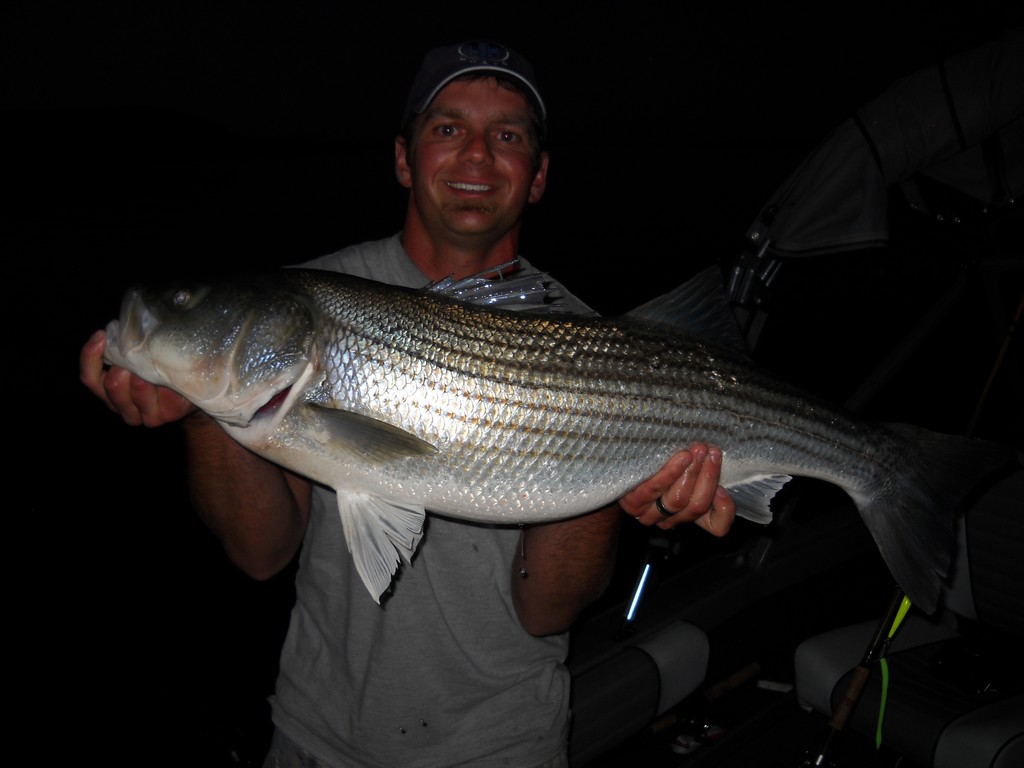 There is a reason rainbow trout are so popular. They are one of the sportiest fish in the world. They are beautiful fish in the hand, and the fight of a big rainbow can only be described as frantic. They can switch directions on a dime, and their endurance is unmatched by just about any other freshwater fish. Let a rainbow go to the ocean, where it becomes a steelhead, and you have the fish equivalent of a turbocharger and a serious horsepower boost. They also catch air more than just about any other fish.
Chinook salmon are better yet. All of the salmon species are good fighters, save for spawned up pink salmon that alligator roll like a big toothy bullhead catfish with a hump on its back. I have hooked some chinook trolling in the Lower Sacramento in warm water conditions that gave up very readily. Those fish found their way to the net before the other rods could even be cleared. However, that is the exception, not the norm. I have hooked chinook that I swore had been grabbed by a sea lion. One fish in particular pulled out 220’ of line off of my line counter reel before it stopped. I put my thumb on the reel thinking, “Damn sea lion got my fish!” Wrong! It was just the fight of a very determined 22-pound chinook. I also recall fish of 27 and 31 pounds repeatedly getting airborne and causing my heart to leap with their every jump.
Lastly are two species of the Sacramento River Delta that can really pull. Big stripers and sturgeon are some of the hardest fighting fish you can tangle with in freshwater. Much like chinook and steelhead, these species get a turbo charging out in saltwater, or at least most stripers do. Some of the biggest smartest old stripers never leave freshwater. Regardless, both of these fish really pull hard.
Sturgeon very well may be the single hardest fighting fish in freshwater. Stripers don’t jump, but sturgeon readily and often times catch air like some kind of prehistoric bottom feeding marlin. Plus, sturgeon can weigh hundreds of pounds. They certainly are the heavyweight champs of this debate.
So, which fish reigns supreme? I will take a tidewater bright chinook hooked in 55-degree water over all others. Make that fish a high 30-pound class fish or better, and there is no grander fish in my opinion. A big chinook will bulldog you, switch directions on a dime, run upriver at 12 mph burning drag off your reel, and it may even jump.