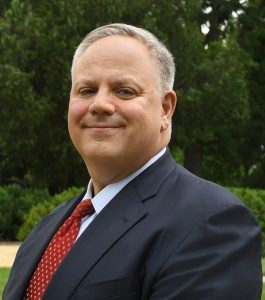 The U.S. Senate on April 11 voted 56-41 to confirm the President’s nominee David Bernhardt, former oil and gas corporation and Westlands Water District lobbyist David Bernhardt, to be the Secretary of the Interior.

Representatives of conservation, fishing and environmental justice organizations blasted the vote, with one group calling Bernhardt the administrations “most conflict-ridden cabinet nominee.”

”After all of the clear documentation about his conflicts of interest and his apparent corruption, it’s really disappointing to seeing the Senate agree to make this guy the secretary with 56 votes,” said John McManus, President of the Golden Gate Salmon Association (GGSA). “It seems to me that the Senate had all of the information to make a good decision and instead made a bad decision. I am fairly certain that we will be engaged for the next two years in fighting off aggressive federal government efforts to drain the Delta dry and export northern California water hundreds of miles to grow almonds instead of salmon.”

“It’s another shameful day in Washington, DC as perhaps the most corrupt possible nominee for a cabinet position is confirmed by the Senate. The Interior Department is now fully captured by destructive industry and big money politics. I’m disgusted,” echoed Noah Oppenheim, Executive Director of the Pacific Coast Federation of Fishermen’s Associations (PCFFA).

In a statement, Western Values Project Executive Director Chris Saeger, said, “President Trump and his allies in the Senate are turning back the clock to a time when land barons again rule the departments that are supposed to hold them accountable. Those special interests and corporate lobbyists now have their man at the helm of America’s largest land managing agency in former mega-lobbyist David Bernhardt. History will not look kindly on the Senators who voted to continue the decimation of America’s public lands and wildlife for the sake of a select few special interests.”

“Rushing to move forward with Bernhardt’s nomination without clarification on his numerous ethical lapses and investigative requests is not only a disservice to the American people, but it also means that Interior will again be led by a secretary shrouded in scandal. Make no mistake: a vote to confirm David Bernhardt for Interior Secretary was a vote against our American birthright and the viability of our public lands for future generations,” noted Saeger.

Saeger pointed out that Bernhardt, a former mega-lobbyist for the powerful Brownstein Hyatt Farber Schreck firm, has some 26 known conflicts of interests before the department he will now manage.

“He carries a notecard with him to remind him of his laundry list of conflicts and recusals, but it hasn’t stopped him from weighing in on decision sthat would benefit former clients. His powerful position at Interior has resulted in major windfalls for his former lobbying firm, which has nearly quadrupled its Interior Department and extractive industries income since Bernhardt’s confirmation as Deputy Secretary in July 2017, according to an analysis by the Washington Post,” said Saeger.

In addition, Saeger said Bernhardt has also been accused of lying under oath during his committee hearing related to his role in suppressing scientific reports, and Senators were unable to get clarification on several other key conflicts of interest questions prior to his final Senate vote.

“Senate Republican leadership has ignored calls to withdraw or delay his floor vote until his numerous ethical and investigative queries were resolved, even after a New York Times report showed that he may have conducted unreported lobbying activity for a former client, a potential violation of the Lobbying Disclosure Act of 1995,” said Saeger.

Saeger and other opponents of the confirmation said Bernhardt has overseen some of the department’s most controversial public land decisions, including opening millions of acres of public lands to industrial oil and gas development and mismanaging America’s national parks during the historic government shutdown. “He’s been involved in at least 17 scandals prior to his confirmation,” concluded Saeger.

The Public Employees for Environmental Responsibility (PEER) described Bernhardt as a “monumentally bad pick to lead Interior,” noting that the former gas and oil lobbyist sets a “new low bar for regulatory capture.”

“The Senate has set a terrible precedent in confirming David Bernhardt as Secretary of the Interior,” said Tim Whitehouse, PEER’s executive director. “Secretary Bernhardt has spent his career working in the shadows to protect corporate profits and undermine good governance.”

“David Bernhardt has a long history of trying to suppress science in order to support drilling, fracking and mining on some of the most ecologically sensitive areas of our country,” said Peter Jenkins, PEER’s senior counsel.

Bernhardt and his former lobbying firm have donated almost $1 million since 2013 to senators who will vote on his confirmation, according to a MapLight investigation: https://maplight.org/story/interior-nominee-and-his-lobbying-firm-have-donated-almost-1-million-to-senators/

“A MapLight review of campaign finance data found that Bernhardt, Brownstein Hyatt employees and the firm’s political action committee contributed more than $225,000 to members of the Senate Energy and Natural Resources Committee between 2013 and 2018,” MapLight wrote. “The firm and its employees also donated more than $960,000 to current members of the Senate, who will cast the final vote on Bernhardt’s confirmation.”

On April 10, Representative Jared Huffman tweeted, “The revolving door keeps on spinning with @DOIDepSec David Bernhardt. Today, @RepRaulGrijalva& I asked him to explain why @Interioris stonewalling an investigation into the Dept’s accounting tricks that spent taxpayer $$ to help Bernhardt’s old client.” http://bit.ly/2U9rbIH

Then just jfive days after the U.S. Senate confirmed Bernhardt as  Interior Secretary, the Western Values Project (WVP) on April 16 filed suit in Superior Court of the State of California for the County of Fresno against Bernhardt’s former client, Westlands Water District, for three unfulfilled public records requests under the California Public Records Act (CPRA).

“This petition on behalf of the Western Values Project seeks a writ of mandate compelling Westlands Water District to make available for inspection public records in its possession, as required by the California Public Records Act (“PRA”), Gov’t Code §§6250-70. For almost two years after the Western Values Project submitted a number of public records requests, the Westlands Water District has refused to produce responsive public records, or to identify any basis for withholding such records,” the lawsuit states.

WVP submitted the public records requests on May 4, 2017, to Westlands regarding communications with their former lobbyist-turned Interior Secretary David Bernhardt. “After nearly two years, not one of the requests has been fulfilled, a violation of California law,” according to a statement from the group.

The group claimed Westlands Water District has “materially benefited” from Bernhardt’s work as a lobbyist and later as a public official. Secretary Bernhardt and Westlands have also been at the center of numerous investigation requests for potential civil and criminal violations of the Lobbying Disclosure Act of 1995 (LDA), said WVP.

More information on the former lobbyist and his conflicts is available at www.davidbernhardt.org.