The morning had been slow and frustrating. I’d trolled a pair of Arctic Fox flies for several miles, peddling the Hobie Pro Angler 14 at 1.5 to 1.8 mph. For my efforts, I’d gotten one strike early that didn’t stick and a half-hearted tap about 90 minutes later.
What the heck was going on, the flies had worked so well the day before?
As the sun cleared the mountains I knew it was time to change things up. I stuck with the fly that had been hit, a dandy white and blue smelt pattern that I had working at 5 feet.
On my second hybrid leadcore set up, I removed the fly and replaced it with my favorite small Ex-Cel Spoon. The spoon is mostly silver, but has some blue and purple highlights. Over the years, I’d caught a lot of big trout on the spoon and little did I know I was about to catch another. 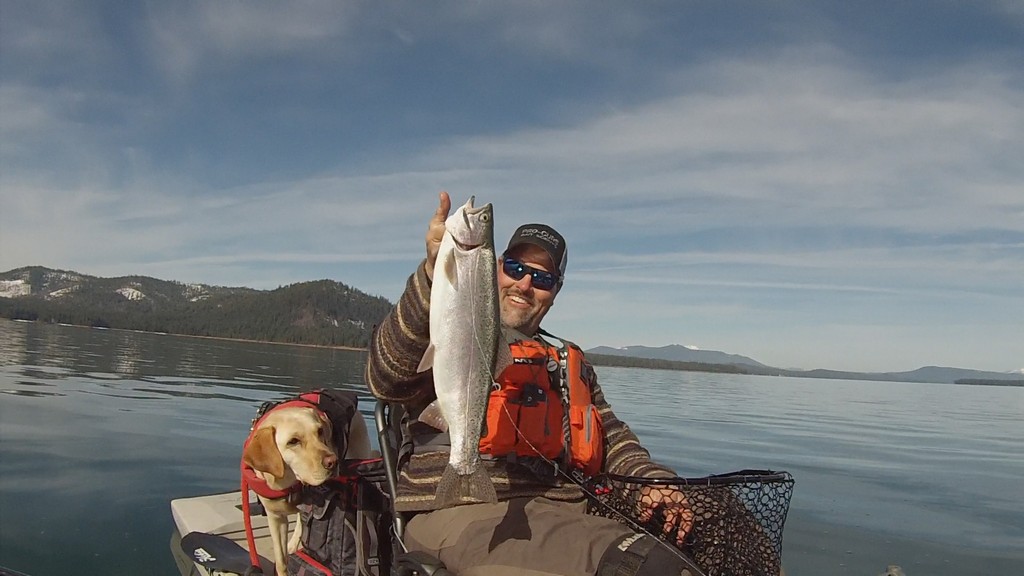 With the spoon working at 12 feet I bumped my speed up to 2 mph and left the east shore, setting a course for Rocky Point on the west side. I’d covered maybe 1/8 of a mile and my dad had just called me on my cell phone when the strike came. For some reason, I seem to get lucky when my dad calls me out on the water!
I’d just started to tell dad that the morning had been slow, when the rod pulling the Ex-Cel slashed down and to the rear in a pulsing arch. The fish was instantly into the drag and I could hear it jumping and splashing down behind me.
Lucy went from snoozing on the back deck to up and alert with the sound of those jumps and dad hung up saying, “Fight that fish Cal”.
I knew the trout was big, so I didn’t want it jumping. That’s when a trout has the greatest chance of tossing the hook. I kept the rod low and worked the reel just fast enough to keep the rod tip loaded against the fish.
My strategy paid off and the trout swam slowly my way until it was about 40 feet from the kayak. It either saw me or just didn’t like the way things were going because it bolted off on a drag spinning run that culminated with several more wild jumps. 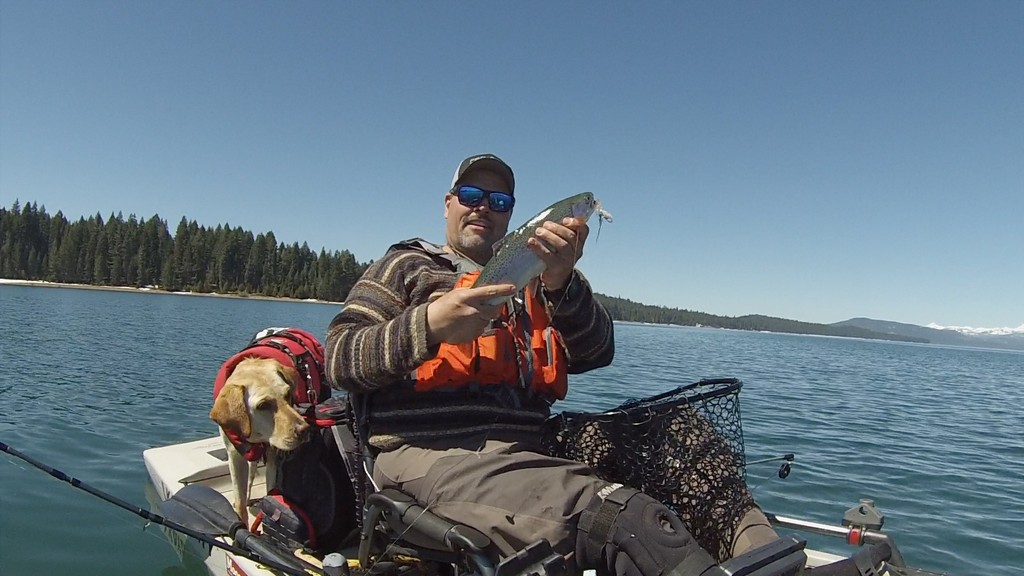 On one of the jumps the fish cleared the water by at least three feet and I saw it was a thick bodied rainbow so bright it flashed in the sun like the chrome on a 1965 Cadillac!
After touching down the trout head shook violently, ran and jumped some more. With every one of these maneuvers my heart climbed into my throat. When I finally slid the big rainbow into the net I thought, “That’s the hardest fighting trout I’ve ever caught”. And I still believe that now as I sit at my computer.
The fish was well over 20 inches long and weighed in at just over the 4-pound mark. It was the kind of trout that every hardcore trouter dreams of and I was lucky enough to get a hook into its jaw thanks to my old battered Ex-Cel spoon.
The rest of the morning was quiet but I didn’t care. My big ‘bow joined his three cousins that were already nestled beneath a layer of snow in the cooler.
With the kayak back on the trailer, Lucy and I headed back to Chester for a couple well deserved hamburgers, with a quartet of red fleshed Almanor chromers sporting a combined weight of nearly 15 pounds! 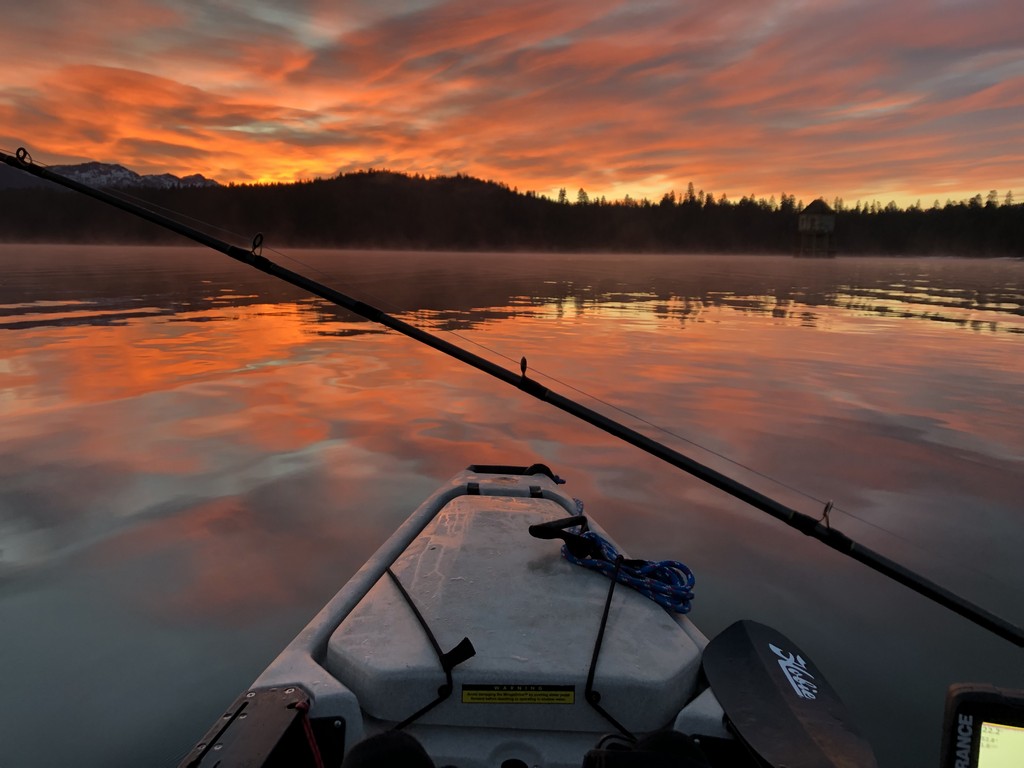