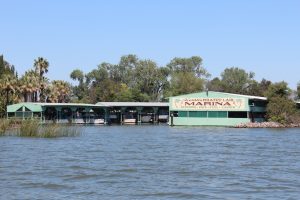 On May 7, the California Department of Water Resources (DWR) formally rescinded the Bond Resolutions authorizing issuance of almost $9 billion of bonds to pay for the start of construction of the controversial Delta Twin Tunnels, formally called the California WaterFix.

”There is great news now reflecting a complete restart of Department of Water Resources (DWR) planning for Delta water export issues including conveyance,” said Bob Wright, Senior Counsel of Friends of the River. “On May 7, 2019, DWR rescinded the Bond Resolutions authorizing issuance of almost $9 billion of bonds to pay for the start of construction of the WaterFix Delta Tunnels Project”

Wright said the bond resolutions had been adopted by DWR on July 21, 2017. DWR then filed a state court action in Sacramento to validate the issuance of the bonds, which if successful, would have prevented any later challenges to the financing for the project.

Friends of the River, Restore the Delta, Sierra Club California, and the Planning and Conservation League were among the public interest organizations who appeared in the action to challenge the legality of DWR’s adoption of the bond resolutions, noted Wright.

”Now, the rescinding of the bond resolutions reflects a complete start over of DWR’s Delta water export planning process,” he continued. “Our public interest organizations now have the opportunity to seek sensible water resource planning focused on protection and restoration of the San Francisco Bay-Delta Estuary by increasing instead of reducing freshwater flows through the Delta. DWR can be urged to adopt modern, 21st century water measures such as water efficiency and demand reduction programs including urban and agricultural water conservation, recycling, and storm water recapture and reuse.”

“Governor Gavin Newsom took a giant step to require effective and sensible water resources planning in California by issuance of his Executive Orderon April 29, 2019,” stated Wright. “His Order requires California agencies to inventory and assess water demand and availability, ‘embrace innovation and new technologies,’ and ‘incorporate successful approaches from other parts of the world,’ said Wright. “Our public interest organizations have been advocating such planning for years and now the Governor has turned ideas into action. The rescinding of the bond resolutions is a key step in starting down this sensible path now required by the Governor.”

Then today, the Golden Gate Salmon Association (GGSA) celebrated a victory over the California WaterFix after the Trump administration formally withdrew a permit contested in a court challenge brought by the fishing group.

”Therefore the National Marine Fisheries Service (NMFS) hereby withdraws the biological opinion for the California WaterFix Project and considers it no longer to have any force or effect,” wrote Barry A. Thom, the NMFS Regional Administrator.

The lawsuit filed by fishing and conservation groups in June of 2017 challenged a biological opinion issued by the National Marine Fisheries Service that allowed construction and operation of the massive twin Delta tunnels project despite expert findings the tunnels would devastate fisheries and water quality of the San Francisco Bay-Delta.

In the lawsuit, GGSA v. Ross, GGSA argued the tunnels would significantly harm winter-run Chinook salmon and other threatened and endangered species but the government failed to identify how the tunnels could or should be operated to prevent that harm.

“Decades of increasingly unsustainable water diversions have brought several of the Central Valley’s migratory and resident fish to the brink of extinction; the proposed tunnels project would have increased these diversions,” according to GGSA in a statement.

“Victory! This is a win for salmon! The other side folded and walked away from the table,” said John McManus, president of the Golden Gate Salmon Association.

“This development is another final nail in the coffin of Jerry Brown’s twin tunnels and gives us renewed hope for California’s valued Central Valley salmon runs  We’re grateful to the Natural Resources Defense Council for the legal representation they provided to the salmon fishermen and women represented by the Golden Gate Salmon Association,” McManus concluded.

The National Marine Fisheries Service (NMFS) withdrew the biological opinion at the request of the Federal Bureau of Reclamation and the California Dept. of Water Resources, the two main proponents of the tunnels project.

The Golden Gate Salmon Association (www.goldengatesalmon.org) is a coalition of salmon advocates that includes commercial and recreational salmon fisherman, businesses, restaurants and chefs, a native tribe, environmentalists, elected officials, families and communities that rely on salmon.