Of all the places I get invited to fish, one of my personal favorite fisheries is the Farallon Islands. There’s just something alluring to me about being miles off shore fishing the depths of the ocean in the shadows of a few big rocks. When asked if I was interested in fishing the islands aboard Captain Chris Smith’s new boat, the Pacific Dream, for its first trip, I was all in!
The morning of the trip began like most fishing mornings, up at 2AM, pounded a quick cup of coffee, and slipped out the door. I arrived at the K-Dock in Berkeley Marina at 4 AM and headed to the boat to claim my spot. As I stepped aboard the Pacific Dream for the first time, I was immediately struck by the size of the boat. This thing is BIG! There is a TON of room on deck, around the rail, and on the bow, even with a full load of anglers and gear. 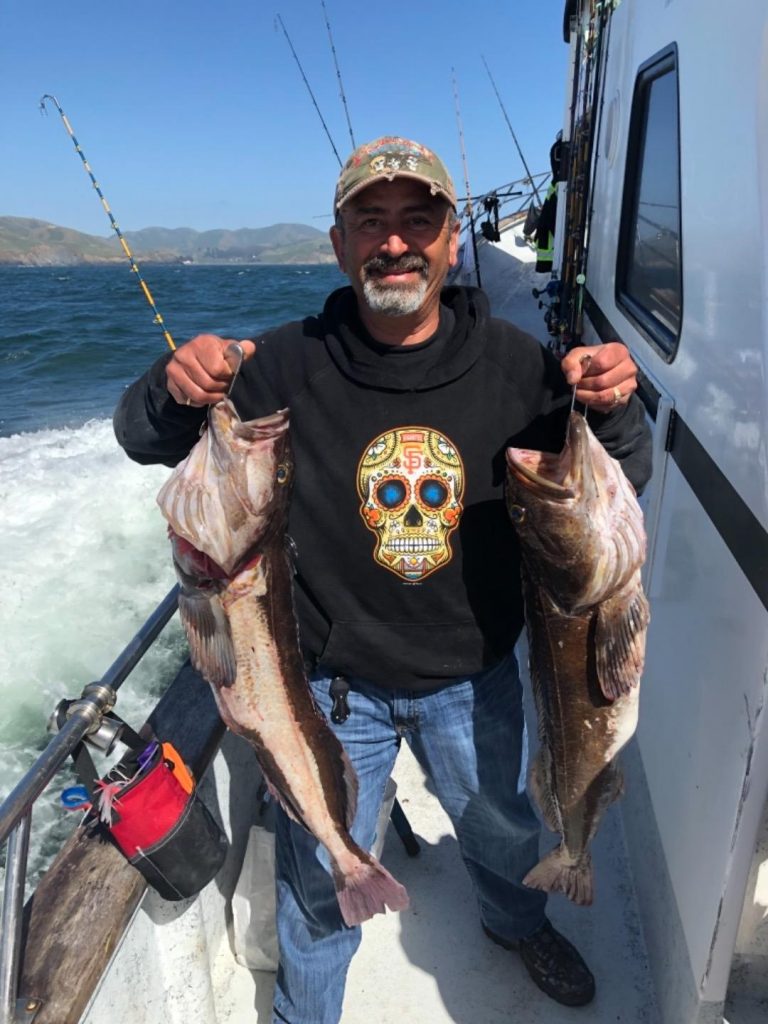 After a quick stop for bait on the way out of the Golden Gate, we set a course for the Islands. Conditions were a little rough as we plowed into swift currents and big waves, but the boat handled it very well. Within two hours, we arrived at the first drift.
It didn’t take long for rods to start bending as anglers hooked into a mixed bag of rockfish. My first drop yielded a feisty ling that was just short of the 22” minimum, so back it went. Within a half hour or so, I had 5 healthy rockfish in the bag.
We bounced around for a bit looking for the next drift. As we moved from waypoint to waypoint in a small area, Captain Smith was walking me thru what he was looking for on the sonar. There was a solid cloud of suspended fish on the finder screen, but he was looking for a specific spread of marks that indicated feeding fish. The water temps were in the low 50’s, so the fish were a little lethargic. It didn’t take more than a couple of circles to setup a long drift over active schools.
The few minutes of searching for the perfect drift paid off. For the next hour, the deck was a constant barrage of rockcod and lings coming over the rail. I finished out my limit of rockcod quickly and turned my focus to big lingcod. Unfortunately, I was not able to get a big one to bite the variety of swimbaits, bars, and heavy jigs I was dragging on the bottom. However, there were several nice sized lingcod wrangled to the surface by others on trap rigs and jigs. 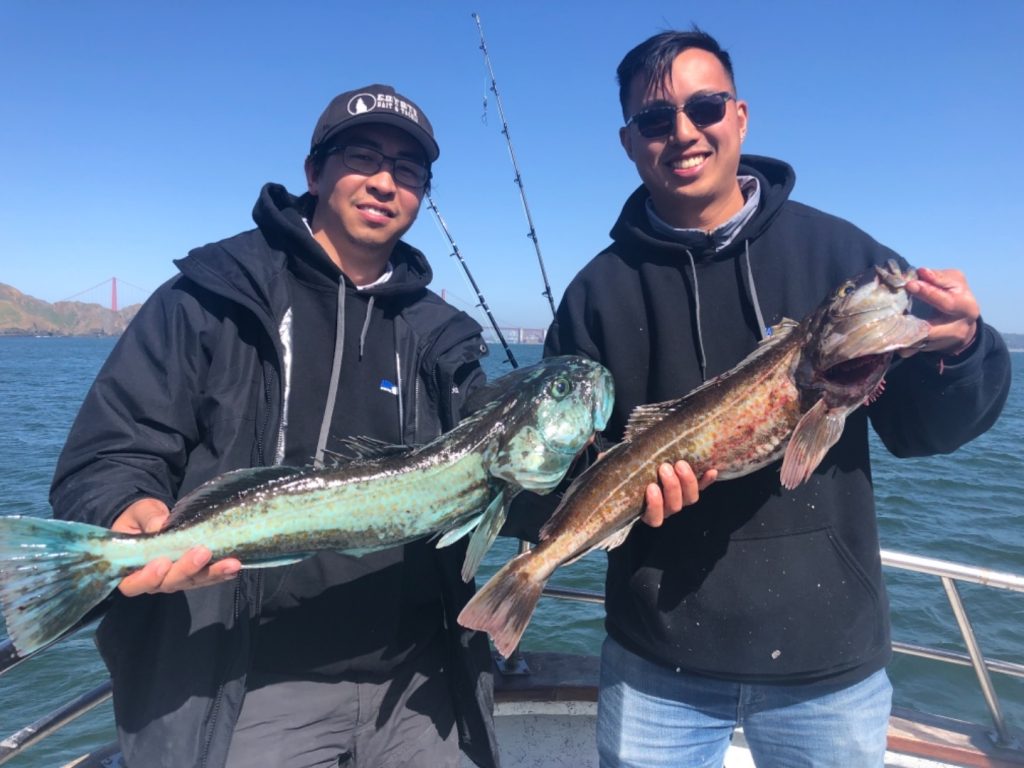 By early afternoon, everyone caught limits of rockcod and a healthy pile of lings sloshed about in the fish box. Several lings were in contention for the big fish Jackpot. The winner was a beautiful 13# lingcod that was caught on a small rock fish on a trap rig. Mackerel baited trap rigs also caught several of the big lings for the day.
As the winds picked up, we pulled lines and headed west towards solid ground. The crew cleaned the bounty as the boat pushed effortlessly thru the slow swells. We were greeted by a number of wales as we rounded Point Bonita. Captain Chris Smith was elated at the epic first trip as he eased the big boat back into its slip in Berkley Marina.
If you are interested in booking a trip with Captain Chris Smith and crew, visit their website at www.happyhookersportfishing.com to book online, or call 510.223.5388.