It wasn’t long after I moved to Auburn, California back in 1995 that I discovered the outstanding trout and bass fishing that exists at Sugar Pine Reservoir on the Foresthill Divide and I’ve been targeting trout and bass at the lake ever since.
My most recent trip to the lake took place last week. I caught over 40 trout to 16 inches during the two days I trolled the lake from my Hobie Pro Angler 14. The trout were in the top 15 feet of the water column and were snapping on Cripplures, Hum Dingers, Flatfish and Wedding Rings. 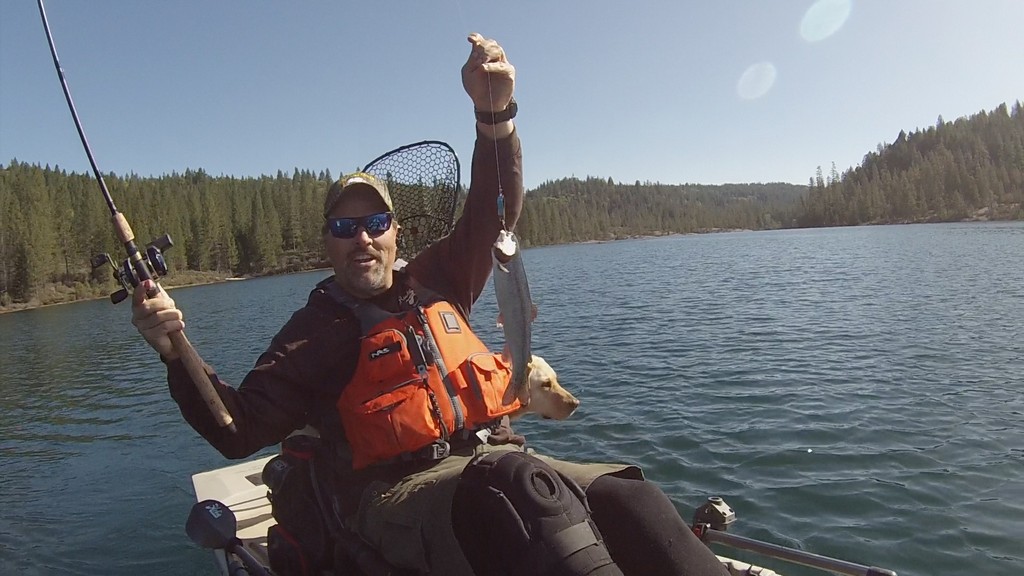 If you haven’t visited Sugar Pine Reservoir it’s a great destination for kayakers and bank anglers. The reservoir lies about 15 miles beyond the town of Foresthill and is sets at an elevation of 3,500 feet. The lake’s primary tributary is Shirttail Creek. Construction of the 205 foot high 689 foot long earth and rock dam began in 1979 and the project was completed in 1982. While the lake is part of the Central Valley Water Project with the purpose of providing water for irrigation, drinking and fire prevention, the facility was opened for public recreation in 1985.
Sugar Pine is relatively small in size, boasting 6,921 acre feet of water and a maximum surface area of 165 acres. A foot and bike trial runs all the way around the lake. A boat ramp is located on the south shoreline. The lake has a 10 mile per hour speed limit, so angler never have to be worried about being hassled by water skiers or recreational watercraft enthusiasts. The lake has a pair of campgrounds to serve the visiting angler. The Shirttail Campground is located at the lake’s northwest end, while the Forbes Creek Campground sets on the eastern shoreline. 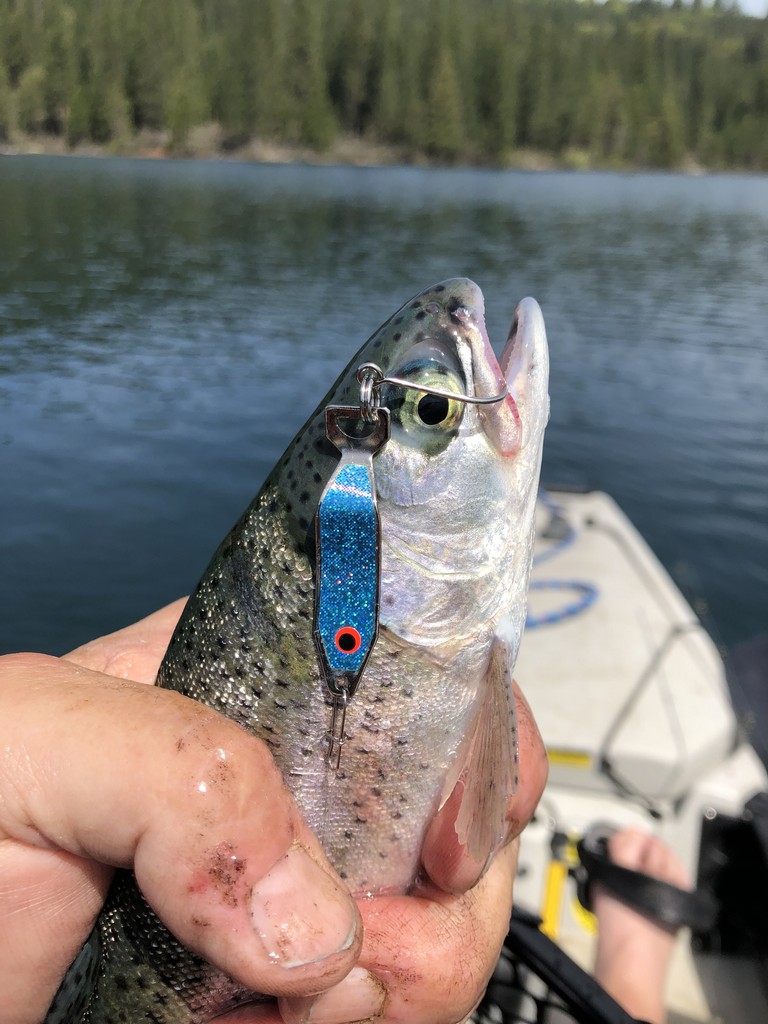 Sugar Pine is a clear water lake with a bottom composed mainly of large and small rocks. The water near the face of the dam is over 100 feet deep and this represents the lake’s deepest area. There are some trees in the water near the dam and stumps are a common feature throughout the lake. While much of the bottom is relatively clean, weed beds do develop is certain areas during the late spring and summer.
In terms of bass, the lake has a strong smallmouth population with fish running up to 3 pounds. There is also a sleeper Florida strain largemouth population that features fish up to and beyond the 10 pound mark. Few people target these big trout eaters seriously.
The lake’s western shoreline drops off quickly and there is not much in the way of points or other structural features, although there is a lot of overhanging vegetation that provides shade. Bass anglers will find the eastern shoreline much more interesting, since it provides a variety of flats, points and drop-offs. The most intriguing area is located about midway down the eastside where Forbes Creek flows into the lake.
The creek channel winds well out into a big bay. The bottom leading away from the creek on the south side is fairly flat and punctuated with stumps, while the bank falling into the creek on the north side is pretty steep and studded with a handful of massive fallen pine trees. At the north end where Shirttail Creek flows in there are a series of big gravel humps and gravel flats that are certainly worth exploring.
On the trout fishing front, Sugar Pine is primarily a put and take fishery that receives aggressive plants from the DFW. Fishing pressure is generally fairly light, so the planters tend to stick around for a while and some holdovers do exist.
My biggest rainbow ever at the lake was 22 inches long and sported a clean square tail. When the water is cool, you’ll encounter trout all around the lake, but as things warm up they tend to hang out in the middle of the lake over the main creek channels.