It is no secret that Cal Kellogg knows how to catch trout. For the last 10 years or so, I have read, watched, and listened to almost every article, lecture, and video he has published on trout fishing. You would think that some of his knowledge would stick, and I would be able to go to a random lake and catch a trout. Today, I put myself to the test.
I loaded up my kayak with an assortment of random trout gear and headed off to Sugar Pine Reservoir for the first time in hopes of catching a limit of trout. 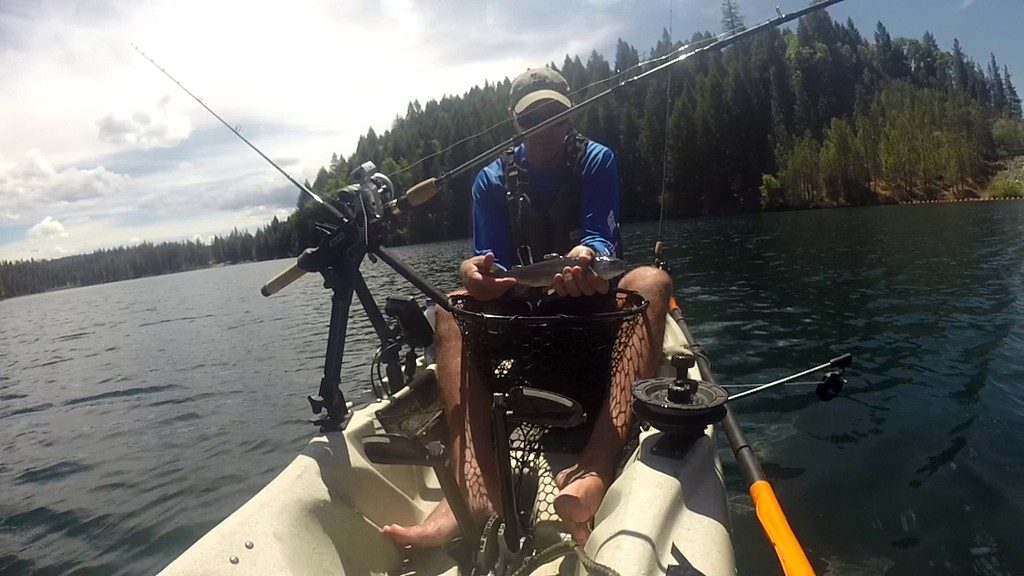 As I pedaled off the launch, around 10AM, the lake was teeming with surface action. There were rainbows breaching the surface on every corner of the lake. If nothing else, I knew there were fish there. I dropped a Mack’s Cripplure 25’ down on the downrigger and pitched a Kastmaster over my shoulder to cover the surface.
Within minutes, the downrigger rod bounced hard, and I was hooked up. So, I hooked a fish, now could I get it in the net? This wasn’t the first rainbow I had ever hooked, and it certainly wasn’t the first fish I have netted, however, my record of getting trout from the water into the kayak is not good.
I kept the line tight and the reel cranking while slowly turning into the fish. When reaching over my shoulder for the net, I pedaled hard to speed up the kayak, careful not to let my lines cross in the water. As the first hook up of the day approached the surface, I swooped the net under it and swung the feisty rainbow onto the deck. Boom! I’m on the board, Wes 1, trout 0!
After a quick reset, I circled around quickly to follow the same line, and dropped the downrigger back to about 30’. I trolled along at a smooth 2 MPH for a while. Long enough to wonder what I was doing wrong and why I hadn’t had another bite. 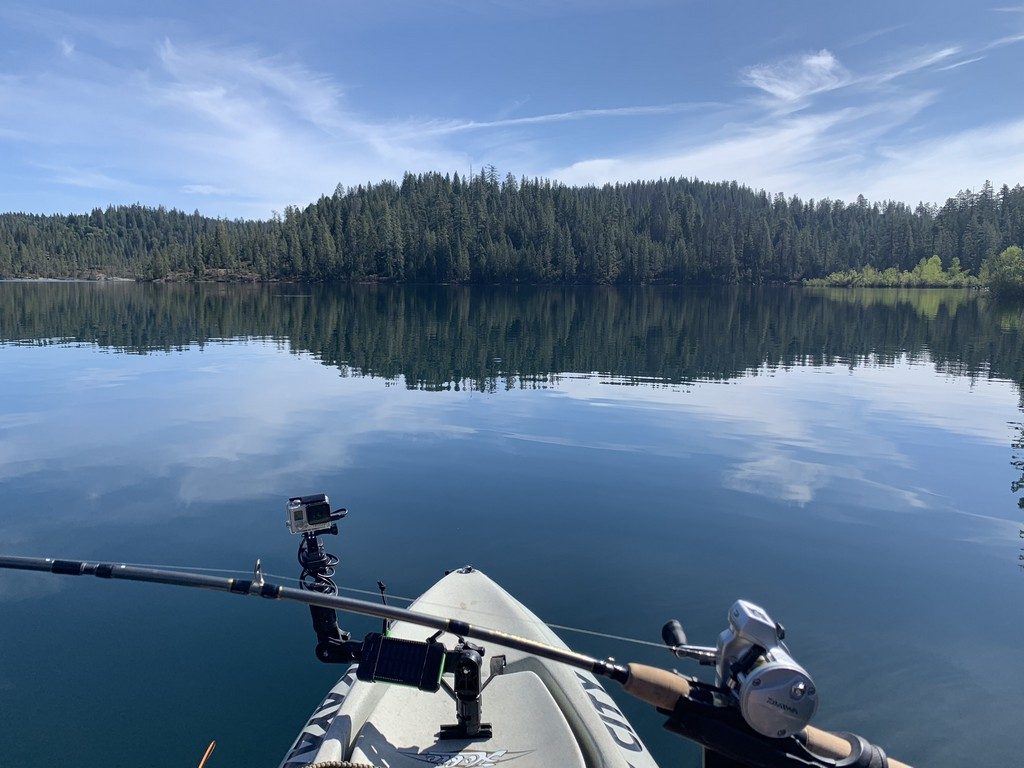 There were marks all over the Lowrance screen, and more surface activity than I had ever seen before. While, thinking I needed to change something, the rod tip twitched, then buried in the water. Fish No. 2 was on!
Not forgetting how well it worked the first time, I repeated my method at the net. Perfect! Two rainbows in the boat, and I was back in the water for the next one.
It wasn’t a wide-open bite by any means, and I had to grind for the rest of the day to fill out my limit. By noon, the fish were 50+ feet down, and scattered about randomly. My fifth trout of the day came at 56’ right in front of the dam as the wind started to blow and the skies began to darken as afternoon showers approached.

Mission Accomplished! I managed to squeeze a limit of trout out of a lake I had never been to before. I know it is not really a big deal to catch a few planted trout out of a tiny lake, but it sure was a great way to spend a Friday! 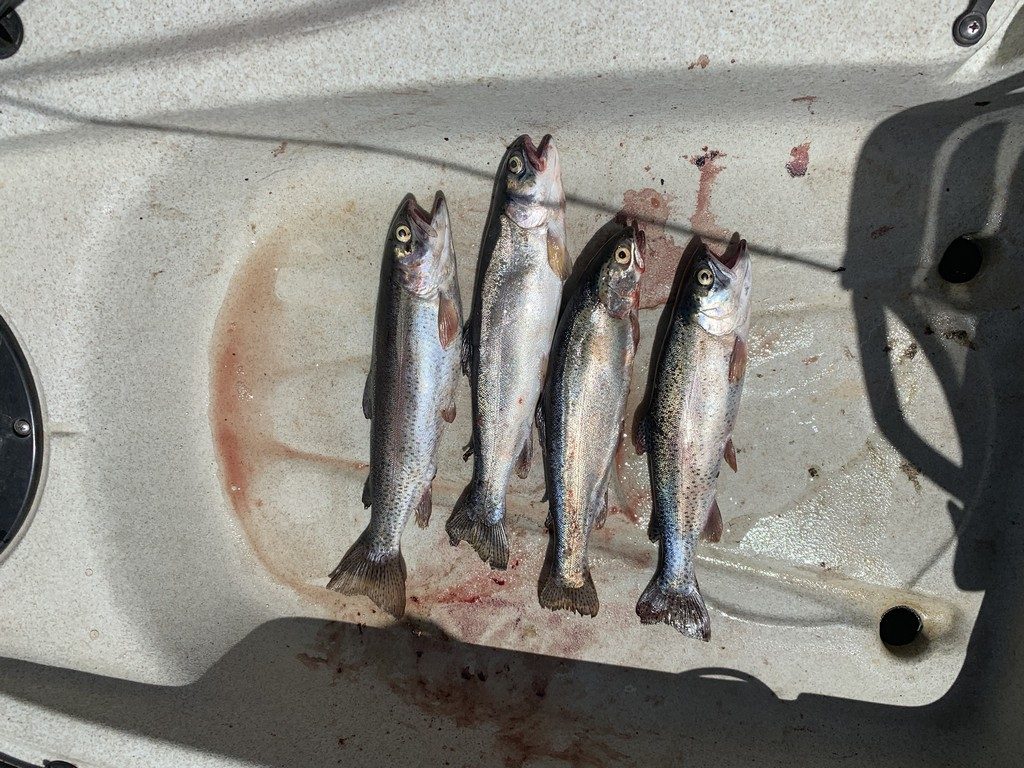