The basics of downrigger trolling for trout and landlocked salmon are pretty simple and straight forward. Set up a rod with a lure, perhaps teamed with a dodger, spool the rig out behind the boat, attach your line to a downrigger clip and lower the rig to the desired depth.
For trout, you’ll want to run your offering from 50 to 200 feet behind the downrigger weight depending on the depth you are fishing. The deeper you fish the shorter your line can be.
When kokanee and kings are the target you can shorten your lines considerably. Generally, for salmon you’ll want your offering working from 10 to 50 feet behind the weight.
Many new trollers don’t realize more than one line can be trolled off a downrigger using a method known as “stacking”, as in stacking multiple lines on a single downrigger cable.
On the other hand, some veteran trollers are aware of the stacking approach, but don’t incorporate it into their repertoire because they view it as complicated and fear tangled lines. With a little practice stacking can be a simple and efficient way to hook more fish. 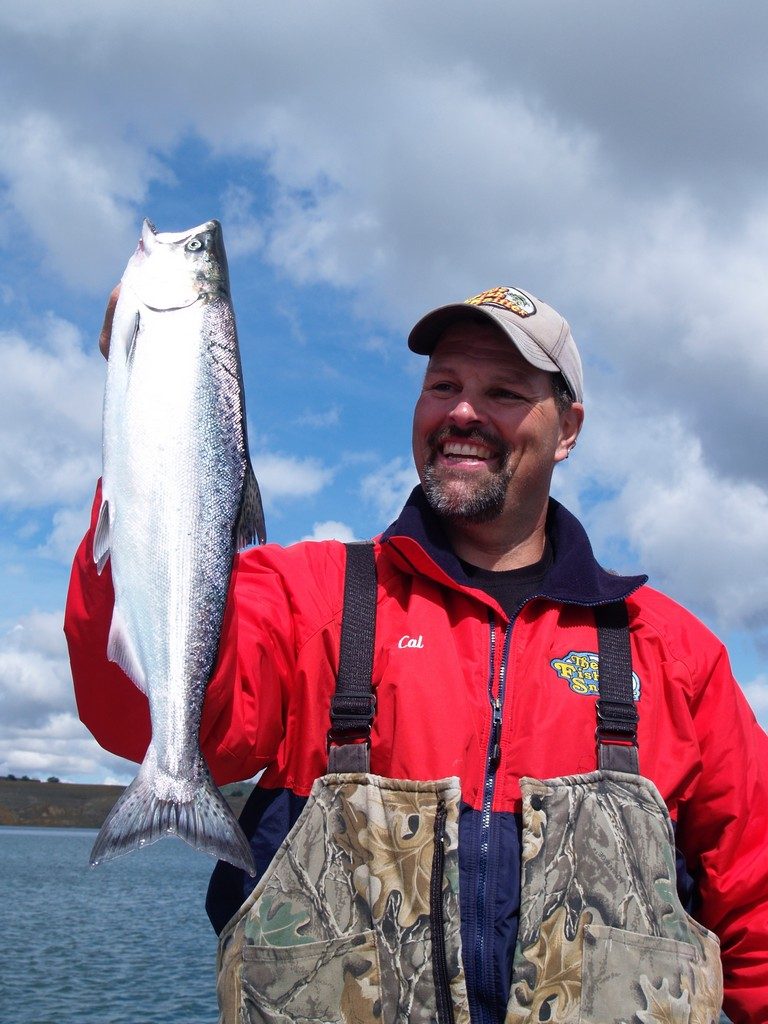 There are a couple different approaches to stacking lines. One way is to use wire clips, known as stackers. These clips are teamed with releases and connected to the downrigger cable at various points as it is lowered into the water. 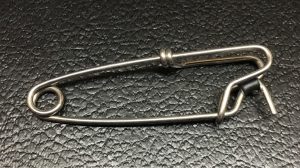 Most anglers fish no more than two fishing lines off a single cable, but if you have multiple people on your boat it is possible to use three or more stackers on each downrigger, trolling a line off each of them. As a general rule the stackers should be placed no closer than 10 feet apart and the lines trolled off them should be no more than 25 feet long. Obviously, stacking is most useful when the fish are holding in deep water. In the extreme you could cover a 60-foot span of the water column by spreading out a total of six lines using two downriggers.
Now while you might think that fishing six lines is sure to result in tangles when a trout or salmon strikes that is usually not the case. You see, when a trout grabs a lure, gets hooked and pulls the line from its release the fish tends to fall straight back initially because of the forward momentum of the boat.
Provided you keep your lines short, a hooked trout will quickly swing out behind and above the other lines. The biggest drawback to using wire stackers is that they must be removed one at a time when you bring the downrigger up and attached one at a time on the way down. This can be a lot of work in situations where you need to raise and lower the downrigger often.
For anglers that won’t be using more than two rods per downrigger there is a nifty device on the market that make stacking a snap. Mack’s Lure offers the Shuttle Hawk. It’s basically a plainer board that runs up and down the downrigger cable.
The Shuttle Hawk works like this. You attach your first fishing line to a clip near the downrigger ball and send it down. You attach a small plastic stop to the cable 10 to 15 feet above the ball. Then you lower the first line 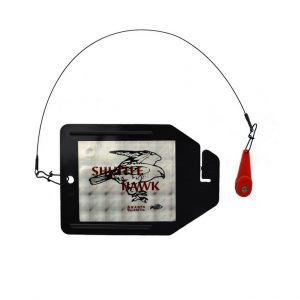 down to the level you want to fish.
Once the first line is down you slip your plastic Shuttle Hawk to the cable, let out your second fishing line and attach it to the clip on the plainer. The fishing line attached to the plainer causes it to tip forward and dig into the current created by the movement of the boat.
At that point, all you need to do is loosen the drag on your rod all the way and the plainer will be forced down to the plastic stop you put on the cable. Once it is all the way down, tighten the reel’s drag and go about your business.
When a trout hits, the lure trailing behind the plainer and pulls the line out of the clip, the rolling weight in the plainer moves to the rear, causing its nose to tilt upward. When it does, it catches the current and is forced back up to the surface. Many times, I use my Shuttle Hawk even when I’m only using one rod per downrigger since it saves me from constantly raising and lowering my downrigger. If you have crank downriggers these devices are real labor savers.
There is another method of probing different depths with only a single rod. I refer to this as using a cheater, it works like this. Let’s say you’re fishing a dodger and spoon 60 feet deep off a downrigger. A cheater or dropper is a 36-inch fluorocarbon leader with a spoon tied at one end and a snap swivel at the other. Once your downrigger has been lowered and the rod is in the holder, simply reach out and snap the spoon tipped leader to the line on the rod and drop it into the water. The pressure of the water pulling against the fishing line causes it to arch out behind the boat.
The cheater leader will slide down the line to the center of the arch. If your primary rig is working at 60 feet the cheater will descend down to about the 30-foot level and stay there.
You can always count on the cheater stopping at the halfway point between the surface and the primary rig. Since the cheater is essentially only working from 6 to 10 feet behind the boat, depending on how large the bow in the main line is this tactic only works well when the primary rig is being pulled in moderately deep to deep water, otherwise the cheater will be too close to the boat for good results.
In general, for me to employ a cheater my primary rig has to be working in 40 feet of water or deeper. It is important to keep a close eye on your rod when using a cheater, since when a fish is hooked, it will almost never cause the line to pop off the downrigger. Instead you’ll see the fight of the trout telegraphed to the rod. At this point you need to grab the rod, pop it out of the downrigger and quickly reel until you feel the weight of the trout. If you don’t move fast the trout will often shake the hook because it is essentially fighting on a slack line. 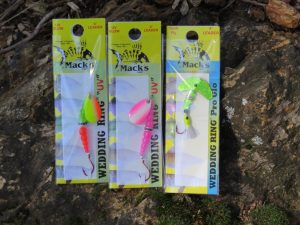 While the cheater will often pick up trout as you troll it will also pick up the occasional bonus fish. Undoubtedly, you’ve been reeling in a trout only to look down in the water and see another fish swimming along with it. In that situation, the second trout hears the struggle of the hooked fish, assumes it is feeding and moves in hoping for an easy meal.
At times when a fish is hooked on the primary rig and the line pulls out of the clip the cheater will slide down the line until it reaches the primary rig’s dodger. If there is a second trout following the hooked fish it will often grab the cheater and you’ll have a double header on your hands.
Typically, you’ll be fighting your fish and suddenly the fight will become sluggish and be replaced by heavy weight as the two-hooked trout fight against both your rod and each other.
Most of the time small low drag spoons like Needlefish and Dick Nites are used on cheater leaders, but there are other options. Apex style lures work well as do Wiggle Hoochies.
If you are really daring you can employ both a lure and dodger on a cheater. I’ve seen it done and I’ve seen it catch fish, but all in all it seems like a lot of work. In reality if it takes a full blown dodger and lure combination to draw strikes you’ll be best served shelving the cheater concept and just working your main line at the depth indicated.