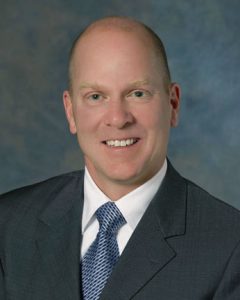 He reappointed these three officials in spite of growing opposition to their reappointment by fishermen, conservationists and environmental justice advocates. He reappointed Nemeth as Department of Water Resources (DWR) Director, Messer as DWR Chief Deputy Director and Bonham as California Department of Fish and Wildlife (CDFW) Director.

The Governor’s Office stated, “Governor Gavin Newsom today announced several appointments, including the reappointment of several of the state’s top water policy officials at the California Department of Water Resources and the California Department of Fish and Wildlife, which are critical to build the Administration’s water resilience portfolio in the coming months, as directed by the Governor’s executive order, and to advance Voluntary Agreements regarding water management for the Sacramento and San Joaquin river systems.”

Fishermen, Tribal leaders, conservationists and environmental justice advocates must wake up and see what Newsom is really doing. I have been the voice in the wilderness on Newsom’s questionable appointments and actions to date – and other people must pull the blinders off their eyes and acknowledge that Newsom is just a slicker version of Governor Jerry Brown.

Under Newson, Nemeth, Messer and Bonham, the environmentally destructive Delta Tunnel is still on the table as part of Newsom’s “water portfolio.” It is only the twin tunnels that the Governor has abandoned.

Newsom is promoting the “voluntary agreements” on the San Joaquin River that will result in much less water than the increased flows that would be provided for salmon, steelhead and other fish by the State Water Resources Control Board’s decision in December 2018.

And the Delta smelt continues to move closer and closer to extinction, with zero smelt reported in the CDFW’s fall 2018 midwater trawl survey, This is the first time this has ever happened in the history of the survey, not a good sign for the future of the smelt, an indicator species that is only found in the Sacramento-San Joaquin River

The reappointment of Nemeth, Messer and Bonham takes place in an administration that has gone to great lengths to appease corporate agribusiness interests in the San Joaquin Valley. On February 12, California Governor Gavin Newson announced the appointment of William Lyons, 68, of Modesto, to serve in a new position — the Agriculture Liaison in the Office of the Governor.

Lyons, a San Joaquin Valley grower who has opposed increased San Joaquin River flows, has been chief executive officer of Lyons Investments Management, LLC since 1976. He previously served as Secretary of the California Department of Food and Agriculture from 1999 to 2004.

It is no surprise that Big Ag was a major contributor to Newsom’s 2018 campaign. Newsom received a total of $637,398 in campaign contributions from agribusiness, including a total of $116,800 from Beverly Hills agribusiness tycoons Stewart and Lynda Resnick, the largest orchard fruit growers in the world and owners of The Wonderful Company.

Could those contributions have influenced Newsom’s decisions to not reappoint Felicia Marcus as Chair of the State Water Resources Control Board, to appoint Mike Lyons as the new “Agricultural Liaison” to the Governor’s Office, to reappoint the agribusiness-controlled Nemeth, Messer and Bonham, to go ahead with a one Delta Tunnel plan and to back the voluntary agreements promoted by Lyons and other agribusiness leaders? For more information, go to: https://www.counterpunch.org/2019/03/08/governor-appoints-san-joaquin-valley-grower-william-lyons-to-new-agriculture-liaison-position/

With the latest appointments, it’s clear that nothing has really changed under Newsom. As The Who said so well, “Meet the New Boss, Same as the Old Boss.” I evaluate politicians on their actual policies and actions – and the corporate money behind them – not the pretty words that they tell the media and the gullible public.

If people want Newsom to do the right thing, they need to stop playing nice and start confronting and challenging him, like the courageous María Xiomára Dorsey of Idle No More SF bay did last weekend in questioning his support of environmentally unjust carbon trading policies while Newsom was walking to and from a conference in San Francisco. We need more people like Maria to show courage – and far less NGO representatives collaborating with the Governor and his staff so they can get a “seat at the table.”

You can get a “seat at the table” and still be on the menu in the corrupt world of California politics.

Here are the bios of Nemeth, Messer and Bonham:

Nemeth was a legislative assistant at AESOP Enterprise from 2001 to 2003 and legislative assistant and program manager for Kings County from 1998 to 2000. Nemeth earned a Master of Public Administration degree from the University of Washington. Nemeth was confirmed by the California State Senate as director of the Department of Water Resources in 2018 and the compensation is $202,384. Nemeth is a Democrat.

Charlton “Chuck” Bonham, 51, of Berkeley, has been reappointed director of the California Department of Fish and Wildlife, where he has served since 2011. Bonham was the California director and senior attorney for Trout Unlimited from 2000 to 2010, governing board member of the Sacramento-San Joaquin Delta Conservancy from 2010 to 2011 and an instructor at the Nantahala Outdoor Center from 1994 to 1997.

He served as small business development agent in Senegal for the U.S. Peace Corps from 1991 to 1993. Bonham earned a Juris Doctor degree from the Northwestern School of Law of Lewis and Clark College. Bonham was confirmed by the California State Senate as director of the Department of Fish and Wildlife in 2012 and the compensation is $189,090. Bonham is registered without party preference.

Termini earned a Master of Arts degree in international environmental policy from the Middlebury Institute of International Studies. This position does not require Senate confirmation and the compensation is $151,608. Termini is a Democrat.