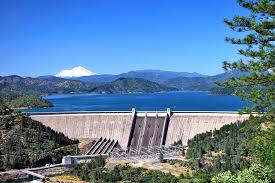 The injunction enjoins Westlands from “taking any action that constitutes planning for or construction of” the Shasta Dam raise.

The injunction also enjoins “the CEQA process initiated by Westlands’ issuance of an Initial Study/Notice of Preparation in November 2018, pending trial of this matter.”

“The court has stopped Westlands Water District from moving forward with a project that would hurt the people and environment in our state,” said California Attorney General Xavier Becerra in a statement. “Maybe others believe they’re above the law and can get away with it. But, in California, we’re prepared to prove otherwise.”

Attorney General Becerra filed the lawsuit on May 13, 2019 to block Westlands from taking an unlawful action to assist in the planning and construction of a project to raise the height of the Shasta Dam, a project that is strongly opposed by the Winnemem Wintu Tribe, fishing groups and environmental organizations.

Becerra said the project poses “significant adverse effects on the free-flowing condition of the McCloud River and on its wild trout fishery, both of which have special statutory protections under the California Wild and Scenic Rivers Act.” The Act prohibits any agency of the State of California, such as Westlands, from assisting or cooperating with actions to raise the Shasta Dam.

In addition to the lawsuit filed by Attorney General Becerra, a coalition of fishing and environmental groups represented by Earthjustice has filed a separate suit. The coalition includes Friends of the River, Pacific Coast Federation of Fishermen’s Associations, Institute for Fisheries Resources, Natural Resources Defense Council, Defenders of Wildlife, Sierra Club, and Golden Gate Salmon Association.

The Pacific Coast Federation of Fishermen’s Associations (PCFFA) reported that the injunction was a “huge win for salmon in California today as the Westlands Water District is ordered to stop aiding and abetting the illegal, fishing job killing Shasta dam raise project pending trial next year.”

“The project would have inundated a California Wild and Scenic River, but most importantly for fishermen, would have resulted in a 100% contained Sacramento River, its flows trapped behind concrete and managed by policy (not nature) forever. We will beat Westlands, and we will kill this project,” the group vowed.

The dam raise would inundate many of the remaining sacred sites of the Winnemem Wintu Tribe that weren’t inundated by the completion of Shasta Dam in the 1940s.

The Winnemem Wintu Tribe, who have led the fight against the Shasta Dam raise for many years, commented in a Facebook post after the Attorney General filed the lawsuit: “Finally, a California state agency is pushing back against Westlands’ dam raise scam. Hopefully, the extent of this corrupt scene will be revealed and rejected.”

Caleen Sisk, Chief and Spiritual Leader of the Tribe, commented after the court decision, “However, this does not STOP the work to raise Shasta Dam! The Governor’s Department of Water Resources was absent at the BOR comment meetings in Sacramento and Chico this week. Will the Governor now sue the BOR or just wait until the April trial against Westlands?”

“The BOR is approving the ROD in January on the new hand picked Trump scientists’ Biological Opinion that will not require the restoration of Salmon to include access to rivers above the rim dams. While it looks like a WIN, it will not STOP the Shasta DAM raise! What is the real game here?” Sisk asked.

The Golden Gate Salmon Association also applauded the court ruling. “GGSA and allies, and the State of CA joined forces in court to stop the Westlands Water District from illegally acting to seize more water from the Sacramento Valley,” said John McManus, GGSA president. “Yesterday a court ruled in our favor. Big thanks to state AG Xavier Becerra and his team for great work to help salmon.”

In an email to Courthouse News, Reclamation spokesperson Jeffrey Hawk said, “We have not reviewed the ruling, however such a ruling would not prevent Reclamation from moving forward with the Shasta Dam and Reservoir Enlargement Project.”

I requested a response to the ruling from the Westlands Water District, but they declined to comment.

A copy of the OAG’s press release and the ruling can be found here: https://oag.ca.gov/news/press-releases/attorney-general-becerra-secures-ruling-shasta-county-halting-westlands-water