Duckworth welded aluminum boats have long been one of the best built fishing platforms available. Built to the highest construction and performance standards, Duckworth has a legendary reputation for quality.
When Cal received the call from NorCal Guide and Fish Sniffer Friend Kevin Brock with an opportunity to secure a Sponsored Duckworth boat, Cal didn’t have to think twice to put the deal together. It didn’t take long to schedule a meeting with the folks at Gone Fishin’ Marine to work out the design and details for an incredible fishing platform built to Cal’s specifications.
A couple months later, the most gorgeous and capable aluminum boat in California arrived, eager and ready to fish anywhere from the Bay to the Sierras. Rigged to the hilt by Gone Fishin’ Marine, the 2020 Duckworth 18 Advantage Sport has all the bells and whistles. This boat is AWESOME! 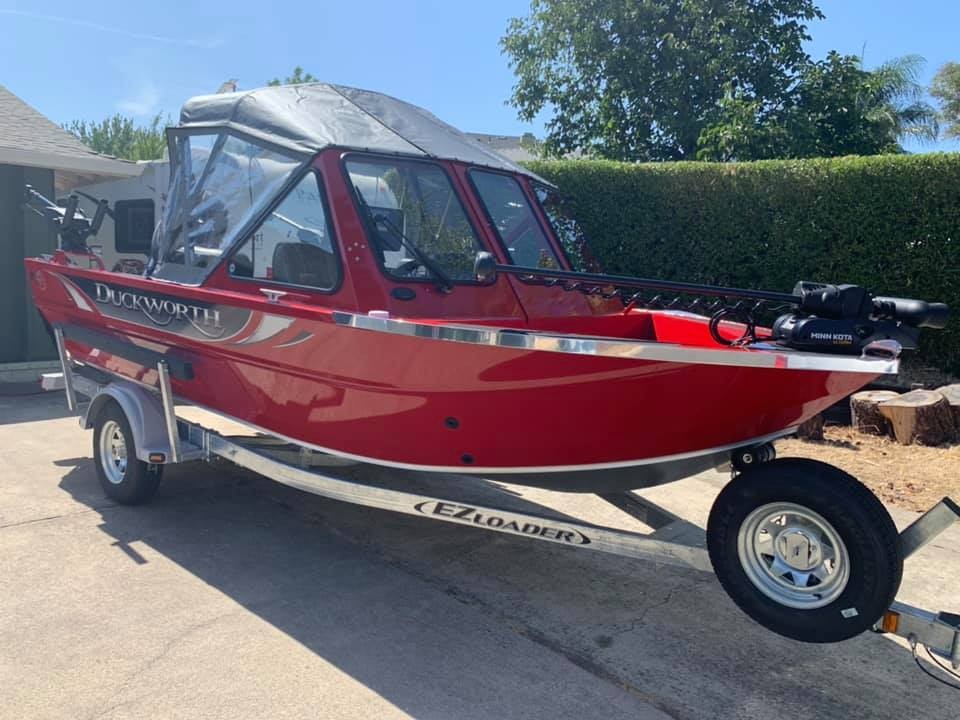 Built on the long-proven Advantage platform, the New Sport model is a lighter, nimbler version of its big brother without compromising stability or performance. At 18’3” long and 86” wide, the Advantage Sport is a well-designed, fishing playground with plenty of room for a full crew and gear. The hull has 12 degrees of deadrise at the stern that steps to 24 degrees forward allowing the boat to remain extremely stable even when cutting thru the worst conditions on the water.
Powered by a Yamaha 90HP outboard, there’s plenty of power to steam across any body of water. The motor barely whispers at low RPMs without a hint of vibration. Fuel economy is superb, even by modern 4-Stroke standards. The brilliant red machine is outfitted with a pair of Cannon Digi-Troll 10 downriggers while a Minn Kota Ultrex 80# electric trolling motor rests on the bow. The Ultrex features a self-deploy mechanism allowing the motor to be raised or lowered at the touch of a button as well as Minn Kota’s i-Pilot GPS system. A touch screen remote controls the motor from anywhere aboard the boat. A large Humminbird Helix 9 sonar unit is mounted above the helm. The Helix 9 provides GPS Navigation and sonar functionality in a single, user-friendly unit. Gone Fishin’ Marine even managed to squeeze in a Bluetooth stereo receiver and four marine speakers for those long days on the Delta, lakes, and rivers. 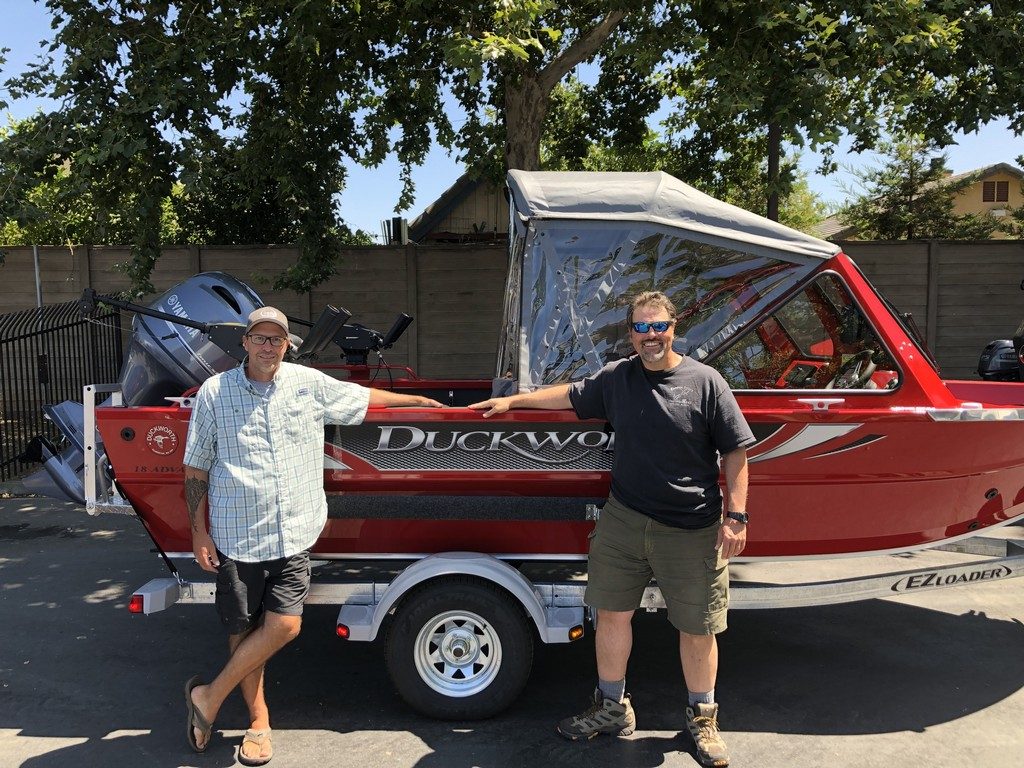 Did I mention how AWESOME this boat is?
Cal and I have big plans for the Duckworth to put it thru its paces all over Fish Sniffer Country in the coming months. The platform will allow us to fish pretty much anywhere for almost any species in the best and worst of conditions. We have already broken in the Yamaha and tested all of the rigging and electronics. With the shakedown completed, we are ready to put some serious fish on the deck.
Watch for upcoming features on all of the Duckworth’s adventures, and stop us to say “hello,” if you see us on the water.