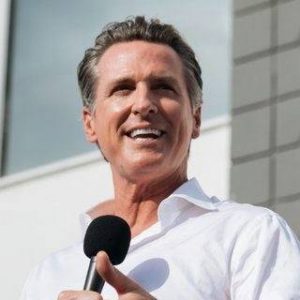 The purpose of SB 1 is “ensuring that protections afforded to Californians under federal environmental and labor laws and regulations as of January 2017, remain in place in the event that President Trump weakens or repeals any of those federal laws or regulations. “

In Newsom’s veto message, he said he disagrees with SB 1 proponents “about the efficacy and necessity of Senate Bill 1.”

However, bill proponents responded that the legislation was necessary to protect salmon and the communities that depend on these iconic fish for their livelihood.

“The governor lost a unique opportunity to defend California’s environment and families and communities that depend on salmon to make a living,” said John McManus, President of the Golden Gate Salmon Association. “All Californians who care about California salmon, the environment and our native wildlife have very heavy hearts with this announcement.”

Senator Toni Atkins, the author of SB 1, responded to the veto in a tweet:

“Disappointed #SB1 vetoed because it would protect our environment and working Californians. The federal gov’t continues to roll back regulations while #climatechangeimpacts roll on. I will keep working with my colleagues and the Governor to push back wherever possible.”

Regina Chichizola of Save California Salmon said her organization was “very disappointed in the governor’s lack of a backbone when it comes to fighting the Trump administrations’s environmental rollback.”

“He has once again favored corporate agriculture interests over Californians that rely on healthy fisheries, clean drinking water and labor protections,” said Chichizola. “It is particularly disappointing he vetoed this bill on California Native American Day just days after being asked by Tribes to sign SB1. We urge the governor to change course when it comes to water.

“The fact is it was predicted that the Central Valley’s water will be too polluted to be usable and half of California’s fish species will be gone within 50 years without action. This was before the Trump environmental rollbacks. We do not have time to wait for Voluntary Water Agreements that are controlled by corporate interests,” she concluded.

Mary Creasman, CEO of the California League of Conservation Voters (CLCV), issued a statement responding to the Governor’s veto of SB 1 that accused Newsom of “siding with Trump and corporations over California’s families and wildlife” and noting that the Governor is “sending a clear message that California’s values are up for grabs.” The full statement is below:

“Governor Newsom failed California families today. His veto on SB 1 shows that we are still lacking the leadership and political will to meet this moment, when California is supposed to be leading the fight against climate change.

This veto is about the poorest signal he could send just one week after the largest climate demonstration in history, in which thousands of young Californians rose up to voice their uncompromising and urgent call to action. They couldn’t have been more clear in their demands — many of these young people and their families are struggling to breathe, or don’t have access to safe water. They need their Governor to continue California’s leadership and protect their communities from federal attacks, not engage in false decisions between the economy and the environment that put us all at risk.

By siding with Trump and corporations over California’s families and wildlife, Governor Newsom is sending a clear message that California’s values are up for grabs. With limited time left to transition our economy and infrastructure in order to avoid a catastrophic climate crisis, rollbacks to these standards are simply unacceptable. Californians expect and demand more than soapboxing on climate change — we need action, and for our Governor to know he has a responsibility to lead the way on this charge.”

Barbara Barrigan-Parrilla, executive director of Restore the Delta, said she was “deeply disappointed” by Newsom’s veto.

“On behalf of our members throughout the state, we are deeply disappointed that Governor Newsom vetoed SB1, and we are now skeptical that the voluntary settlement agreements will be better for the Delta than the Bay-Delta Water Quality Plan. How could we ever trust protective operations of a Delta tunnel.”

“I am returning Senate Bill 1 without my signature.

The bill would enact the California Environmental, Public Health, and Worker Defense Act of 2019 with the intent of ensuring that the protections afforded under federal environmental and labor laws and regulations as of January 2017, could remain in place in the event of federal regulatory changes.

California is a leader in the fight for resource, environmental and worker protections. Since 2017, the federal government has repeatedly tried to override and invalidate these protections, and each time the state has aggressively countered – taking immediate legal action and deploying every tool at the state’s disposal to safeguard our natural resources, environmental protections and workers. No other state has fought harder to defeat Trump’s environmental policies, and that will continue to be the case.

While I disagree about the efficacy and necessity of Senate Bill 1, I look forward to working with the Legislature in our shared fight against the weakening of California’s environmental and worker protections.”

It is no surprise that Newsom vetoed the bill, since the total contributions from agriculture in his 2018 campaign for Governor were $637,398. Newsom received $116,800 from Beverly Hills agribusiness tycoons Stewart and Lynda Resnick, the owners of the Wonderful Company, and $58,400 from E.J. Gallo.

Agribusiness tycoons are among the most strident supporters of the voluntary agreements and the Delta Tunnel — and are among the strongest proponents of attacks on the Endangered Species Act, a landmark federal environmental law that SB 1 would have protected.

In a op-ed in the Sacramento Bee on September 20, Caleen Sisk, Chief of the Winnemem Wintu Tribe, strongly urged Governor Gavin Newsom to sign Senate Bill 1, legislation that would provide new tools to resist the rollback on the Endangered Species Act protections for salmon and Bay-Delta fish populations that the Trump Administration is planning: http://www.sacbee.com/…

On September 18, Chief Sisk presented a letter to the office of California Governor Gavin Newsom, urging Newsom to sign—and not veto—SB 1.

“Vetoing this bill will in essence greenlight President Trump’s plan to divert even more water from our struggling rivers for industrial agriculture,” wrote Sisk. “Many well-respected fish biologists and environmentalists have concluded Trump’s attempt to ignore the best science and rewrite the rules for operating the Central Valley Project and State Water Project will essentially be an ‘extinction plan’ for Chinook salmon and other threatened fish.”

For more information on SB 1, go to: www.counterpunch.org/…