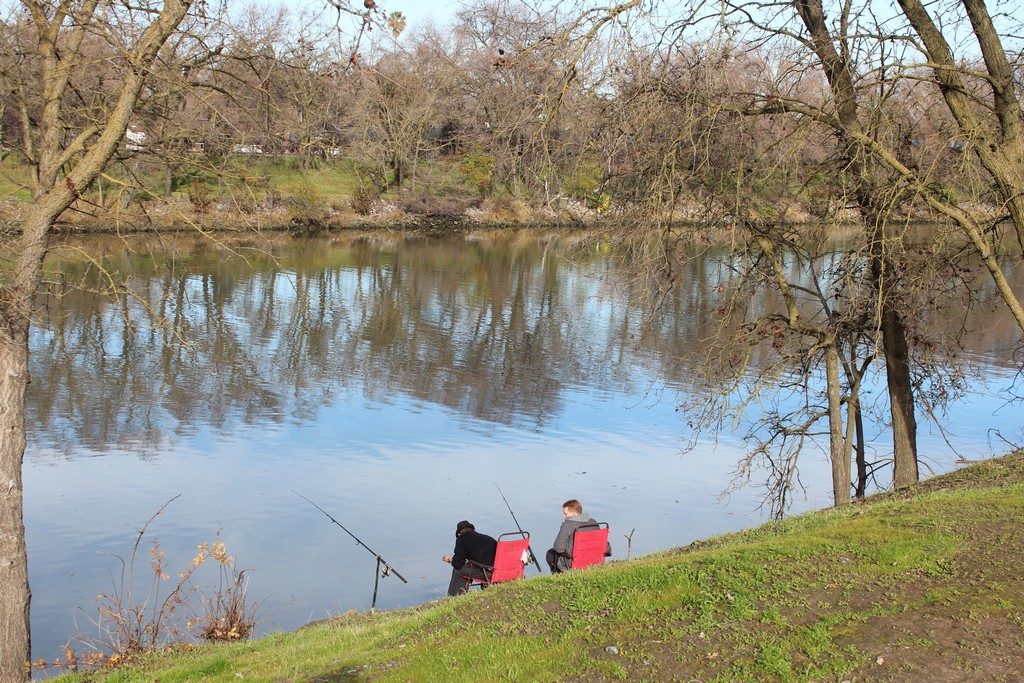 The Gavin Newsom Administration on November 21 announced two separate but related actions that will have a big impact on protections for Delta smelt, Sacramento River winter-run Chinook salmon and other endangered fish species.

Second, the Newsom Administration announced that it intends to sue the federal government over the Trump Administration’s recent biological opinion that would increase water flows from federal water projects to corporate agribusiness interests in the San Joaquin Valley and away from the San Francisco Bay-Delta, imperiling endangered fish like the Delta smelt.

Instead, DWR said it will seek approval from the California Department of Fish and Wildlife (CDFW) to operate the SWP in a way that supposedly “improves” protections for fish and complies with the California Endangered Species Act (CESA).

“This draft points to a more sophisticated and nimble way to manage the State Water Project to improve our ability to protect species and operate more flexibly. This is essential in order to capture water when it’s available and leave more water when and where fish need it,” said DWR Director Karla A. Nemeth.

The state also announced that it intends to file litigation against federal agencies to “ensure adequate protection of endangered species, shared responsibility of state and federal water project operations to protect those species and to protect the state’s interests.”

“When California has the opportunity to tackle a longstanding challenge with innovative, collaborative solutions, we take it,” said Governor Gavin Newsom. “We are once again marshaling our collective resources — and building on our record of strong, science-based environmental policies — to chart a new path forward for water policy in California. As stewards of this state’s remarkable natural resources, we must do everything in our power to protect them.”

Brenda Burman, Commissioner of the Bureau of Reclamation, said the announcement by the State of California to sue the Trump administration over the biological opinion is “disappointing.”

”From the beginning, we’ve been focused on cooperative solutions with the State of California to bring reliable water supplies to farms, families, communities and the environment,” said Burman in a statement. “Today’s announcement by Governor Newsom is disappointing in his preference to have judges dictate these important projects instead of the career professionals at the federal and state levels who have developed a plan based on the best science and significant input from the public. If that’s their choice, we’ll see them in court.”

Fishing and environmental groups applauded the lawsuit, but are currently reviewing the documents of the EIR. They said they have concerns about how the Delta pumps are to be operated and how managers will monitor and know when excessive pumping is damaging salmon and other fish species. They are also very concerned that DWR’s plan will actually increase exports rather than reduce them, as is required to increase salmon and other imperiled fish populations.

John McManus, President of the Golden State Salmon Association, said, “We’re heartened to see the state announce its challenge to the Trump/Bernhardt/Westlands salmon extinction plan. The grab-all-you-can Trump/Bernhardt/Westlands approach to seizing northern California’s waters is so egregious that the state really had no choice but to challenge it.”

“The federal government has already admitted that their planned raid on northern California water would rob the delta of an additional 600,000 acre feet of desperately needed water.  The State Water Board’s highly detailed and up to date scientific studies have made clear the Delta needs more, not less water, to support the salmon runs and other wildlife we’ve sent into a tailspin.  Against this backdrop, the state had no credible option but to challenge Bernhardt’s raid on northern water,” he stated.

However, McManus noted that some of the biggest of the State Water Project contractors have said they hoped the state would follow the lead of the Trump/Bernhardt/Westlands team and relax environmental protections for them also. He said further study of the state’s new proposal for operation of the State Water Project “will demonstrate to what degree they may get what they want.”

“We look forward to further studying the state’s new State Water Project proposal, but at first glance we have concerns about how the Delta pumps are to be operated and how managers will monitor and know when excessive pumping is damaging salmon runs,” concluded McManus.

Barbara Barrigan-Parrilla, executive director of Restore the Delta, said she is “happy to hear” that the California Natural Resources Agency has determined that operating rules for the Federal water project are not scientifically adequate and that the state will be pursuing litigation against the Trump administration.

“We thank Governor Newsom, Secretary Crowfoot and Secretary Blumenfield for taking our concerns seriously. As always we will read newly released documents by the state for the State Water project with a critical eye on behalf of the estuary and Delta communities. We will see if they meet protective standards. We will then turn our critical eye towards future evaluation of the voluntary agreements as well. We will share our future findings,” she said.

However, in a tweet after issuing the press release, Barrigan-Parrilla noted, “If Delta exports are increasing with the State’s pumping operation plan, which they are (see page pdf page 665–66) how does this match the Delta Reform Act’s requirement of reduced Delta reliance on water exports? “

Regina Chichizola, co-director of Save California Salmon, pointed out this is the first time California has decided to do a separate environmental analysis than the federal government on state and federal water operations in the Central Valley.

“It is time for California has to get serious about protecting our water,” said Chichizola. “We applaud the fact that the Governor plans to sue the Trump administration on the doctored Biological Opinion for operations of the Central Valley federal and state water projects, but we also need him to understand that California’s salmon and drinking water in a state of crisis and to direct state agencies to take appropriate action.”

While she noted that she hasn’t read the entire DEIR yet, she said she has “serious concerns” that the operations are enough to save California’s salmon or protect water quality, and the plan could be overshadowed by the non-protective voluntary agreements that Newsom has held up as an “alternative” to enforcing state law and state plans to restore salmon.

On November 18, Save California Salmon’s Morning Star Gali, a member of the Pit River Tribe, asked the governor in a Guest Opinion in the Sacramento Bee to honor California’s native people by restoring salmon and ending efforts to hold up critical salmon restoration:

“Last month, Gov. Gavin Newsom issued a proclamation declaring October 14, 2019 “Indigenous Peoples’ Day” in California. In this proclamation, he acknowledged that native people were stewards of the land before the conquest of California.

I thank the governor for the proclamation. However, last month — on California Native American Day — the governor also vetoed legislation, Senate Bill 1, that could have helped the state protect our salmon from Trump’s environmental rollbacks. This is unacceptable.

We need more than lip service from the governor. We need action.”

It is no surprise that Governor Newsom received a total of $755,198 from agribusiness in 2018, based on the latest data from www.followthemoney.org. That figure includes $579,998 in the agriculture donations category, combined with another $116,800 from Beverly Hills agribusiness tycoons Stewart and Lynda Resnick, owners of the Wonderful Company and the largest orchard fruit growers in the world, and $58,400 from E.J. Gallo.

By vetoing SB 1, supporting the voluntary water agreements (that he reaffirmed today in a press release) backing the Delta Tunnel, hiring grower William Lyons as a special “agriculture liaison” to the Governor’s Office and then overseeing the issuing of a new draft EIR that increases water exports for the state and federal projects rather than reducing them, Newsom is apparently bending to the will of his agribusiness donors.