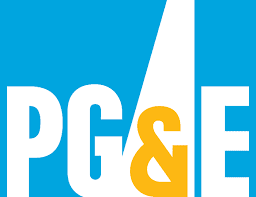 The PG&E shutoffs of power to over 2 million people in recent weeks, including those of Fish Sniffer staff, readers and advertisers, have made our lives very difficult in northern and central California. People’s work, personal and fishing schedules have been greatly disrupted by the power blackouts, as well as by the fires still raging throughout the state.

So, you will be interested know that bankruptcy proceedings for the Pacific Gas and Electric Company continued as the utility sought rate increases as PG&E increased its spending on lobbying in the third quarter of 2019.

The $2,198,221.76 was effectively spent, since in July the California Legislature passed AB 1054, described by Food & Water Watch as a “far reaching bailout for investor owned utilities.” Governor Gavin Newsom, in spite of many environmental and public interest groups urging him not to do so, signed the bill.

The utility spent the money on both “general lobbying” and PUC lobbying in both the first and second quarters, as it did in the third quarter.

All of this money that PG&E spent on lobbying for AB 1054 and other legislation impacting PG&E, along with massive campaign contributions to legislators and $208,000 to Governor Newsom’s campaign, helped to ensure that the controversial legislation passed and that Newsom signed it.

“PG&E donated millions to California politicians after it was convicted in 2016 of 6 federal felonies connected to the 2010 San Bruno pipeline explosion that killed 8 people,” reported ABC10 as part of the ABC10 Originals project FIRE – POWER – MONEY, a documentary series that breaks down California’s wildfire crisis into its core elements.

“Newsom, a Democrat, received more than $200,000 from the federal offender. The Republican and Democratic parties of California each took more than $500,000,” ABC10 said.

It is not against the law for a convicted felon to donate campaign money, nor is it for the politician to accept it.

Ninety-eight legislators, the majority of sitting State Senators and Assemblymembers, received more than $548,005 from PG&E in the last election cycle, according to ABC10.

“While a California victims’ compensation fund is needed as our climate-change-fueled wildfire season becomes longer, deadlier and more destructive, this rush to ram through AB1054 benefits utilities like PG&E, not ratepayers. Capping utility shareholder liability while expecting ratepayers to write a blank check for future wildfires is not a wildfire policy California needs.”

After taking over $208 million from PG&E for his 2018 campaign, Newsom held a press conference on October 29. Speaking “tough” words, Governor Newsom said, “PG&E simply cannot take ‘10 years’ to ‘get their act together.’

“Their years and years of greed and mismanagement are OVER. These mass power shutoffs are UNACCEPTABLE,” said Newsom.

On November 1, Governor Newsom announced that he would convene PG&E executives, shareholders, fire victims and bondholders in Sacramento at press time to work out a “solution” to the investor-owned utility’s crisis. He threatened state intervention if a deal is not reached quickly. Many Californians are now calling for a public takeover of PG&E.

“Governor Newsom is right to be exploring a public takeover of PG &E, but given the utility’s track record, public power should be plan A, not a backup option,” said Nagy, also the Food & Water Action California State Director. “If Newsom really wants to usher California into a safe, reliable renewable energy future, he should immediately move forward with exploring public power options. It’s time to move away from relying on utilities controlled by for-profit corporations like PG&E to more accountable and affordable options like public power.”

Last year Pacific Gas & Electric dumped $9,580,357 into general lobbying, including total payments to in-house staff lobbyists and lobbying firms, along with paying for meals and other items for legislators. PG&E even surpassed the Western States Petroleum Association, the largest and most powerful corporate lobbing group in Sacramento, in lobbying expenses.

The company spent the most money in the seventh quarter of the 2017-2018 session, dumping $6,111,332 into general lobbying and $168,668 into lobbying the CPUC. This is one of the largest amounts of money spent on lobbying by any organization in one quarter.

Of this total money, the company spent $6,369,631 in 2018 on “payments for grassroots and other advocacy” related to state legislative proposals improving wildlife preparedness and response, according to the filing.

During a court hearing on January 31, a PG&E lawyer said the company is facing 750 lawsuits, many of them over the Camp and other fires that devastated the state over the past couple of years.

The nation’s largest utility, the Pacific Gas and Electric Company filed for reorganization in federal bankruptcy court under Chapter 11 on January 29, 2019— one day after the CPUC voted to extend a $6 billion credit line to the corporation that consumer advocates say made it easier for PG&E to file bankruptcy.

Two days before the filing by PG&E, Consumer Watchdog called for the ouster of the California Public Utilities Commission over its decision to extend the credit line to Pacific Gas & Electric in what the group called “an unneeded emergency process that allowed no time for scrutiny.”

“The unprecedented vote makes it easier for PG&E to go into bankruptcy and avoid accountability to wildfire victims, ratepayers and taxpayers,” according to the group.

In April, U.S. Bankruptcy Judge Dennis Montali approved PG&E’s plans to pay $235 million in bonuses to its executives this year. Montali approved the plan at a hearing in San Francisco, in spite of objections from lawyers for the 2017 and 2018 California wildfire victims.