I’d been wanting to book a trip with Captain Jonathon Smith and his crew for a while now, so when an opening became available on Sunday’s rockfish and crab combo on the Happy Hooker, I couldn’t pass it up!
I boarded, amid the buzz of how epic dinner was going to be and how great the weather had been over the course of the week. No one was concerned about missing any football that day, but a few were concerned about their lack of preparedness, and I was one of them.
“Where the hell am I going to put all my crab?” I pondered, glancing at the single 5-gallon bucket I had toted with me. This was going to be interesting.
My thoughts quickly turned to the water conditions. It was cold and the boat was rockin’, and I regretted not taking a double dose Dramamine that morning. The captain advised it would be a four-hour run to the Farallon Islands for the rockfish portion of our trip, so I settled into a corner of the captain’s quarters, silently fighting off the symptoms of seasickness, and slowly nodded off after pestering Captain Jonathon Smith with all of my questions as a first-time crabber. 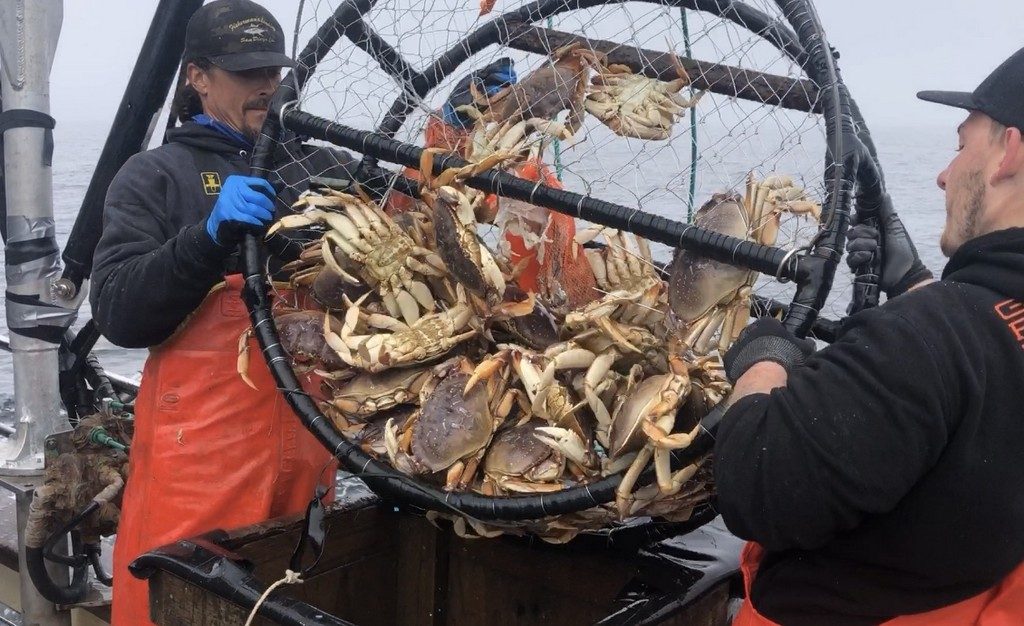 Once we arrived at our spot, deckhands Greg and JT got right down to business. As soon as we dropped our lines, rod after rod was hit, the deckhands were scrambling, and you could hear squeals and cheers from all around the deck.
The bite was so good, I didn’t even have to tip my hooks with any sort of live bait and just used the bare shrimp flies that were tied on. That didn’t seem to deter the fish because less than 30 minutes later I had caught my limit with a nice mixed bag of vermilion, coppers, and canaries and had even upgraded several of the fish in my bag.
The main attraction, however, was the crab – and we had a boatload of anglers as eager to witness the process of harvesting these creatures as they were to feast on them later in the day.
A quick 60-minute run took us to one of three strings belonging to the Happy Hooker. This is when the good stuff started. 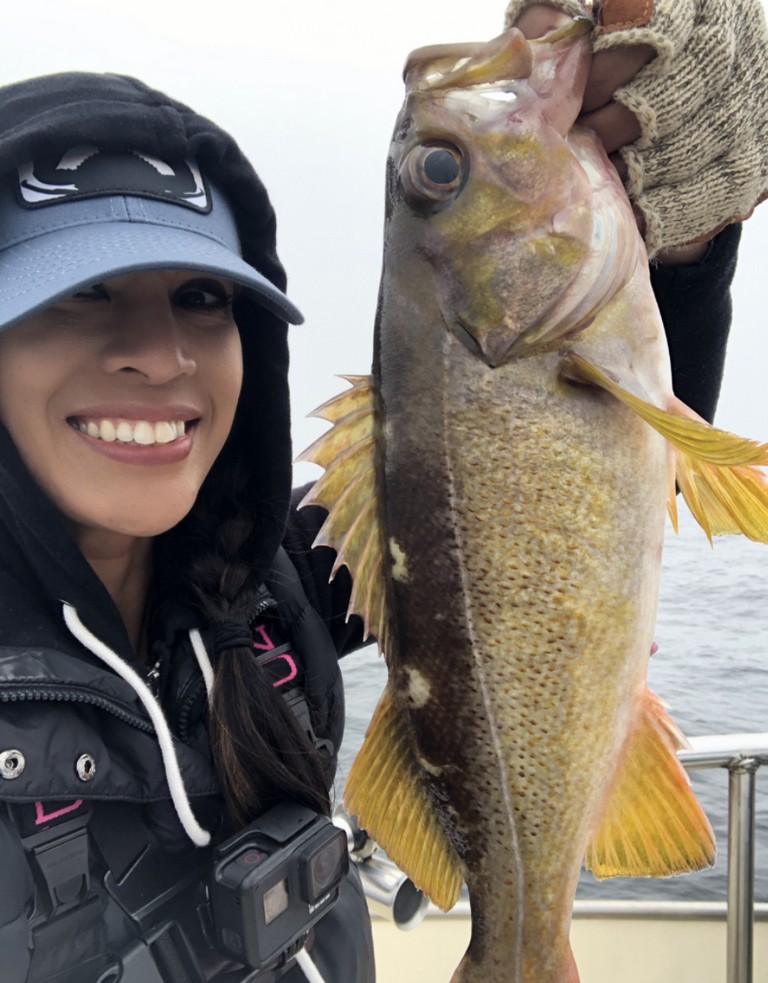 At each crab pot location, a volunteer from the group would hook the line, lift it out of the water, and hand it to the deckhand, Greg. Greg then attached the line to the aggressively swift pulley which hoisted the pot up from the depths of the Pacific. One by one, each trap was removed, teeming with large, feisty males, garnering cheers and applause from everyone on board.
Once the crabs were placed into a holding receptacle, the 60-lb. traps were immediately baited again with chopped up squid and rockfish heads, secured, and dropped back into the ocean to soak for two more days.
Each trap seemed fuller than the last, and our volunteer who kept track of the count could barely keep up. Our target was 380 Dungeness crabs, providing everyone with their limit of 10 to take home. We reached that number within 40 minutes, and it turned out to be the largest amount pulled so far this season on the Happy Hooker.
The entire process was thrilling and entertaining to watch, but I was also impressed by the efficiency of the crew and their handling of and care for the crab. This type of work ethic was likely instilled in Jonathon by his grandfather, Jim, who ran the Happy Hooker from 1980 until Jonathon bought the operation from him in 2017.
Back at the dock, weary anglers (including myself) departed the boat and joined the lines at the boiling tents to have their crab cooked and cleaned before heading out. An hour later, I was back home cracking giant crab legs in my kitchen, feasting on the sweet, abundantly meaty bodies we had watched being harvested with such excitement. Definitely an upgrade from my usual fast food runs going home from the marina!