Well, January is in the books. Unfortunately, I was only able to get out one time to Lake Oroville, but spoke with several people who said the month was amazing and the kings were on the prowl.
Thanks to Yuba City local, Rusty Chester, he offered a ride with him on January 27th to see if we could get into the fun. Rusty had already been up there a few times with other friends and since we both had the day off, we decided to give it a go.
We arrived at the spillway launch at about 7am, just as the sun was beginning to lighten the sky. We put Rusty’s G3 in the water and headed out to troll in front of the dam. Right away, we noticed a problem, the axle on his downrigger was stripped, so we would have to fish 3 riggers instead of 4. It turns out it’s not going to be a major expense, so Rusty is in luck there. 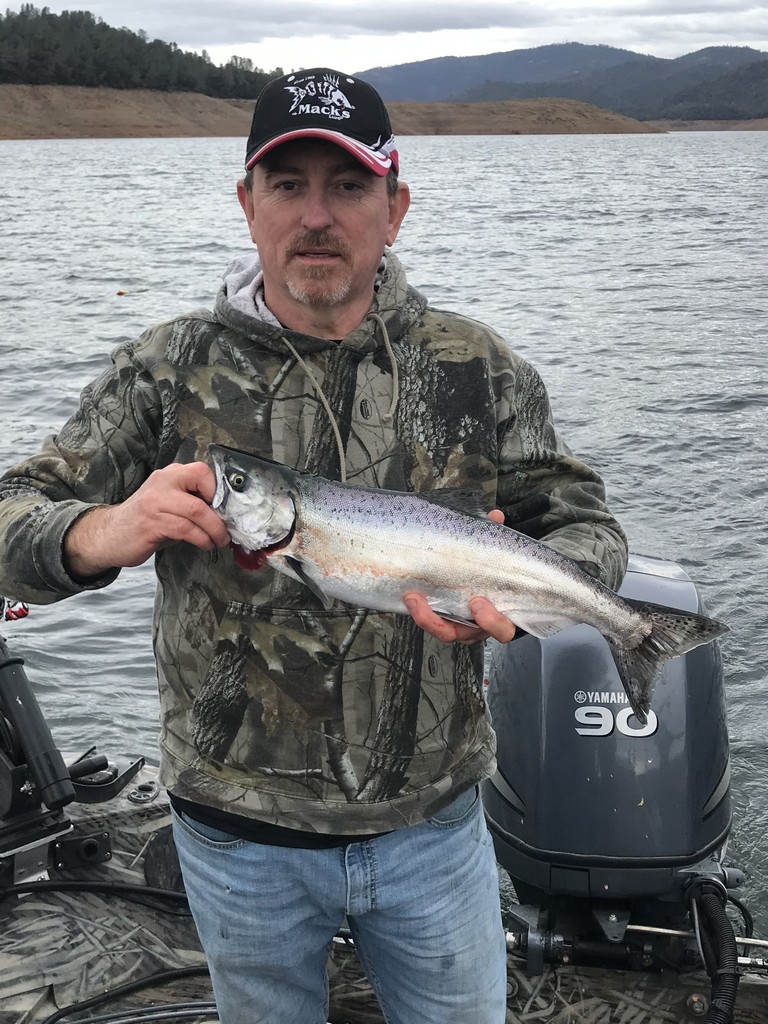 As we began our troll, Rusty told me he had seen reports that some fish had been taken at 30-50 feet, but he has had his best luck at 83’. When I looked at the Lowrance, I could see why; Bait balls and lots of them holding in the 90-120’ range. It looked like a virtual smorgasbord for kings!
Rusty quickly put out what has been working for him, his homemade “Top Coater” dodger trailing a “Christine Special” Brad’s cut plug.
Being a Mack’s Pro Staffer, I knew I could find a combo from Mack’s that would do just as well, but I didn’t really know anything about the lake (first time I’d fished this area).
Rusty quickly put a nice 18” king in the box while I still cycled through my gear looking for that one combo that would get a reaction. I found that combo in the Mack’s Purple Haze UV DD Dodger, trailing a Barbarian Nightmare Double Whammy Wedding Ring.
Rusty and I fished in front of the dam all day with the “Wall” being the best producing area. 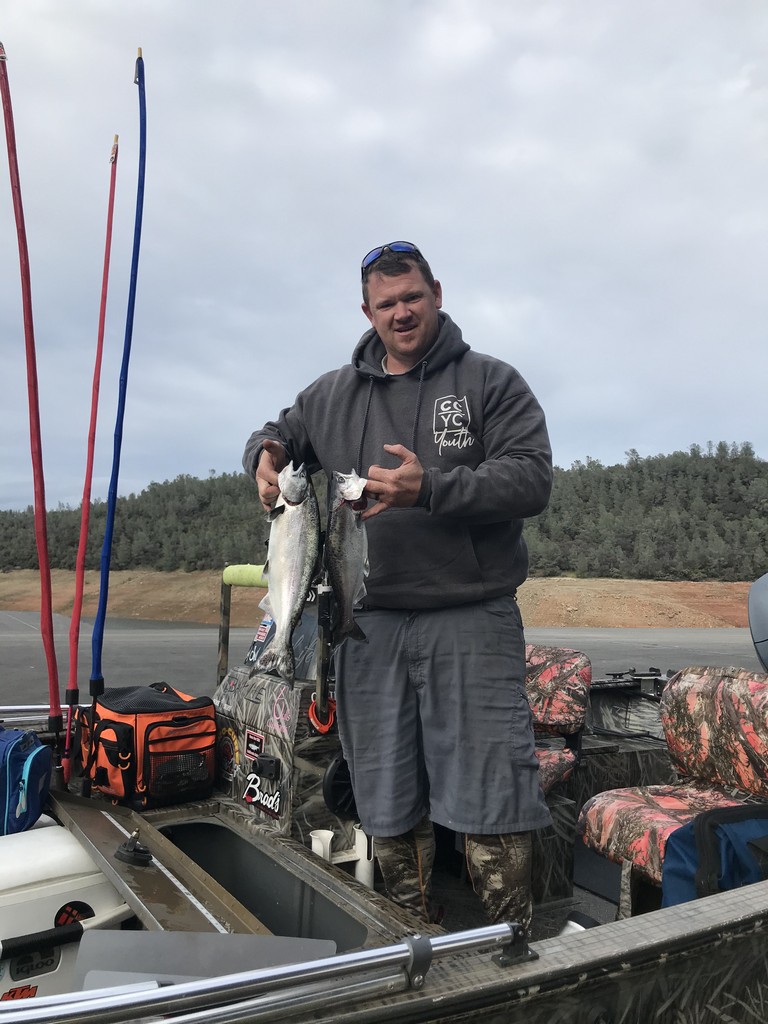 For the day, we missed a few fish, lost a few at the boat, but managed to put 4 kings in the box. The largest one came on the afternoon bite and measured in at 3.65 pounds and 21 inches long.
That fish inhaled that Barbarian Nightmare and wasn’t about to let go of its prize. It made several runs, stripping out line and even tried to dive under the boat. It made a dash for the downrigger weight, but Rusty was right on the spot with the net to get this bad boy in the boat.
So here’s the run down if you want to make the trip. We fished between 1.6-1.9mph with the higher speeds producing the better fishing. We trolled down to 85’, just above the bait balls and the “Wall” was the hot spot.
Launching from the spillway ramp was easy with no wait. The wind was light and variable throughout the day and the air temp was in the low 50’s. The sun made an appearance a few times, but for the most part the day was overcast.
The Big O is putting out some quality Kings right now, so get out and get yours!